EDISON, NJ—In a bizarre proceeding held largely in secret, a majority of the Township’s Ethics Board came to the conclusion that Mayor Thomas Lankey had violated the state’s ethics law.

The board met privately for over an hour before taking a surprising 4-0 vote that Lankey had violated the law by accepting free legal representation from the town’s official attorney in a personal matter.

But by a 5-1 vote, the board also opted not to fine Lankey, a part-time mayor who also works at JFK Hospital.

The decision makes it likely that no hearing will be held on the matter.

“We had enough data in front of us to make a determination,” said James Lenox, the board’s Vice Chair.

The board’s attorney, Stan Fink, said a hearing will be held only if Lankey requests one.

“Mayor Lankey has no comment at this time on the Ethics Board’s decision,” a spokesperson for his office told New Brunswick Today.

“The members found that based on the Edison Code of Ethics, rules and procedures promulgated, and NJSA 40A:9‐22.5(f),There has been an Ethics violation,” the board’s secretary wrote to Lankey yesterday, opting not to use the term censure.

“No penalty was assessed or deemed necessary,” reads the letter.

But it’s questionable whether it was legal for the board to waive any financial penalties.

“We take this very seriously and we’re just trying to follow the procedures,” said Chairwoman Debbie Stevens, one of two board members who abstained from the vote to find Lankey guilty without explanation. “We have spent a lot of time here.”

Stevens is an elected Democratic Committeewoman in her neighborhood, and until recently gave generously to the local Democratic Organization.

Between November 2010 and August 2012, she gave $2,000 to the Edison Democratic Organization, which has consistently supported Lankey.

The irony is that it all started with a ticket the newly-elected Mayor was issued by Highland Park Police, for talking on his cell phone while driving.  Lankey was never pulled over, but instead a ticket was mailed to him for the violation. 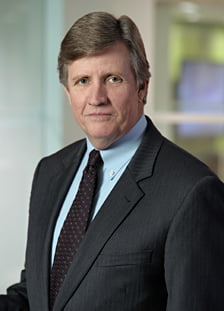 Lankey showed up to court with Bill Northgrave, the the man he hired to be the Township Attorney, who represented the mayor at no charge.  Lankey pleaded guilty and paid a $100 fine.

Northgrave is also general counsel to the Township of Little Falls and the Woodbridge Redevelopment Agency, according to his firm’s website.  He was also the legal advisor to Lankey’s Transition Team.

Previously, Northgrave served as general counsel to the state’s Democratic Committee and was elected chairman of a joint convention of Middlesex and Somerset party officials that selected Joe Danielsen to serve in the NJ Assembly in October.

Northgrave works for the powerful McManimon, Scotland & Baumann firm in Roseland, and has connections to Democratic politics in Hudson County.

A woman who answered the phone at Northgrave’s office last week said he would return a phone call from NBToday, but he never did.

Two members of the board, Stevens, a Democrat, and Dr. Robert Maurer, a Republican, abstained from voting on the matter without stating why.  Both voted in favor of the $0 fine.

Only Jim Kearstan, a Republican, voted against the $0 fine.

After the votes, the board meeting quickly devolved into a de facto press conference as journalists and the man who filed the complaint peppered the board with questions, many of which remain unanswered.

Board members were so tight-lipped about the matter that they never once utterred Lankey’s name, despite finding him guilty of violating the state’s ethics law. 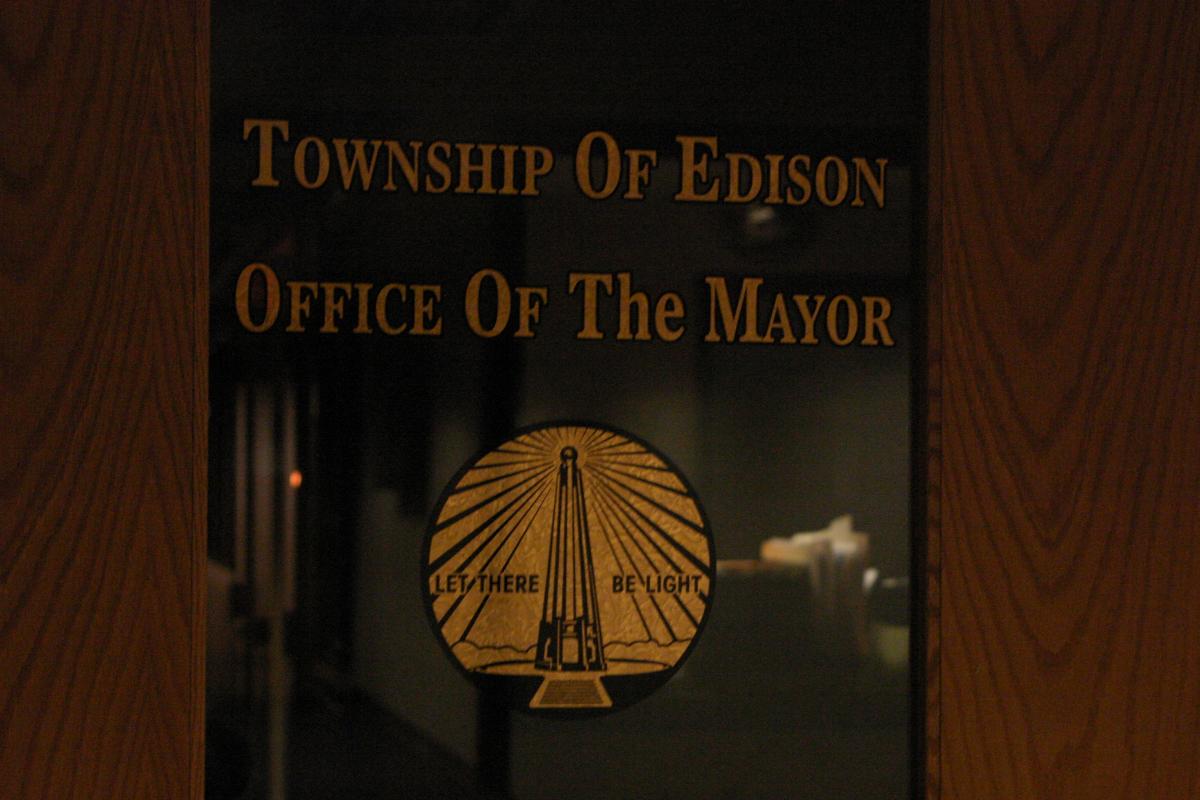 “You can’t use the names.  We have a complaint of record and the complaint speaks for itself,” Fink instructed the board members.

Instead, they were repeatedly advised by Fink to refer only to the complaint’s docket number, “14-01,” and told the board they should not discuss the matter “publically, after the meeting, or during the meeting.”

Asked to provide details of the complaint, or indicate when if ever he would advise the board that they could acknowledge the name of the guilty party, board members and their attorney did not have much to say.

“You see that everybody is giving you the same answer to your questions,” said board member Norman Blick, defending the secrecy. “We’re all programmed the same way, so there’s gotta be a good reason.”

John Paff, an open government advocate who filed the complaint against Lankey, said it seemed absurd for Lankey’s name to be protected by any sort of confidentiality.

Interviewed by reporters after the meeting, Paff pointed out that the names of people accused of crimes are made public in court records and open hearings.

Paff said the ethics board’s findings far exceed the standard of probable cause, the standard used to file criminal charges.

“This board is issuing a notice of violation, essentially, but they are not naming the person who it which sounds, frankly, absurd,” said Paff, who pointed out the state-level counterpart to local ethics boards, the Local Finance Board, does indeed name those it finds guilty.

“The state does tell, when they violate someone, they put the violation right out there with a name and everything,” said Paff, who served on the Franklin Township ethics board and regularly files ethics complaints against public officials.

“I understand where you’re coming from because there is no real rule book that the state issues,” said Paff, sympathizing with the board. “And the rules they do have are confusing and unclear.”

Ethics complaints, and local ethics boards, are remarkably rare these days.  Only seven counties and thirty-eight towns have their own ethics board according to the state website.

Edison’s board was not listed as one that is “operating with a code deemed approved by the Local Finance Board.”

The Edison board said they have dealt with less than a dozen complaints in five years, according to the Home News Tribune’s Bob Makin.  They said confidentiality concerns were never a problem before because no members of the public had been in attendance.

But, last night, there were no less than five reporters present.

The board says this was the third time it met to discuss John Paff’s complaint, but Paff told New Brunswick Today he was only notified about this most recent meeting. 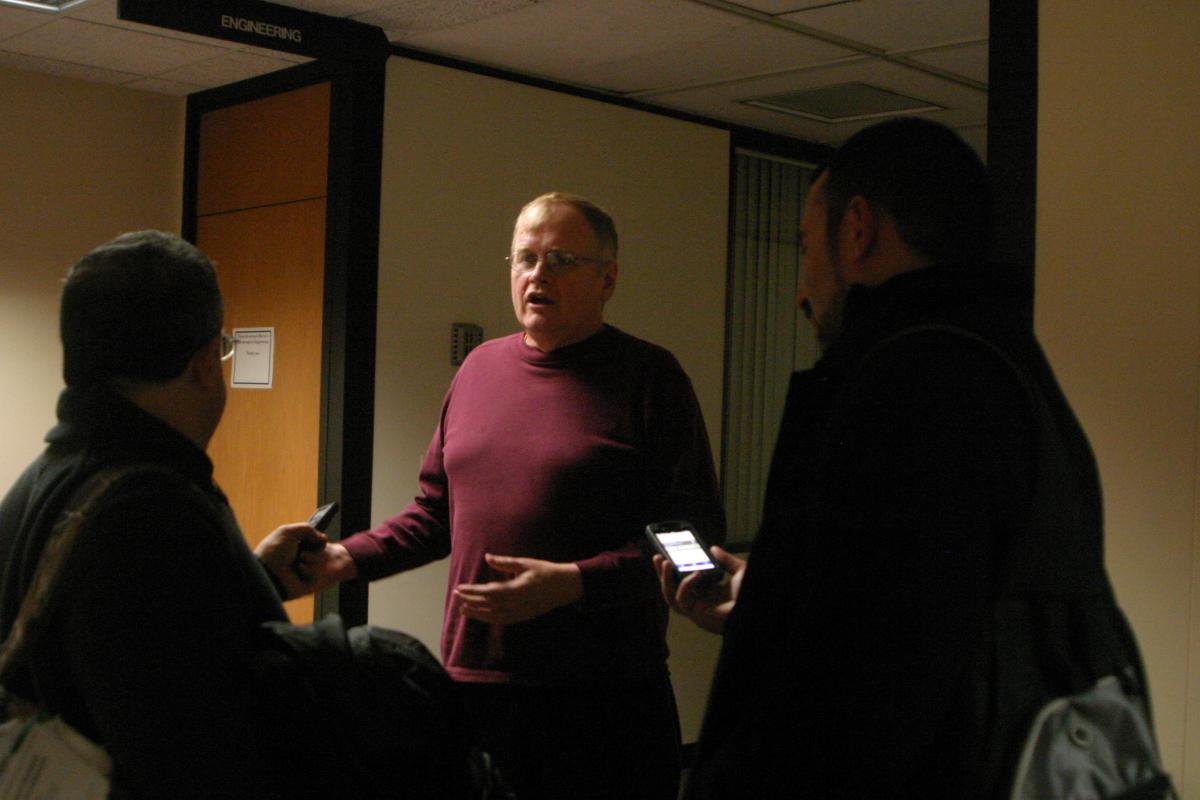 While journalists waited outside the closed session, Paff explained to reporters why he filed the ethics complaint against Lankey.

Sparked by an article by NJ.com’s Brian Amaral that pointed out the hipocracy of a new Edison campaign against distracted driving, Paff thought it was questionable that Northgrave represented Lankey, effectively his boss, in court.

“I used to serve on the Franklin Township Ethics Board until the powers that be decided it was best not to have an ethics board,” Paff said, adding that the state and its Local Finance Board were not very helpful in clarifying problems or vagaries in the law.

“Theres’ something wrong with a system that’s been around since 1991… where some of the most fundamental things are still not known about it.”

For example, the board members said that fine money goes to the Township, but Paff said the Franklin Ethics Board had previously passed along their fine money to the state.

For his part, Paff feels the effort was a success.  Though the punishment was light, Paff believes that the ruling set a statewide precedent that accepting free services from subordinates is unethical.

The issue had never previously been addressed one way or the other in New Jersey, Paff said.