“The success of New Brunswick Development Corporation has proven the concept,” reads the report from the four-member committee, which includes the current President of DEVCO, Chris Paladino.

“ACDevCo would also function as a Land Bank, acquiring certain blighted properties and demolishing existing structures. These parcels could then be sold to approved developers as the market strengthens with the proceeds reinvested in Atlantic City.”

The new company could demolish “certain failed casinos” in order to create parks and open space, increasing access to the world’s longest Boardwalk.

The governor’s commission recommended diverting those funds into starting the ACDevco company.

The committee also recommended targeting spending, stabilizing the tax base, reforming the schools by increasing state aid while cutting operating costs, slashing pensions (or at least delaying them), and having a regional jurisdiction take over some of Atlantic City’s municipal functions. 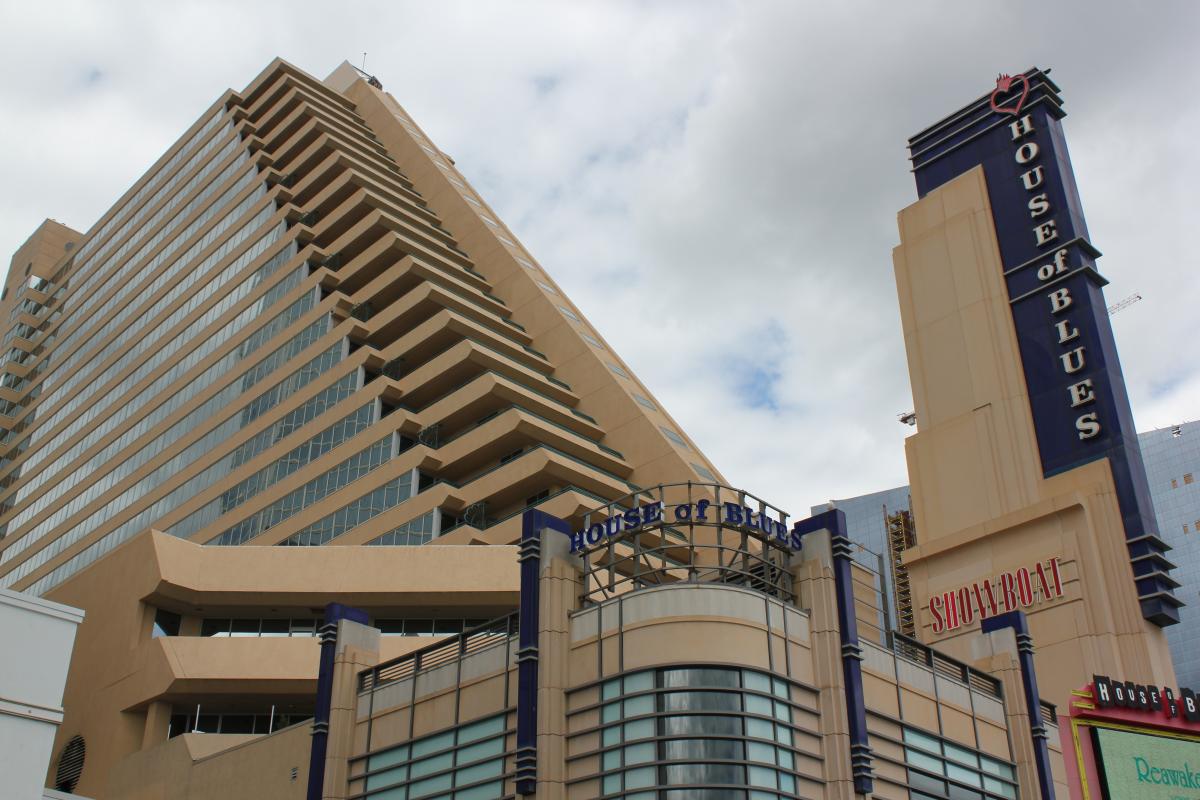 But a “Devco” likely won’t be the only thing New Brunswick and Atlantic City have in common.  A key part of what makes New Brunswick unique is the presence of Rutgers University, a major institution that brings thousands of students, faculty, staff, and visitors to the city every day.

Straub told the news service his ideal student would be, “free, white and over 21,” an archaic expression for someone without financial obligations, presumably a well-to-do student.

While it remains to be seen how successful a college campus in a former casino might be, Straub and others agree: “Another casino in Atlantic City is not the answer.”

But the similarities between New Brunswick and Atlantic City don’t end there.  A Brunswick-based developer and a popular Hub City restaurant are among the familiar names that have also set their sights on AC.

Meanwhile, the owners of Destination Dogs, a restaurant in downtown New Brunswick featured on TV and in the New York Times, have already opened up a spot in AC known as “Perfectly Innocent Amusement Co.” 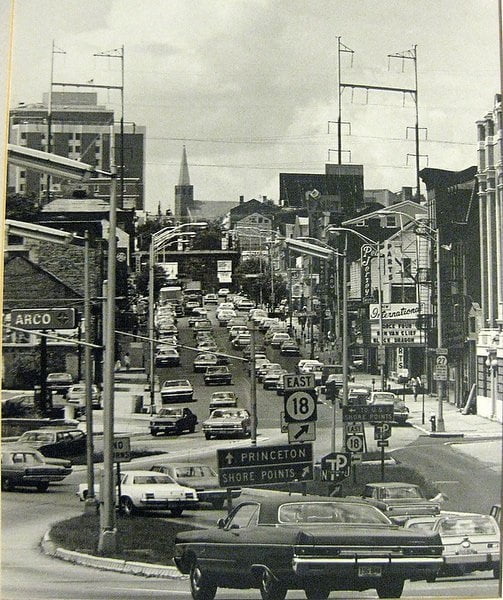 New Brunswick sprouted its own Devco, which describes itself as a “private nonprofit urban real estate development company,” in the 1970’s, as the city’s industrial base was dwindling and wealthy residents were leaving for the booming suburbs.

Johnson and Johnson, like so many other companies in that era, threatened to leave its home city for the suburbs.  But the company’s board narrowly decided to build a new headquarters in New Brunswick, on certain conditions, including the extension of Route 18.

As such, Rutgers University, Johnson and Johnson, City Hall, and the New Jersey Economic Development Authority came together to found DEVCO, with the mission of redeveloping the city’s downtown through removal of “blighted and dangerous” areas and the construction of new buildings.

Conversely, Atlantic City’s strategy of legalized gambling has been faltering, thanks in part to gambling competition from elsewhere. Pennsylvania, New York, and Connecticut now have casinos of their own, drawing people that would have otherwise gone to Atlantic City. Non-profit corporations like DEVCO, often referred to as “community development corporations” (CDC’s) have been around since at least the 1960s, if not even earlier. They arose out of a combination of two separate movements.

Americans came back from travels to England with ideas of starting their own “settlement houses,” the point being to get the poor out of poverty.

During the 1960’s, most American cities experienced destructive rioting, and it was out of those experiences that the modern community development corporation was born, a hybrid of charity and commerce. 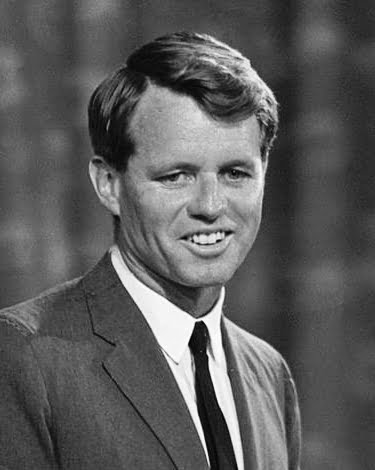 Some aspects of Kennedy’s approach resembled DEVCO. Kennedy announced that there would be two non-profits, one headed by leaders of the community, and another run by major business executives, including the chairman of IBM and the chairman of the company today known as Citibank.

In 1968, people in certain parts of Pittsburgh found it difficult to get loans for housing, eventually teaming with a local bank and a foundation to launch a lending and advice program called “Neighborhood Housing Services,” focusing on home improvement loans and advice for low-income individuals.

After that, numerous other funding aids emerged, from the public sector and from the private sector, and plenty of CDC’s were born in the hopes of making money off of real estate and using it to improve American cities.

But some CDC’s didn’t make it.  The Codman Square CDC in Boston, for example, poured money into a recently-closed neighborhood supermarket, but their reopened store quickly closed, causing the failure of that corporation.