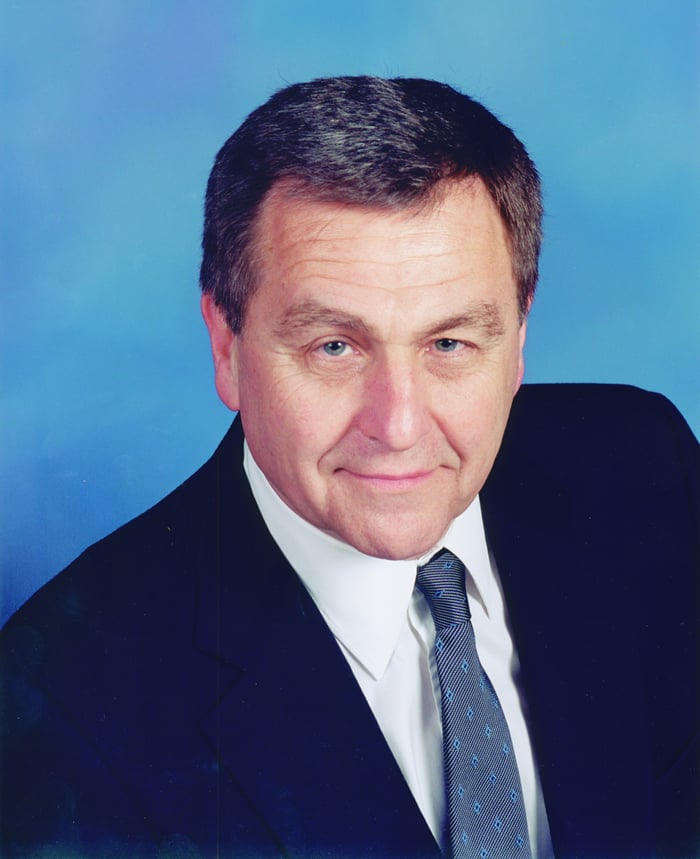 TRENTON, NJ—New Jersey Governor Chris Christie, along with New York Governor Andrew Cuomo, announced an overhaul of the Port Authority of New York and New Jersey's administration, at the same time they opted not to approve bills passed by state legislators with the same goal.

Among the recommendations by the two governors for all members on the Board of Commissioners to "tender an offer of resignation to be considered by their respective Governor."

The move came amid the backdrop of the year's biggest political scandal, where the administration of Governor Christie ordered the closure of several access lanes to the George Washington Bridge. According to the allegations, the closures were either to punish or attempt to squeeze support out of the Fort Lee Mayor during the 2013 gubenatorial elections.

The Chairman of the Board of Directors at the Authority during the lane closures scandal, David Samson, a former NJ Attorney General and close ally of Christie, resigned in March amid the controversy.

The allegations led to ongoing investigations by prosecutors, as well as a decline in Christie's polling numbers and another obstacle for his potential 2016 presidential campaign.

Being a bi-state commission, the Port Authority requires approval from legislators and executives in both New York and New Jersey in order to enact structural or organizational changes.

However, the two governors issued a joint press release on Sunday evening announcing the changes and their decision not to approve bills passed by their respective legislatures.

Instead, the Governors said they were taking recommendations from a bi-state panel they created to reform the authority, consisting of administrators from both New York and New Jersey.

"Both Governors embrace the spirit and intent of the extensive reforms contained in the omnibus pending legislation," reads the announcement.

"While neither Governor is approving the legislation as passed, they are urging their respective Legislatures and the Port Authority to work with them to implement the broad reforms package recommended by the Special Panel, recommendations which will mark a new beginning and form a basis for meaningful reform for decades to follow."

In the New Jersey State Legislature, two bills had gained support of the Senate and Assembly.

Out of the list of reforms laid out in the two bills, Christie's and Cuomo's recommendations only touch upon the reform of access to public records.

One bill, S2183/A3350, would have required the Port Authority to be subject to New Jersey's Open Public Records Act, as well as New York's Freedom of Information Law.

The bill notes that if the public records laws for New York and New Jersey conflict with each other, the laws from the state with the "greatest rights of access" would be applied to that scenario.

Saying that the bill "seeks to legislate what the Port Authority has already accomplished by a resolution passed on October 22, 2014" and "would result in unnecessary conflicts of law that would only frustrate disclosure without enhancing transparency," Christie returned the bill by conditional veto, recommending the legislature amend it.

Conversely, Cuomo approved the companion bill he had been presented with.

But a slew of other reforms, identified in a different bill, S2181/A3417, would have added a new set of oversight responsibilities to the authority's Board of Commissioners and its Office of the Inspector General.

None of those changes will be implemented unless both Governors see their vetos overturned by a super-majority of legislators.

One of the bill's provisions not mentioned by the Governors conducted by the two governors would provide for the protection of whistblowers. The bill required the Port Authority to develop protection and assistance programs for whistleblowers.

NJ State Senator Bob Gordon had been critical the Governors' failure to include reforms that would protect whistleblowers, saying, "Without these and other provisions of our bill, the measures proposed by the governors will do little to bring the agency out from the shadows."

Other changes veteod by both men would have required public hearings before enacting fare or toll increases, and forced the Port Authority to undergo an efficiency study every two years, conducted by an outside source.

Instead, the Governors requested offers of resignation from all of the board members, created the new positions, and announced they would be  "modifying the Chairperson’s role with the creation of Co-Chairs or a rotating chairmanship between the two states on an annual basis."

One curious bullet points in the Governor's announcement also called for "potentially partnering with a third-party operator, to enhance the [PATH train system's] operational performance and reduce its financial deficit," while another calls for the agency to "prudently [divest] existing real estate holdings and [restrict] future real estate investments to those integral to the Authority’s core transportation mission." 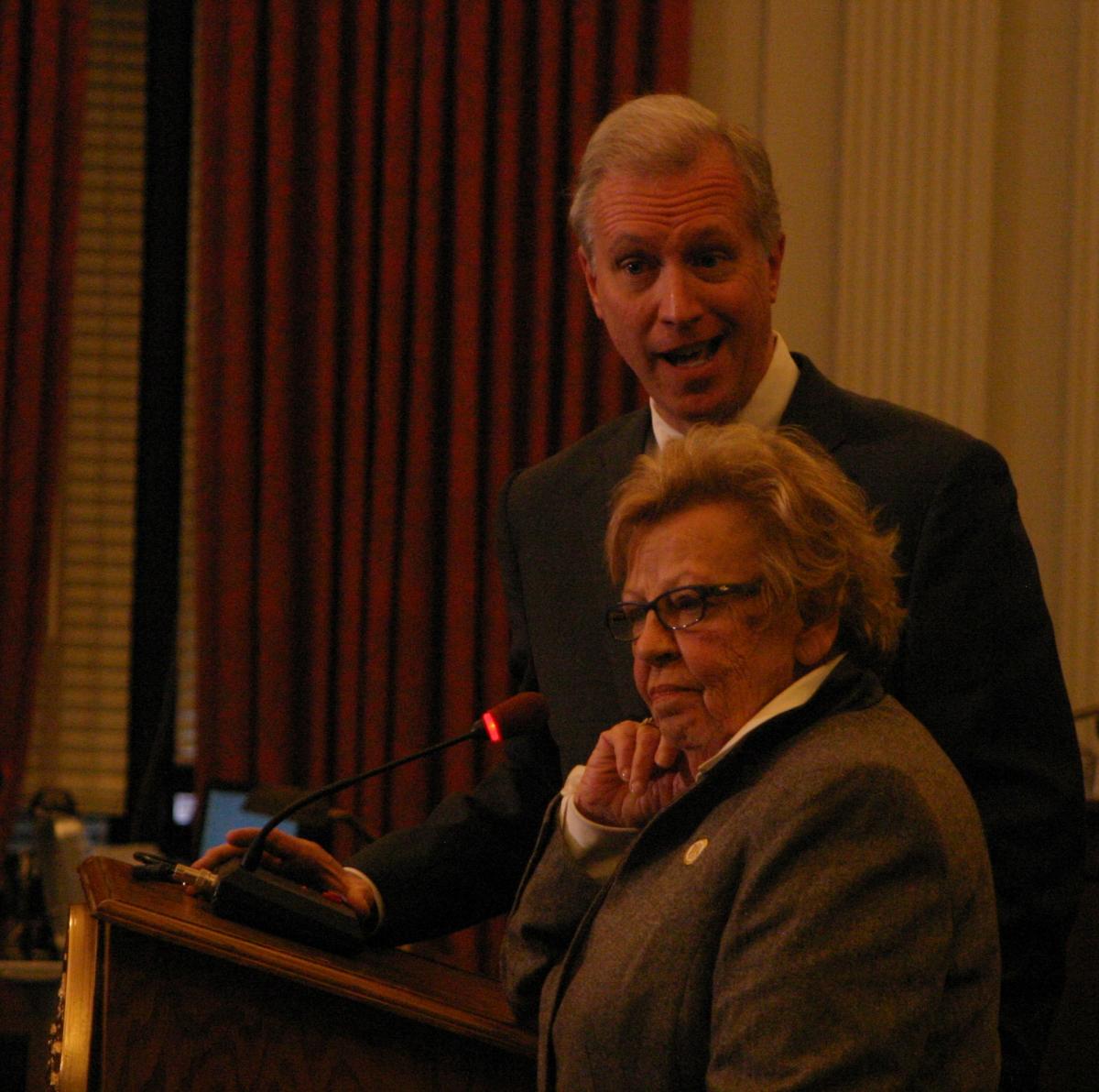 The New Jersey Legislature Select Investigation Committee, which has been investigating the "Bridgegate" scandal, convened earler in December 2014 to issue an "interim report," which proved to be contentious.

At the meeting, heavy emotions flew back and forth, as the Republican side attempted to put forward 119-page minority report for consideration by the Select Committee, but Co-Chair John Wisneiwski, a Democratic Assemblyman from Sayreville, refused.

The committee's 125-page interim report had been made public days earlier, sparking back and forth allegations regarding who leaked the document to the press.

In the wake of the vetoes of the Port Authority reform bills, numerous legislators voiced their dismay with the two Governors' actions.

"We’ve seen the Port Authority become synonymous with the Bridgegate scandal, a national black mark on an agency that oversees some of the most important transportation facilities in the region," said Senator Gordon stated in a press release.

"Delaying this effort any further means the Port Authority will remain vulnerable to the kind of dysfunction and abuse of power that shut down lanes on the world’s busiest bridge and endangered residents for four days last year," New Jersey Senator Loretta Weinberg stated.

"It also means the agency can continue to operate as if it is above the law. This inaction is disappointing."