UPDATE (11/5):  The team of Anne Gowen, Robert Roslewicz, and Michelle McFadden-DiNicola swept into all three seats that were open in the election.

HIGHLAND PARK, NJ—Seven candidates will compete for three seats on the Highland Park Board of Education during this Tuesday’s General Election.

Each of the nine members of the Board of Education hold their positions for three years. Gregory Deatz and current Board President Daniel J. Ross will be leaving the Board this November after carrying out their terms.

Jonathan Ashley Wharton, a current board appointee who has been serving an unexpired term since March, is an incumbent candidate.

Michael Greenberg, Donald Corr, Jordan T. Siegel, Anne Gowen, Robert Roslewicz, and Michelle McFadden-DiNicola are also running to be members of the Board. 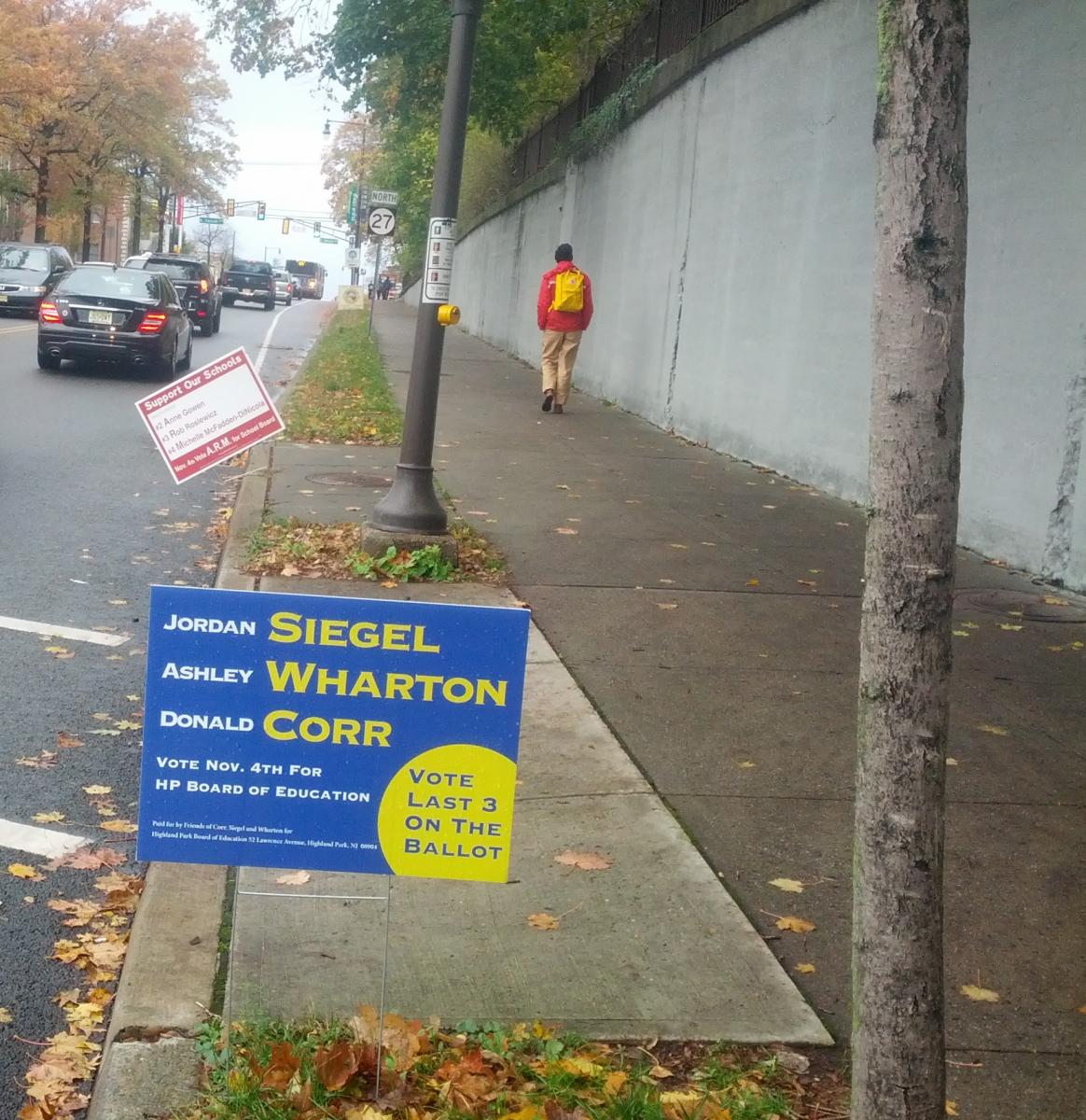 Siegel, Wharton, and Corr are running together under the UniteHP slate. Siegel is currently a school counselor, and Corr is a school psychologist. Both are NJEA members.

Gowen, Roslewicz, and McFadden-DiNicola are running as a team on the Support Our Schools Highland Park platform. Nicknamed A.R.M., they have been publically endorsed by local education organization Highland Park Cares About Schools (HPCAS).

Board Vice-President Adam Sherman, Jerri Aversa, Claire Berkowitz, Catherine Bull, Darcie Cimarusti, and Anne Sherber are not up for re-election tomorrow and will remain on the Board.

The current Board of Education faced criticism when they unanimously decided during private deliberations to buy out the three remaining years of Superintendent Timothy Capone’s contract for $112,766.

The Board also enabled Capone to collect unemployment benefits when he resigned in August after a turbulent one-year term.

Capone had laid off ten staff members from Highland Park schools last December, a controversial action protested by many of the town’s residents and teachers’ union officials.

Capone also saw a significant tax increase in the school budget during his term and hired a second assistant superintendent during his tenure, inciting outcry about a top-heavy school administration.

The HPCAS coalition has been vocal supporter of the union and critic of Capone and the current Board of Education, staging public demonstrations against their actions over the summer.

The HPCAS Facebook page states that the three A.R.M. candidates have been regular attendants at standing-room-only Board of Education meetings since the layoffs and helped to organize a vigil for Highland Park teachers and staff in December.

During the 2013-2014 school year, Highland Park lost nearly 40 staff members. According to Highland Park Education Association (HPEA) leader Kim Crane, many chose to leave as a result of a year-long contract dispute and growing job uncertainty.

An unfair labor practice lawsuit filed by the HPEA and its ten terminated members is pending resolution.

A permanent successor for Capone has yet to be selected. A replacement will be selected after the election of the new Board of Education members.