NEW BRUNSWICK, NJ—Last month, the Rutgers Mason Gross Galleries displayed an untitled exhibition of sculpture, photography, and other works of art created by upcoming Bachelor of Fine Arts seniors and a recent BFA graduate is on display at the Rutgers Civic Square Building.

There were no restrictions on subject matter and no censorship of what could be displayed and what resulted was an eccletic mix of art that touched on many modern concerns and experiences of Afro-Caribbean people living in the United States.

Jordan Campbell, a visual artist and senior at the Rutgers Mason Gross School of the Arts, produced an installation in a room dubbed the “Black Box.”

His pieces touched on the perception of African-Americans in modern America.

Campbell had arguably the most controversial display. The room displayed a series of flashing images entitled ‘Subliminal’ with racially-charged imagery and captions beneath intended to satirize pop culture’s take on African-Americans.

One such subliminal image was of a slave’s shackled arms with the caption “trap music.” 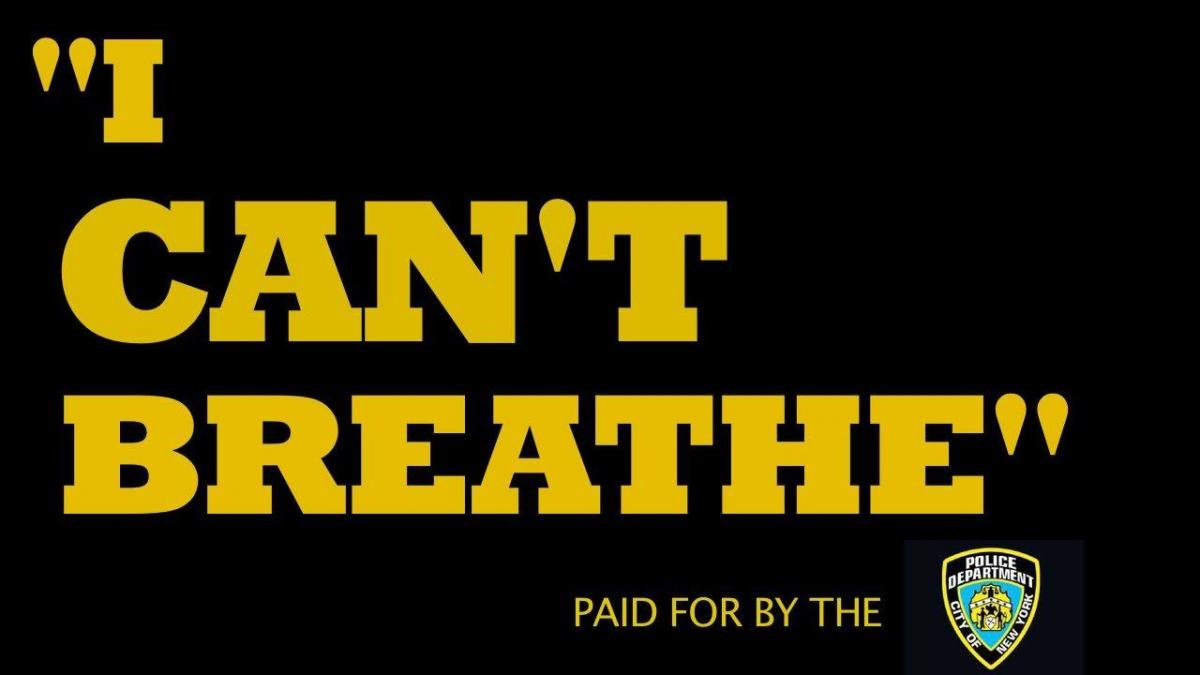 The highlight of Campbell’s installation was a two-part display of a scene from The Cosby Show with the sitcom family with arms up with a caption that said “don’t shoot,” followed by a parody of a New York Police Department advertisement, prominently featuring the last words of police bruatlity victim Eric Garner: “I can’t breathe.”

“The slaying of Michael Brown in Ferguson and of Eric Garner in Staten Island, both at the hands of police officers, also really pushed me to make this work,” Campbell said.

“I grew up in New York City my whole life so I know what a broken police system can do. I didn’t put up any Facebook statuses on the issue, nor did I go to Ferguson to march. I’m a visual artist and I used my art as a way to speak on these issues.”

Randall Parker, a Mason Gross senior, focuses mainly on photography, and his pieces dealt with gender paradigms as opposed to racial relations.

Parker says his photos are meant to battle society’s hetero-normative narrative by capturing moments that challenge the idea of modern masculinity. Parker’s goal for the show was to showcase individualism within the larger Afro-Caribbean group.

“By displaying the male figure in these private moments, I want to show the natural and real,” Parker said.  “It’s happening in real time. Nothing is manipulated. I was inspired by youth culture, masculinity/femininity, gender identity, and even drug culture.”

Rachel Fucheck, a Mason Gross senior specializing in photography, focused on international travel, exhibiting photos from her travels in both Spain and Paris.

One location of focus for Fucheck was The Museo del Prado in Madrid, Spain, the country’s main national art museum.

It features one of the world’s finest collections of European art, dating from the 12th century to the early 19th century, and unquestionably holds the greatest single collection of Spanish art.

Another location of interest for Fucheck was Les Invalides in Paris, France, a complex of buildings in Paris containing museums and monuments, all relating to the military history of France.  Napoleion Bonaparte is buried there.

Fucheck went to locations that are frequented by tourists, but clearly had an artistic eye for capturing deeper elements of the locales. 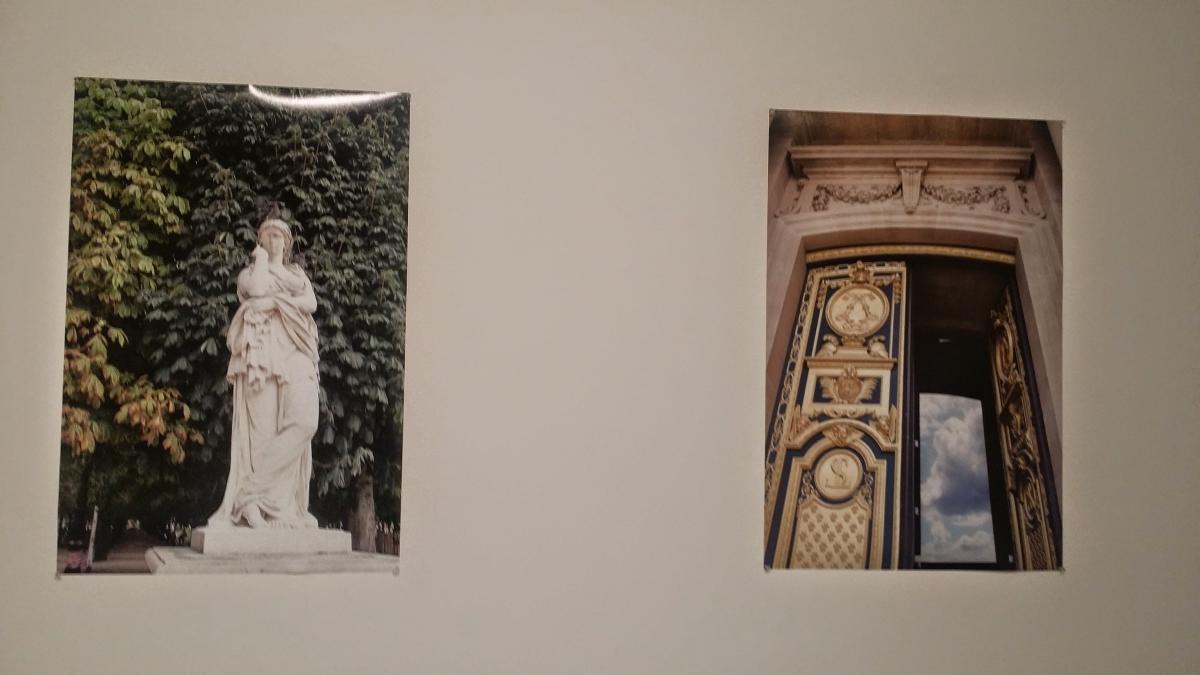 She elaborated, “I was looking for transient moments amongst the very touristic groups. Smaller moments on my own where I can slow down, and I can seperate myself from these groups.”

“My goal was to seperate the transitory from the permeance,” said Fucheck.

“These were museum settings so there is a sense of formality and permeance which were juxtpasosed with the gardens of El Prado, or the large doors of Les Invalides.”

All told, the “Pop-Up” exhibit was an excellent display of Rutgers’ and New Brunswick’s diverse artist communities.

Campbell summed it up nicely: “I’m proud of my installation but it’s one piece amongst a room full of great work by black and Caribbean descent visual art students at Mason Gross.”

“There were only 8 of us, which should reveal something about diversity in institutions like these, but the fact that we could all come together and put on a great show and make great thought provoking work as a unit is really a beautiful thing.”

The Mason Gross Galleries at Civic Square provides a spacious 4,000-square-foot venue in the heart of New Brunswick’s arts district for the exhibition of works in a variety of media.

More information on upcoming shows can be found on the school’s website.

Editor’s Note: Randall Parker is the brother of the author of this article.