The action is organized by the People’s Coalition Against Police Brutality, a coalition of students and New Brunswick residents who are dedicated to ending police brutality in their community, and communities everywhere.

The protest will begin at 3:30pm today, Tuesday, November 24 at the Douglass Student Center at 100 George Street in New Brunswick.

“The St. Louis Prosecutor’s Office failure to indict Daniel Wilson shows the true face of American injustice in this country,” states Ezra Shalom, an organizer with the coalition.

“We see that this country is willing to uphold white supremacy and racist murder and the actions of the police department rather than hold people accountable for their actions. We are not surprised by this verdict. But rather we are saddened and heartbroken by it”

Hundreds of protestors vandalized property, set fire to police cars and buildings, looted from local stores, and ran from massive clouds of tear gas last night in Ferguson, where Michael Brown was killed by Officer Wilson this summer.  More than 60 were arrested according to published reports.

On August 9, 2014 Wilson fired twelve shots at the unarmed teen, six of which struck him.  Brown’s lifeless body was left lying in the street for over four hours. 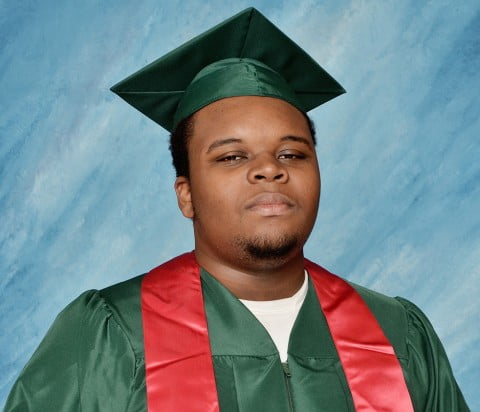 This verdict has been long-awaited by not only Missouri residents, but people all over the country–with hundreds gathering in front of the Missouri Police Station and other places.

Robert McCulloch, County Prosecutor of St. Louis, Missouri, made a lengthy statement announcing the decision, and took a few questions from the press.

McCulloch says that the biggest problem in the case has been the amount of speculation that has been portrayed on television and social media.

“Within minutes [after the shooting of Michael Brown], various accounts of the incident began appearing on social media, accounts filled with speculation, and little if any solid and accurate information,” said McCullouch.

“Almost immediately neighbors began gathering, and anger began brewing because of the various descriptions of what had happened and because of the underlying tension between the police department and the significant part of the neighborhood.

McCulloch attempted to discredit several witnesses, saying that many people who have came forward changed their stories in subsequetn statements.

McCulloch insisted that the St. Louis County Police Department conducted a full investigation, and the jurors were well-informed to make a decision.

McCulloch stated that the 12 jurors, nine whites and three blacks, began working on this case on August 20 and since then have heard 70 hours of witness testimonies, reviewed hours of audio evidence, heard from medical examiners, and met for deliberation on 25 days out of the 3-month period.

About an hour after the verdict was announced, President Barack Obama addressed the nation with a statement about the juries decision. 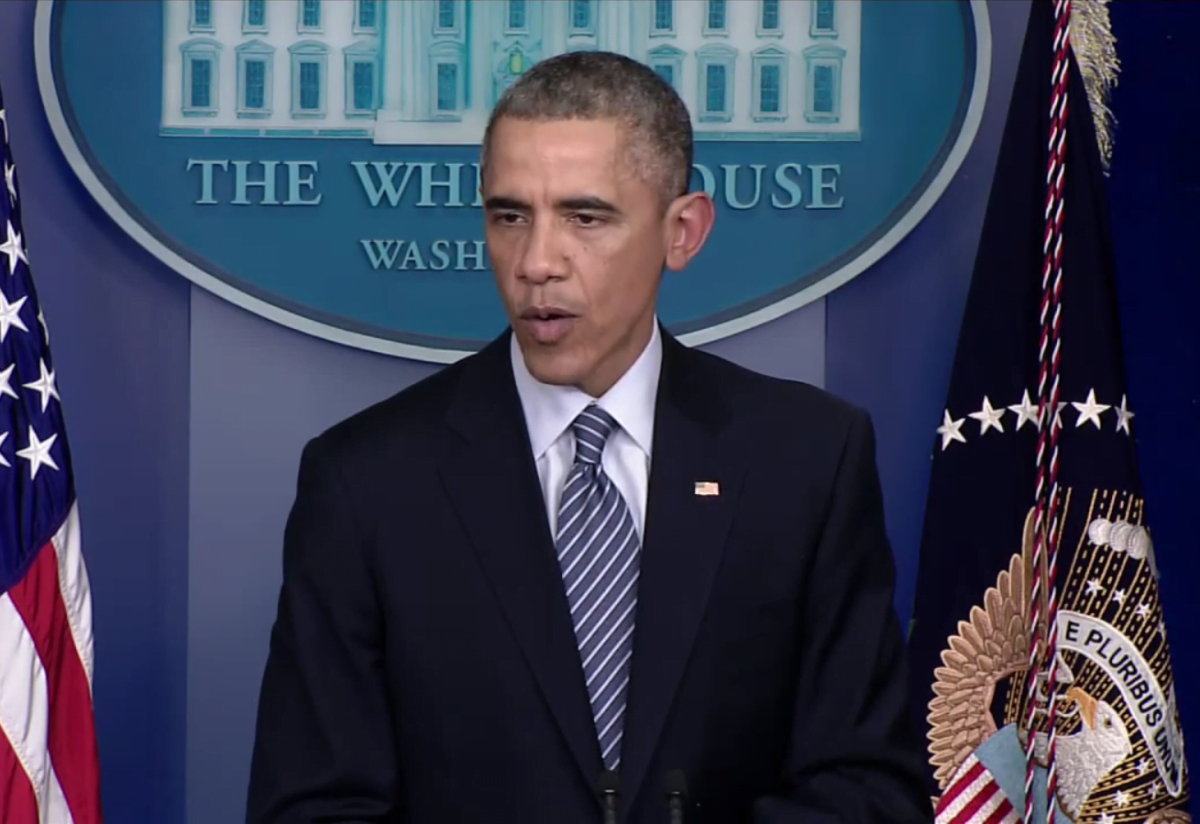 The President anticipated how the tensions in Ferguson and other places can boil over, and he called for protestors to remain peaceful, stating that we should honor Brown’s parents’ wishes not to engage in violence.

President Obama also asked police in Ferguson to show “care and restraint in managing peaceful protests that may occur,” and encouraging them to “work with the community, not against the community” to distinguish those who will use the verdict to perpetuate violence from the majority who just want their voices heard.

President Obama acknowledges the tensions within the race relations that exist between law enforcement and communities of color.

“We need to recognize that the situation in Ferguson speaks to broader challenges that we still face as a nation. The fact is that in too many parts of this country a deep distrust exists between law enforcement and communities of color. Some of this is the result of the legacy of racial discrimination in this country. And this is tragic because nobody needs good policing more than poor communities with high crime rates.”

President Obama announced that he has instructed Attorney General Eric Holder to work with law enforcement agencies across the country to help strengthen the relationship between law enforcement and members of the community.

“We have made enormous progress in race relations over the course of the past decades. I’ve witnessed that in my life. But what is also true is that there are still problems, and communities of color are not just making those problems up,” said Obama.

In the past 23 years, there have been several police killings at the hands of New Brunswick Police Department:

Victor Rodriguez, 19, was shot five times and paralyzed by New Brunswick Police in January 2013.  Video evidence shows that he was shot by police after he was face down on the ground.

Rodriguez and the family of the late Barry Deloatch have pending lawsuits against the city in the most recent shootings.  Rodriguez was indicted in the incident and plead guilty to “possessing an imitation firearm,” agreeing to up to five years on probation.