UPDATE (11/15): The City of New Brunswick announced on its website yesterday it was “temporarily” using Blumig Kennels in East Brunswick, as a result of the quarantine at Helmetta Regional Animal Shelter.

HELMETTA, NJ—As of November 13, no animals will be going into or out of the Helmetta Regional Animal Shelter following a quarantine by the county Department of Health and a raid by the New Jersey Society for the Prevention of Cruelty to Animals (NJSPCA).

NJSPCA officers arrived at the shelter just before 11am on Thursday to conduct a surprise inspection, far from the first inspection of the facility in recent memory.

During the surprise inspection, officials found that of the 170 cats on the second floor, at least 120 did not have any water in their cage.  They also found healthy animals kept alongside unhealthy ones.

Three cats and one dog were removed from the shelter in critical condition.  One animal died on the way to the veterinarian’s office and another had to be euthanized.

Animals that were scheduled to arrive at the facility were instead taken to Woodbridge Animal Shelter.

A Spotswood man named Steve Wronko helped shine a light on the problems in the Helmetta shelter when a police officer, who later resigned, kicked him out of the town’s municipal building and said on video that he did not have to follow the Constitution. 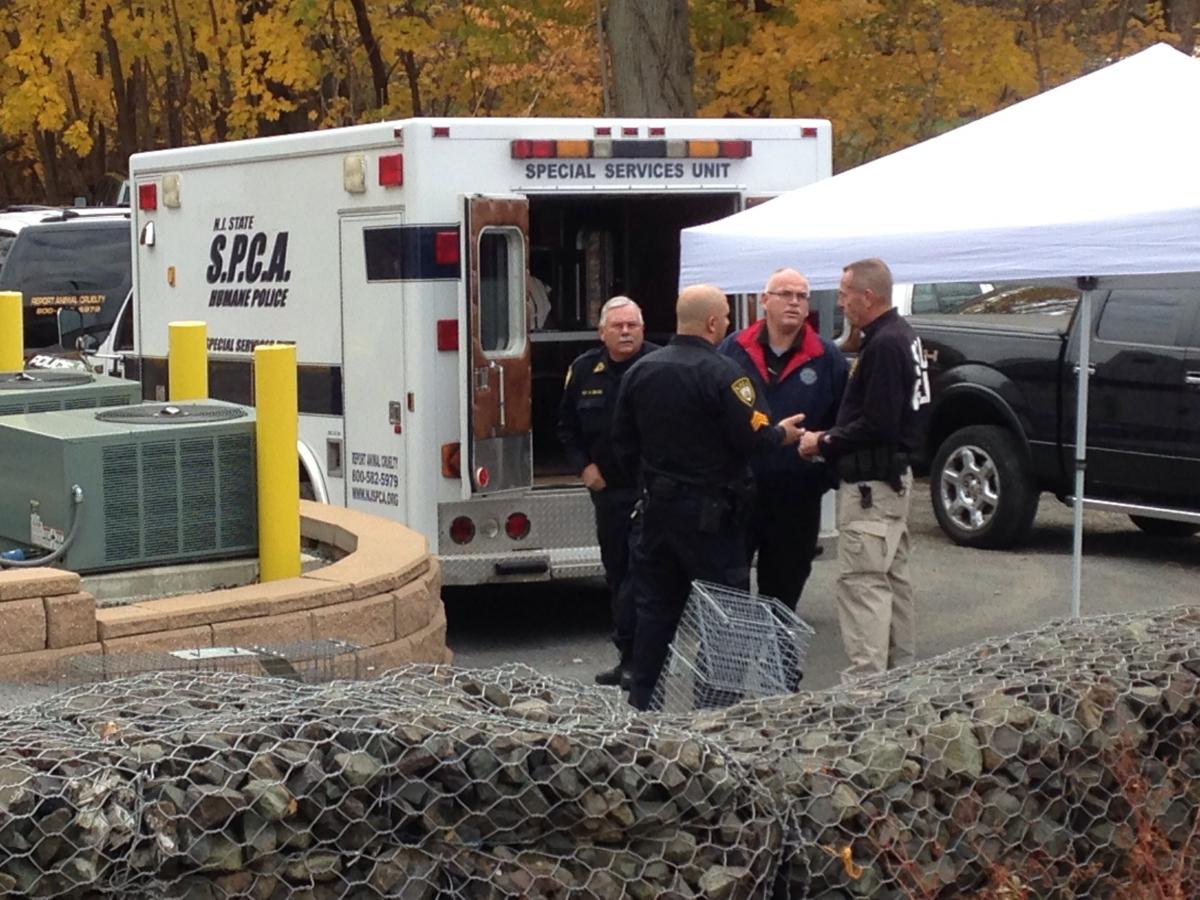 The NJSPCA issued six warnings to the Helmetta Animal Shelter prior to the raid threatening to conduct an unannounced inspection if conditions did not change.

“Our contract with them runs through mid-January,” said New Brunswick’s Business Administrator Thomas Loughlin at a November 5 City Council meeting.

“We’re already in the process of going out to bid for kennel services for 2015, and at the moment we believe we should stay with the shelter through the end of the contract unless something else presents itself.”

Prior to this year, New Brunswick used Blumig Kennels in East Brunswick.

Loughlin said officials, including his assistant Russell Marchetta, had made two unannounced visits to the Helmetta shelter.

“They were comfortable with the conditions they saw,” Loughlin said, adding he took it upon himself to visit the facility on November 3 along with Police Captain Bill Milligan and Registrar Lanny Ramirez.

“In one case, I found a room that I didn’t think was all that clean.  Maybe we got them at a bad moment,” Loughlin said.

“It’s not pleasant.  It’sad.  These animals are caged,” said Loughlin.  “There’s not a single one of them that’s happy to be where they’re at.  The place smells like a shelter, but I did not see any animals in distress,” said Loughlin. 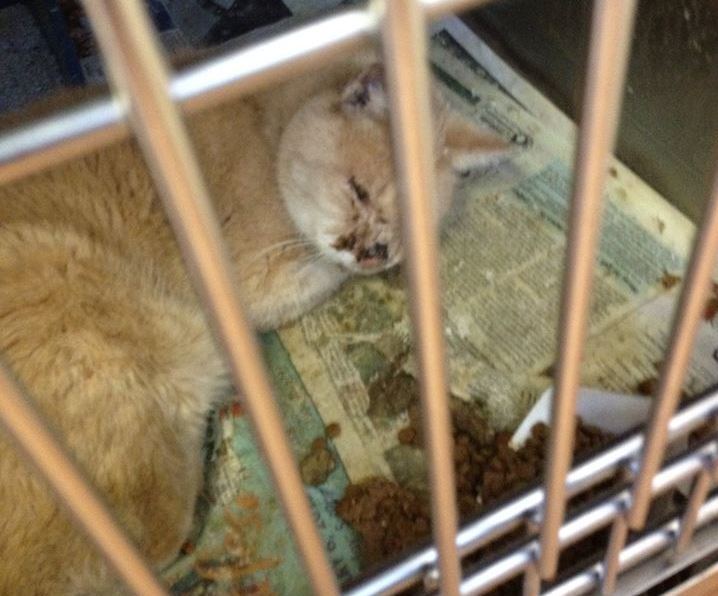 State and County Inspectors have written the shelter up for multiple offenses, including failure to supply a living animal necessary care and having sub-standard flooring, the shelter always receives at least a conditionally satisfactory rating though.

Prior to the raid, shelter veterinarian Dr. Alan Dubowy denounced the practices of the shelter in an interview with News 12’s Walt Kane.

Dubowy explained how last week, in a room for sick cats at the shelter, he found 3 dead animals, and he did not see any water dishes that actually had water in them, and the food of the animals was very dirty, indicating that they had not been fed in days.

According to Dubowy, the shelter staff routinely put new animals in the same isolation room as sick ones so that the new animals were close enough to the sick ones that they could reach through the cages and touch each other, spreading disease to healthy animals.

Another accusation against the shelter is that they euthanize a high number of animals, when they claim to be a “low kill,” shelter.

Last year the shelter euthanized 483 cats and 63 dogs, more than twice as many then any other shelter in Middlesex or Monmouth Counties.

Former shelter employee Brittney Blackburn told News 12 that the Helmetta shelter often gets shipments of puppies from the south, and routinely euthanizes old animals to make room for new, “more adoptable,” ones.

Dubowy compared the shelter managers’ policies on euthanasia to an inventory change, “New inventory comes in, let’s get rid of the old inventory.” 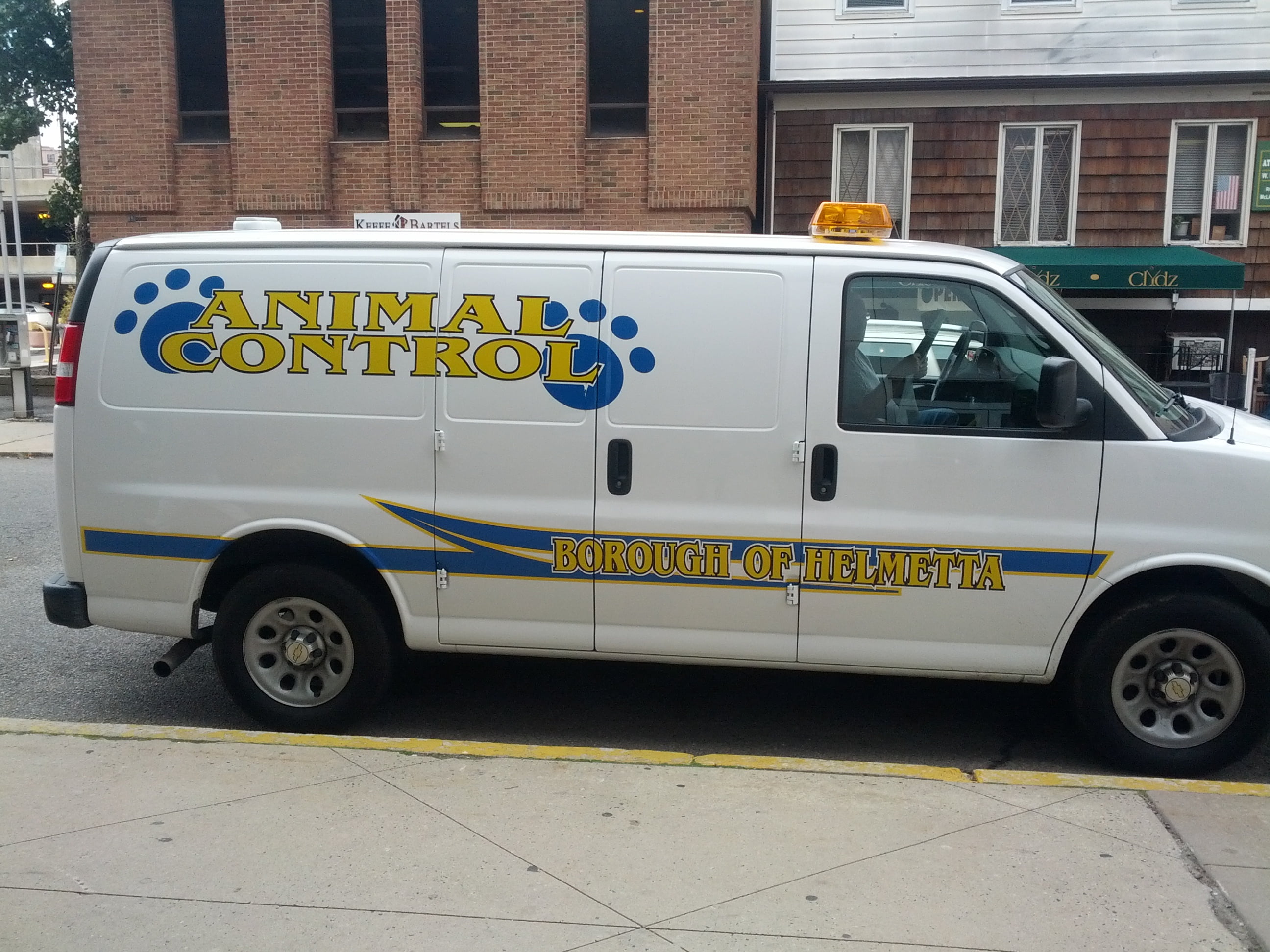 In his News 12 interview, Dubowy also stated, “They talk about euthanasia like they talk about going to lunch, well we need a couple more dog runs, we’ll get rid of a couple of dogs.”

The shelter is also being accused of allowing staff who don’t have the right certification, to preform euthanizations.

Under state law, to perform a euthanization of an animal, you must have been certified by a veterinarian, and according to Dubowy, the shelter often allows not certified personnel to euthanize animals.

Officials say that the shelter will not be taken out of quarantine and reopened until there is no longer any evidence of disease, and what will happen to the shelter administration has yet to be determined.

New Brunswick officials have not responded to the News 12 reporting, relying on Loughlin’s comments at the November 5 Council meeting.