EDISON, NJ—The Walmart in South Edison, located at 2220 State Route 27, is one of 1,600 across the country where a “Black Friday” protest is planned for November 28 at 9AM.

OUR Walmart, a “pressure group” representing Walmart’s hourly workers, is affiliated with and partly funded by the United Food and Commercial Workers International Union.

The protests would be the “biggest Black Friday strike to date,” a spokeswoman for OUR Walmart said during a recent conference call.

But according to a Walmart spokesman, “a very small fraction” of employees will participate, he said, adding that the company offers “very competitive wages” and most employees are full-time.

The “What You Can Do,” section says: “Show up on Black Friday at a Walmart near you to send Walmart a message. It could be you, you and a few friends, or you could recruit 20 people to have a rally with you if you’re ambitious! Post your action on the Action Network and invite others to join. It is possible that others from your community will come join you!” 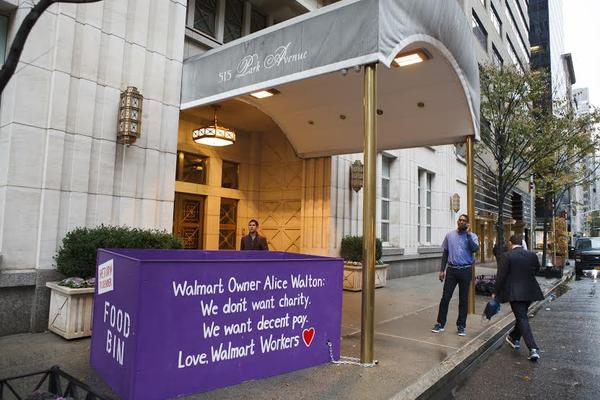