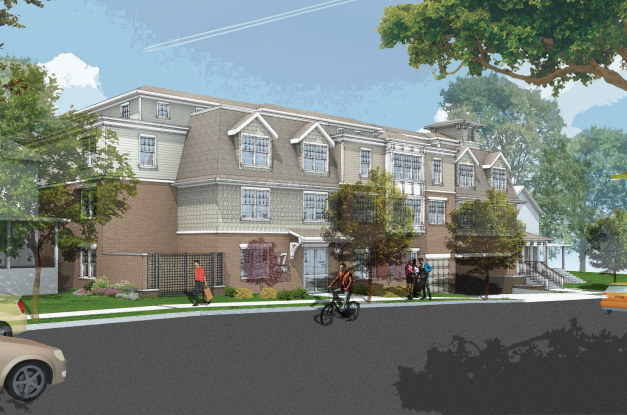 NEW BRUNSWICK, NJ—For the eight time this year, New Brunswick's Planning Board is scheduled to hear plans to build a large new apartment building on Mine Street.

Initially, plans were delayed due to a developer's miscalculation computing the number of parking spaces required, greatly downplaying the significance of a required parking variance.

The plans call for the demolition of two homes that were once the Rutgers Catholic Center, and to replace them with a four-story apartment building with 66 bedrooms.

They require Planning Board approval because the building would offer just 43 underground spaces, far less than the 96 required under the area's redevelopment plan.

In April, testimony from the public, mostly opponents of the plans, went on for hours and never completed, sending the developer back to the drawing board.

Still, neighbors say the four-story, 52-unit building would dwarf the surrounding homes, some of which are historic, and that the building could bring as many as 132 new residents to the block.

And, so the opponents say, many of their new neighbors will own cars, far more than the number of spaces the developer is providing in an underground parking deck.

They argue the new residents, and their guests, will make it even harder than it already is to find parking in the neighborhood, which is adjacent to the Rutgers University campus.

But, when it came time for the next meeting, so many people came that they couldn't all fit in the room. 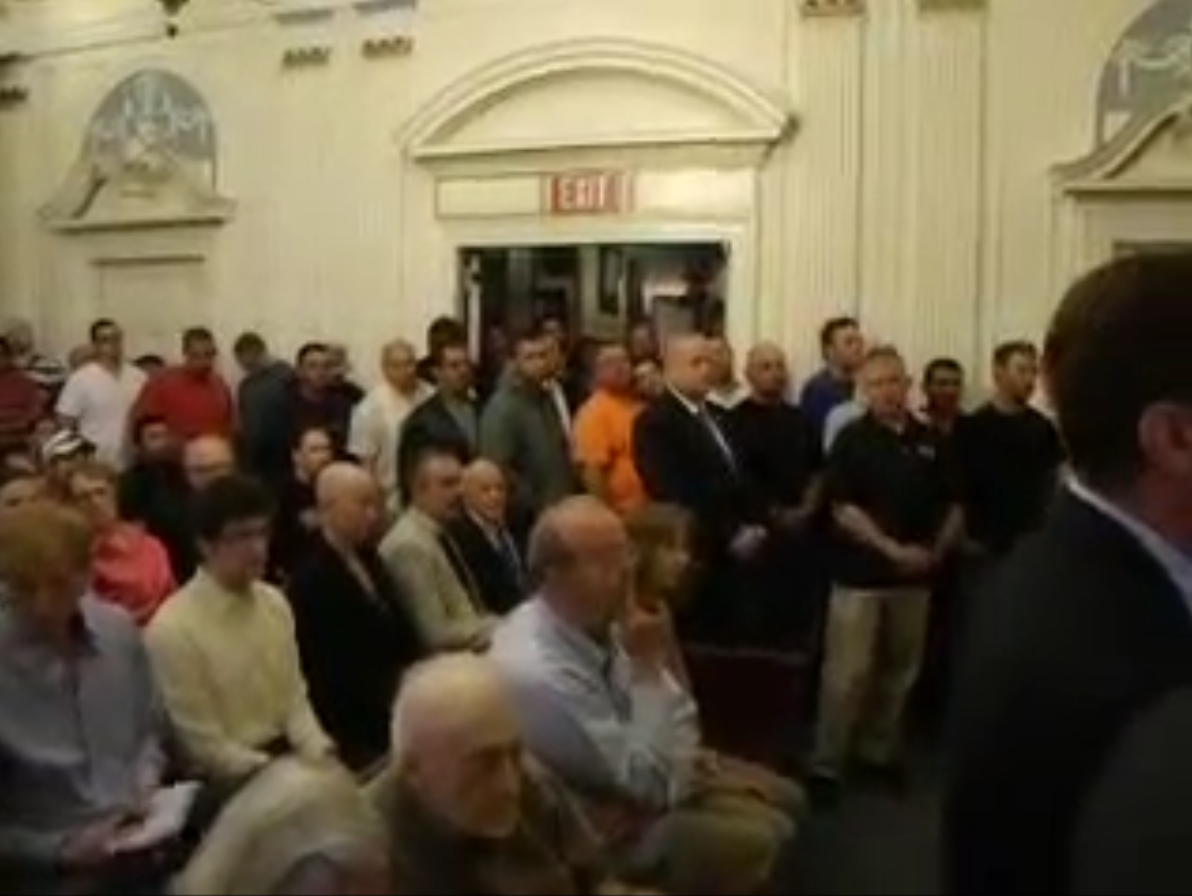 After the Planning Board's attorney Ben Bucca raised the idea of calling the police "to force the people to leave" another attorney objected and the May 13 meeting was called off.

In August, the same thing happened, after Planning Director Glenn Patterson went back on his word to find a larger room for the meeting.

Following an ethics complaint filed against Bucca by the author of this article, alleging that Bucca's employment with Rutgers University represents a substantial conflict.

At first, Bucca said he would be exonerated, and made no mention of stepping aside, but then came the announcement that the Planning Board's next hearing would feature a new attorney.

Rutgers University owned the site of the proposed apartment building from 2008 until last fall, when it was sold for $1 to a shell company operated by New Brunswick Development Corporation.

Much of the school's flagship campus is undergoing large-scale redevelopment, including a 15-story Rutgers highrise going up just a block away. Additionally, a Rutgers parking garage is in the planning stages for the other side of Mine Street.

Though the Mine Street development was first conceived as housing for the NBTS, that organization's President has remained silent on the project and there has been no word of a deal between the builder and the learning institution.

Nevertheless the plans call for a separate entrance for Seminarians, who would occupy 10 units on the first floor, leaving 42 to be rented on the open market.

The drama continued at the October meeting, held in the county administration building's Freeholder Meeting Room at 75 Bayard Street.

On the larger stage and represented by a new attorney, the Planning Board seemed overwhelmed as many objections were lodged against going forward for ethical and procedural reasons.  Early on in the proceedings, one board member, also a Rutgers employee, recused himself from the hearing.

Yet, the board rejected all of them, and proceeded to hear the plans for the new building, which has not changed much from the original plans presented in March.

By the time the developer had made their presentation, a self-imposed 10:30PM deadline forced the Planning Board to call the meeting to an end, agreeing to book the large room again for this Tuesday's meeting, where the public will get their chance to speak on the plans.