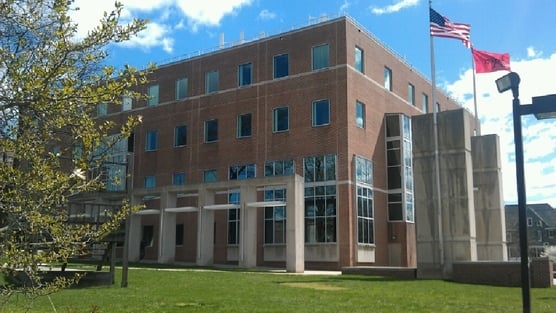 But the policy has some saying it will leave the city's homeless community out in the cold, at a time when shelters are not available.

Officials said that failure to comply when library workers ask a non-student to leave the school's libraries would result in the individual being escorted out of the library by a Rutgers "community service officer."

"If no change in policy is made by Sunday, students can gather at Alexander Library at 10 pm to stand with those being forcibly removed from the libraries," reads a Facebook event with 14o confirmed guests.

"Don't let them do this in your name!" reads the event, geared towards students.

"We are finding the buildings at full capacity," Melissa Just told The Daily Targum, "We wanted to set aside time to ensure affiliates have room to study".

"I started the petition in hopes of inspiring a safer environment at our campus library, which is typically open until 2 am," said Kahn.  "I hope that the new policy is implemented fairly and respectfully."

"The problem is that as unfortunate as the issue of homeless throughout New Brunswick is, we simply do not have the room to house people in our libraries', reads the editorial.

"The implementation of this new policy regarding admission into the library does absolutely nothing to address the very real problem of homelessness and poverty the New Brunswick community faces," the newspaper concedes.  "But if people who need shelter can’t get it in the libraries, what will stop them from going to the student centers or other open University buildings instead?

"Revolving Church Shelters don't commence until a while after Thanksgiving—-they used to start earlier," said one opponent of the new policy, who added that it "targets the homeless."

A different student-organized online petition launched by Nick Cruz this week seeks to "cancel" the policy.

Students have also organzied a "Blanket/Warm Clothes Drive", which will call for individuals to donate blankets and warm clothes by dropping them off at the Second Reformed Church on Sunday, November 16.

"We want the the students feel like the library is the place for students to do work," Glazer said to New Brunswick Today.  "A lot of times students cannot find a spot.  They’re gonna sit on the floor, it’s not functional for them".

Glazer also said that the policy would only be in place during "peak hours," and that members of the public would be able to still use the facilities from opening time at 7 am, until the rule kicks in at 10 pm.

"I can't address that specifically, as it's a Rutgers decision, but the New Brunswick Free Public Library remains open for all residents to utilize seven days a week," said Jennifer Bradshaw, the city's Public Information Officer.

"I just heard about it for the first time just two seconds ago so it would be irresponsible for me to have a stance on it right now," said Guadagno "Let's take a look at it though."

Coincidentally, Guadagno was in the Hub City to tour the kitchen at the Elijah's Promise Culinary School, located at 211 Livingston Avenue.

For more than two decades, Elijah's Promise has helped feed the hungry in New Brunswick.

Maintaing a relatively neutral stance, Zullo stated in an email that the University should "pull more resources together and cooperate."

"More significant resources from the state and federal government are necessary to support and expand the local initiatives and provide us the tools to make long-term gains to address these issues", Zullo added.

"Don't get me wrong, I understand," Mason said, “I can understand Rutgers’ position… They are really not using it, they are just there to stay warm.”

"Where do our people go?… How do we just turn the blind eye, instead of helping them try to find some services, or render a space that’s available for them?”

Elijah's Promise currently maintains a policy that the temperature must be 20 degrees or lower for the soup kitchen's cafeteria to be turned into a shelter for overnight stays.

New Brunswick has just a handful of other shelters, included the adjacent Ozanam Men's Shelther, which is run by Catholic Charities and often at capacity.  Another facility in town, Women Aware, Inc., only serves female victims of domestic violence.