By: Nicole G
In: Archive

UPDATE (11/5): All four ballot questions passed in their respective areas (county and statewide).  New Brunswick voters also overwhelmingly approved all of the questions.  State Question Number 1 was the closest, but that won 1,101-785 in the Hub City.

Two of the questions are being asked of every voter in New Jersey, while another two "non-binding" questions will guage voter support for certain issues at the county level.

State Public Question No. 1 would, if approved by voters, amend the New Jersey Constitution to allow courts to order the pretrial detention of a person in a criminal case, changing the current constitutional right to bail.

If the constitutional change is made, the court may order people accused of crimes to be kept in jail based upon concerns that the jailed person may not return to court if released, is a threat to public safety, or may attempt to obstruct the criminal justice process.

Although the question would take away a Constitutional right, the American Civil Liberties Union and legislators unanimously approved putting the question to voters, because they say it is a necessary step towards reforming the state's troubled bail system.  It would also remove language in the Constitution about bail in death penalty cases, because the death penalty is no longer legal in New Jersey.

"Allow judges to deny bail to suspects based on danger posed to the community," reads a bullet point on a flyer from a group called Drug Policy NJ.  "State bail procedures would be brought in line with the federal justice system."

However, supporters admit that it is possible, though "not probable" or "not particularly likely," for nonviolent criminals to be held without bail.  Previously, only in cases where the death penalty was a possibility, could a judge deny bail for a suspect awaiting trial.

"We think it is a possibility [that nonviolent criminals will be held without bail]," said Alex Shalom of the American Civil Liberties.  "But there will be far more nonviolent offenders released from jail than would be swept up."

The amendment would take effect in January, if the public question is approved.  Only then would legislation take effect that advocates say vastly improves the bail system and introduces protections to ensure speedy trials.

State Public Question No. 2 asks voters if they approve of amending the Constitution to annually dedicate a portion of State revenue to environmental programs.

Starting July 1, 2015, the amendment would also change the programs being funded by the reserved revenue. The new funding would be used to steward and preserve open space, farmland, historic sites, and areas prone to flooding, as well as improve water quality, clean

Additionally, the amendment would require that money from leases and other uses of State-owned preserved open space be used to pay for preserving open space, farmland, and historic sites.

Environmental and historic preservation groups in the state are supporting the ballot question, and encouraging voters to do the same.

"Voting Yes on 2 will protect New Jersey's drinking water, rivers, lakes and beaches… And it won't increase taxes, just dedicate existing funds to protect our land and water," reads a piece of political literature mailed out by NJ Keep It Green, a project of the Conservation Campaign.

"The new dedication would be used mostly to preserve and steward open space, farmland, historic sites, and flood-prone areas," reads ballots across the state.  "Funds would also be used to improve water quality, remove and clean up underground tanks, and clean up polluted sites."

But Americans for Prosperity, a conservative group that opposes the ballot question, questions the need for the spending: "New Jersey is in serious fiscal trouble, yet we’re going to amend our state constitution so Trenton has an unlimited stream of our tax dollars to buy thousands of acres of land?"

Two County Questions will only appear on the ballot in Middlesex County. They are non-binding and are intended to measure public opinion.

County Public Question No. 1 asks if the county government should create a trust fund that advocates say would be the first of its kind in New Jersey, dedicated to supporting cultural arts in Middlesex County every year. This would include aid for the development, restoration, and maintenance of cultural arts facilities and venues.

"Voter approval of this non-binding referendum… would demonstrate broad public support for dedicated revenue for the development, restoration, improvement and maintenance of cultural and arts facilities, theaters and other arts venues within Middlesex County, and would support arts education for county residents provided by qualified nonprofit arts organizations," reads an email blast sent from the theatre.

The funding, which would be distributed through a newly established Middlesex County Cultural and Arts Trust Fund, would also help to provide arts education, history and heritage preservation, and general support for performance and art around the county.

County Public Question No. 2 concerns a possible increase in funding by the county in support of existing women's healthcare programs. The State of New Jersey recently cut a portion of their funding for their programs.

Sample election ballots for Middlesex County, which include the full ballot questions and their respective interpretive statements, are available online at the website of the County Clerk's Office. 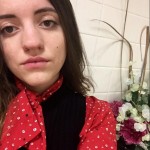