UPDATE (11/5): As expected, Frank Pallone was re-elected to another two-year term in the US House of Representatives, thanks in part to strong support in urban areas like New Brunswick.  Pallone was the second-highest vote-getter in the Hub City, with 2,765 votes cast for him across the city on Election Day.

NEW BRUNSWICK, NJ—Longstanding Democratic Representative Frank Pallone is up for re-election this November 4.

But polls show that he is favored to win a three-way race that includes the 13-term U.S. Congressman from Long Branch, and two political newcomers.

Residents of New Brunswick, including Rutgers students, will have opportunity of voting for the incumbent Pallone, Republican candidate Anthony Wilkinson, or Independent candidate Dorit Golkham.

New Brunswick is part of the 6th Congressional District, which extends from Woodbridge in the north all the way south to Asbury Park, and goes as far west as Plainfield.

Pallone hails from Long Branch and represents the coastal areas of Monmouth County, as well as the heavily-populated regions in Middlesex and Union Counties.

The district has been historically Democratic, with the Middlesex County Democratic Organization acting as a powerhouse to appoint legislators at the county, state and federal level.

Incumbent Frank Pallone had been serving as one of New Jersey’s Congressional representatives since 1988, having previously served in the State Senate and Long Branch City Council.

His strongest challenge this year comes from Anthony Wilkinson of Old Bridge.

Wilkinson’s LinkedIn profile shows that the Republican candidate has worked as both a business law professor, and an intellectual property lawyer during the past several years, but he lacks political experience.

Wilkinson champions a largely Republican platform. He says he would repeal the Affordable Care Act (ACA), also known as Obamacare, replacing it with a non-specific alternative.

“Let’s keep the good things about the law like coverage for those with pre-existing conditions and covering young adults that still live at home,” reads the Wilkinson campaign website. 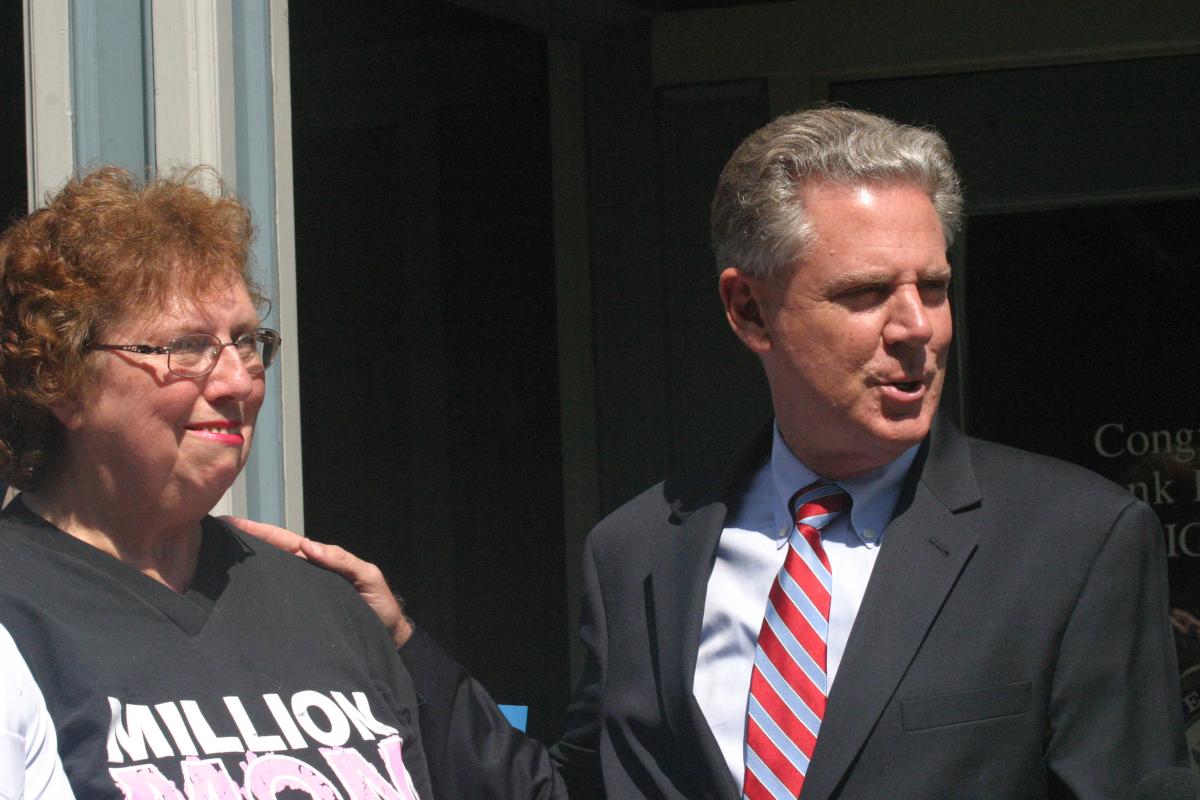 Pallone has attempted to block repeated Republican efforts to repeal the ACA, and has been one of the strongest supporters of the law since its conception.

In 2010, Pallone voted for the DREAM Amnesty Act, a bill that would provide anmesty to undocumented immigrants under the age of 30 who demonstrate “good moral behavior.”

Pallone moved to uphold the Morton Memos, which would grant administrative amnesty to undocumented immigrants residing in the United States.

Pallone also blocked numerous anti-immigration laws, including a bill that would reduce federal funding to states and municipalities that adopted sanctuary city policies.

On the issue of immigration, Wilkinson would work to enforce existing policies, and end the practice of “sanctuary cities.”

“We need to ensure that those wanting to legally enter our country go through the proper channels,” his campaign website reads.

New Brunswick is not among the nine official sanctuary cities in New Jersey.  None of them are, in fact, in Congressional District 6.

One of these points is “energizing America’s economy,” which entails approving the Keystone oil pipline, as well as opening federal lands in Alaska and the Western United States to drilling.

Pallone’s Ballotpedia profile shows that he sponsored 27 bills on environmental protection, 16 on energy, 14 on health, 12 on immigration, and 12 on taxing.

Pallone’s many years in office pose a challenge to the newcomer.

Public records indicate the Anthony Wilkinson had amassed just over $91,000 for his Congressional campaign, which might seem like a lot of money if his opponent were not one of the most prolific fundraisers in New Jersey.

In his first Congressional campaign, going from 1987 to 1988, Pallone received contributions from a total of 154 groups, organizations and individuals.

For the current election, Pallone has pulled in $2.22 million in campaign donations, including a variety of gifts from New Brunswick-based groups and individuals.

These include $10,000 from the Johnson & Johnson PAC, and $1,000 from Samer Boraie, an official with Boraie Development, a real estate company that is known for extensive political donations.

The Boraie firm has attracted controversy for receiving significant government assistance for some of its projects, including $5 million in federal disaster relief funds for a luxury highrise being built on Somerset Street.

Independent candidate Dorit Goikhman, the Vice Chair of the New Jersey Libertarian Party, has not reported any contributions.

Like Wilkinson, the 26-year-old does not have much political experience, aside from her party leadership.

The main page on her campaign site champions the cause of legalizing medical marijuana, with the front page reading “Medical Marijuana: We’re All Adults Here.”

Her issues are further broken down into civil liberties and fiscal responsibilities.

Alongside marijuana laws, Goikhman would call for a decentralization of education policy, an overhaul and limitation of government surveillance policy, and cuts to regulatory agencies.