NEW BRUNSWICK, NJ—City officials say they are close to a deal that would bring another supermarket to the downtown space that was once occupied by the short-lived FreshGrocer.

New Brunswick Parking Authority (NBPA) Executive Director Mitch Karon confirmed his agency was “in negotiations” with a supermarket operator to replace the FreshGrocer, which closed down in May.

After just 18 months in operation, the Pennsylvania-based market left the space, leaving a $1 million hole in the budget of the NBPA, which rents out the space in the brand-new building.

As we reported this summer, the parking authority has accumulated $249 million of debt that is guaranteed by the city.

“We have several proposals that are in and we are evaluating them as we speak,” said Mayor James Cahill earlier this month at a Rutgers student government meeting.  “We believe that the proposals that we’ve received are quite good.”

But Karon confirmed that negotiations have boiled down to one operator with “serious interest” in opening up a downtown New Brunswick location, without naming the company.

Officials have insisted since the closure that another supermarket chain would be sought and did not entertain other ideas for how to utilize the 50,000 square foot space.

Sources say that CVS pharmacy made an offer to rent part of a subdivided space, but no suitable partner was found to rent the remainder.

After months of delays, the owners of Kenny’s Korner on Easton Avenue will be opening up an additional location in the second-floor cafe space on Monday, October 27, Karon told his board this week.

That space, next to a fitness center, was originally operated by the FreshGrocer as well.

The downtown location was home to the first FreshGrocer store in New Jersey beginning in November 2011, but problems with the store became apparent quickly.  Even cutting a deal for distribution with Keasbey-based Wakefern in 2012 couldn’t save the faltering business. 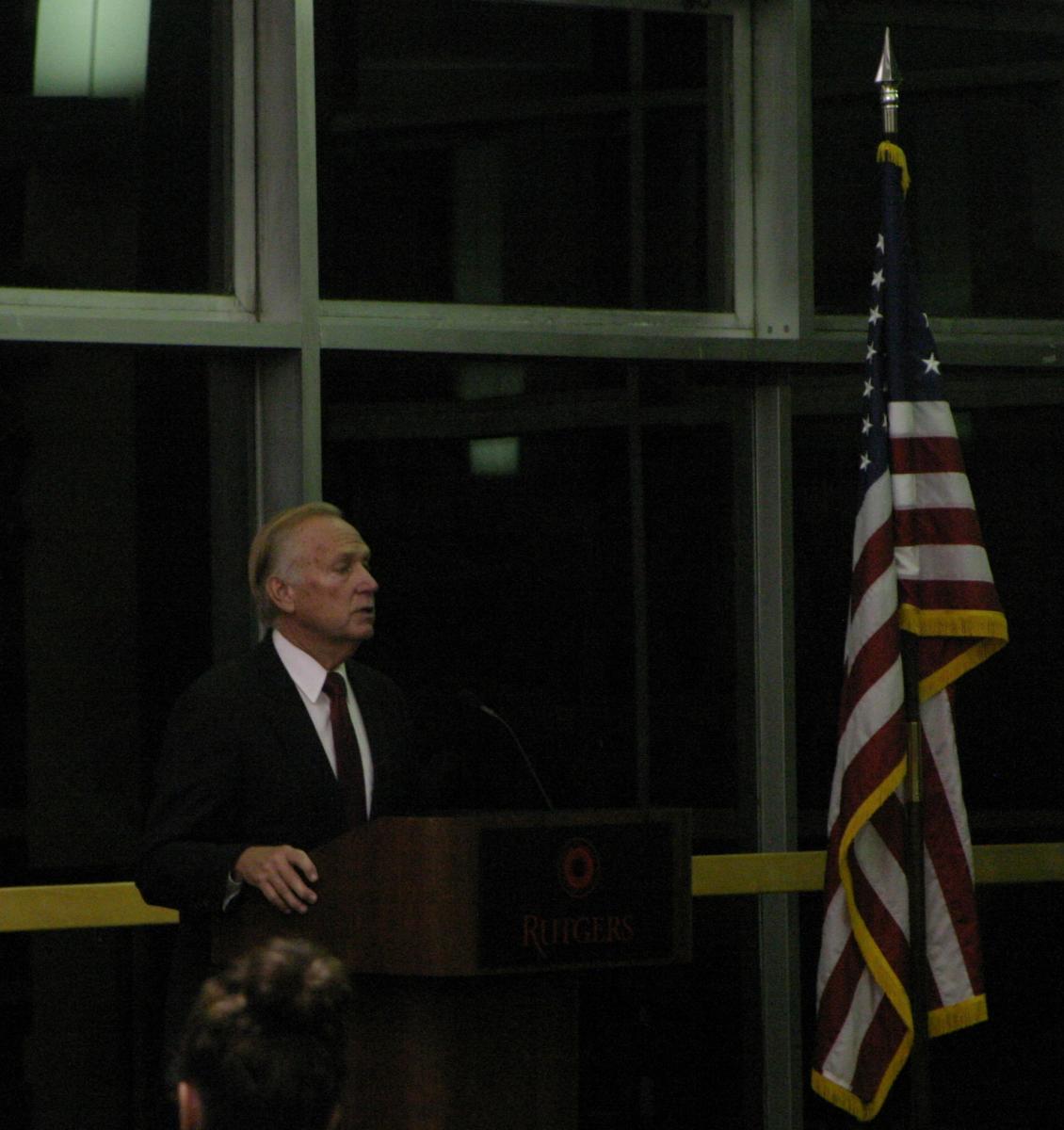 “What we didn’t realize is there is a big transition from Philadelphia,” said the Mayor.

“Doesn’t seem like a big deal, but after they got here the competition in the Philadelphia market is different in a place like New Jersey, where you have a lot of suburban foodstores.”

“What was FreshGrocer doing to compel folks to instead of going out of town, to turn in and come downtown?” Cahill asked rhetorically.  “And that’s where I believe they missed the mark.”

Competition was just one the many problems plaguing the grocer including high prices and staff turnover, poor management and marketing efforts, a lack of products that appealed to the city’s immigrant community, as well as some produce, hot foods, and other items that didn’t live up to the store’s “fresh” brand name.

Ultimately, though, Cahill claimed the city was not the reason the grocer failed.

“We tried to work with them,” said Cahill.  “We forgave some rent, a significant amount of rent, to get them up and running so that we didn’t have to worry about the bottom line every week and every month.”

“It just didn’t work. As a result of that, we pulled the plug,” he said.

Cahill said he was confident that a new market could be open for business as early as next spring, if all goes well.

According to stories told at the grand opening of the grocer, Cahill told the building’s developer “If you build it, they will come,” when he gave the green light to proceed with construction prior to the selection of a supermarket operator.

This time around, Cahill is taking a different approach, cautioning that his administration would not rush things.

“It is important for us to do our due diligence in the proper selection of whoever we bring in as opposed to acting unnecessarily quick just because we have a vacant space,” the Mayor said.

Editor’s Note: Richard Rabinowitz and Daniel Munoz contributed to this article.  The author of this article is a former employee of theFreshGrocer, part of the team that opened the store in November 2012.