NEW BRUNSWICK, NJ—City police confirmed today that a 20-year-old man was struck by a car on Saturday at approximately 2:16 am the corner of Easton Avenue and Mine Street.

Homedel resident Timothy McDonnell was struck by a vehicle driven by 30-year-old Michael Schenck of Somerset.  Schenck was driving a 2007 four-door Audi towards the train station when the vehicle struck McDonnell, according to police.

The crash occurred shortly after last call at the city's bars, including Olde Queens Tavern, located at the same corner where McDonnell was struck.

A tweet from a witness said McDonnell “literally did a flip in the air,” and that Scheneck's Audi “was flying down Easton.”

City police officers on the scene asked for emergency medical personnel to hurry as McDonnell began to lose consciousness in the aftermath of the crash, according to police radio transmissions.

McDonnell was transported to Robert Wood Johnson University Hospital, where he still being treated for his injuries.  According to a New Brunswick Police Department press release, McDonnell is still listed in critical condition.

Another ambulance was called for a passenger in the vehicle who was "covered in glass," according to police radio transmissions.

Currently, no charges have been filed and the investigation is ongoing, according to police.

Anyone with information regarding the incident is asked to contact Officer Patrick Buckelew at (732) 745-5200. 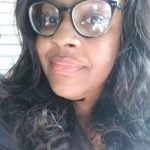