NEW BRUNSWICK, NJ—Daryl Brown, a musician, producer, artist, and son of the late James Brown met with fans and members of the press yesterday evening at Delta’s restaraunt on Dennis Street.

Brown released his new book, “My Father the Godfather,” in July 2014. During a two-month promotional tour, Brown made sure to stop by his original hometown to sign books and take pictures at the Dennis Street restaraunt and bar.

Originally under the title, “Inside the Godfather: Never Before Told Stories of James Brown by his Inner Circle,” the book is in part based off of Mr. Daryl Brown’s own recorded interviews with several of those close to the his father, Godfather of Soul.

The book, published by Barbara Terry of Waldorf Publishing, is available in paperback, eBook, and audiobook through amazon.com’s Kindle Nook and the iNook.

“Everybody knows him as an American Icon,” said Brown, sitting at a back table in Delta’s as the line to meet him started to form at the bar.

Brown continued, “I knew two people: James Joseph Brown, my dad, and James Brown. They were both my heroes. But James Brown was my boss.” 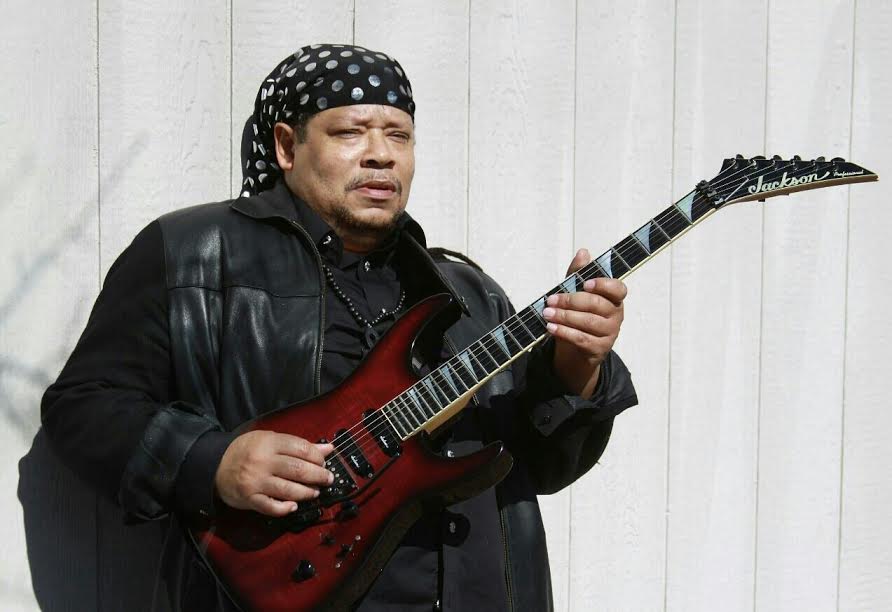 “I was born in Middlesex General Hospital,” says Brown. “I went to Lincoln Elementary up until second grade.”

He remembers living at his grandmother’s house in New Brunswick, when his dad one day made a fateful trip from St. Albans, Queens to give him his very first guitar and drum set.

“I originally started out playing the drums,” says Brown. “I’ve only been playing the guitar about 13 years.”

Brown’s mother, the late Beatrice “Bea” Ford, was the first black female featured on New Brunswick’s own radio station WCTC. She can be heard singing with James Brown on a track titled “You’ve Got the Power” released in 1960.

“This is where I cut my teeth at,” he explained, looking back fondly on the rich after-school music programs available in the city.

“That’s one thing that New Brunswick, like so many other places in this country, doesn’t really have anymore.”

“I used to do props at the Crossroads Theatre, back when it was located just off of Route 18, and I taught music right upstairs at the YMCA,” says Brown.

“But we haven’t decided on a band name yet. We have like 10 names to pick from, and I think we’re gonna just have to pick one out of a hat.”