TRENTON, NJ—One of New Brunswick’s three elected representatives in Trenton could be leaving office soon if the State Senate approves a nomination made by Chris Christie.

On September 18, Christie announced three nominations for Commissioners to serve on the state’s Board of Public Utilities, including longtime Democratic Assemblyman Updendra Chivukula.

The new job would include an annual salary increase for Chivukula, from the $49,000 earned by Assembly representatives, to the $125,000 paid to the BPU’s commissioners.

He currently serves as the chair of the Telecommunications & Public Utilities Committee in the Assembly, a position where he has often butted heads with the five-member BPU commission.

Chivukula hails from Franklin Township, where he served on the Township Council from 1997-2005.

“Born in Nellore, India, Chivukula moved south to Chennai as a two-year old as his father searched for work,” reads a statement released by Christie’s office today.  “Mr. Chivukula immigrated to the United States in 1974, and received a Masters Degree in Electrical Engineering from City College of the City University of New York.” 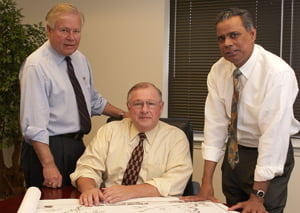 If the nomination is approved, it would create a vacancy on the Democratic Party’s campaign ticket, which has consistently included State Senator Bob Smith, of Piscataway, and Assemblyman Joseph Egan, of New Brunswick.

Since 2002, that group has collectively represented the 17th legislative district, which includes New Brunswick, Franklin, Piscataway, North Brunswick, and Milltown.

NJ.com’s anonymous column “The Auditor” wrote in May that Middlesex County Democratic Party chairman Kevin McCabe had threatened to harm Chivukula’s political future as revenge for his most recent run for office.

McCabe had been supporting Linda Greenstein for the 12th Congressional district seat vacated by Rush Holt, and allegedly discouraged Chivukula from throwing his hat into the ring.

“When I caught up with [McCabe], he said ‘Linda is our candidate, you have to line up behind her’ … He said ‘If you run, you will not be given [a favorable ballot position] next year,” Chivukula told The Auditor.

“My question is, would he have made such a claim to a Caucasian-American elected official?” Chivukula asked.

“Assemblyman Chivukula’s claim is wrong. And, quite frankly, irresponsible,” McCabe told the Auditor.

Now, if Chivukula’s nomination is approved, McCabe could play a key role in deciding who replaces him.

The next election is scheduled for November 2015.