NEW BRUNSWICK, NJ—Middlesex County police agencies are in possession of 36 assault rifles, according to a report by the New York Times, but it’s not immediately clear which agencies have the guns.

Titled Mapping the Spread of the Military’s Surplus Gear, the report shows the quantity and selection of military equipment that has been passed on to police departments in every United States county.

The report comes amidst the political unrest and controversial, quasi-military tactics employed by police against protesters in Ferguson, Missouri.  Much of the equipment used by the Ferguson police came from the federal government.

When asked for more specifics on the 36 assault rifles, a spokesperson for the Middlesex County Prosecutor’s Office stated that the office “does not have any surplus military equipment.”

Public records show that the 36 military surplus rifles are further broken down into two categories: 20 5.56 mm rifles, and 16 7.62 mm rifles.

Middlesex County also received one utility truck in March 2012, which had been valued at $25,000.

According to a press release issued at the time, the vehicle is equipped with a roof-mounted satellite dish, two telescoping 500-watt floodlights, a 7,000kw generator and several other features.

That vehicle, and several others owned by the county, as well as Edison and New Brunswick’s Police Departments were on display this Thursday during an “active shooter drill” held at Robert Wood Johnson University Hospital.

The wars in Iraq and Afghanistan have left the United States military with a surplus of military equipment, leading the U.S Department of Defense to distribute military surplus gear to municipal and county police agencies, with the stated goal of aiding anti-terrorist and anti-drug operations.

In addition, the U.S Department of Justice provides local police departments with grants which are used to purchase an even greater quantity of military equipment.

According to Vice News, the Department of Homeland Security has also allocated $35 billion in grants to police departments across the country. 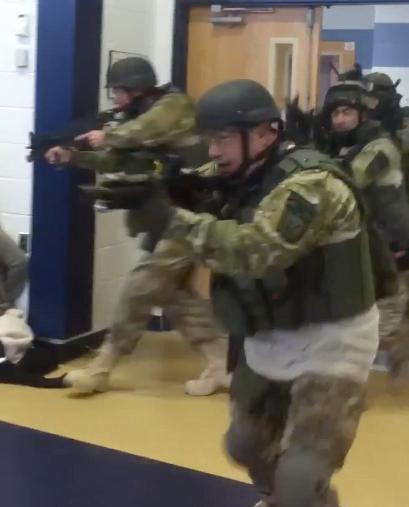 “We apply for every grant”, said Sgt. Edward Ciempola, a Commander in the NJ Somerset County SWAT Team.  “If there’s a grant, and we can get money for it, we’ll apply for it”.

“20 years ago, we were running around with Radio Shack walkie-talkies, ’cause that’s all that we could have afforded”.

When asked by Vice News if the Somerset County SWAT Team had so far had the opportunity to use its military equipment, the SWAT Team Commander responded in saying “Not really, nothing big.”

Middlesesex County currently has close to 829,000 inhabitants spread out across its 25 municipalities.  Its largest municipality is Edison.

Edison Police Captain Donald Merker told New Brunswick Today “I don’t think we’ve ever gotten anything from the military, that I know of.” 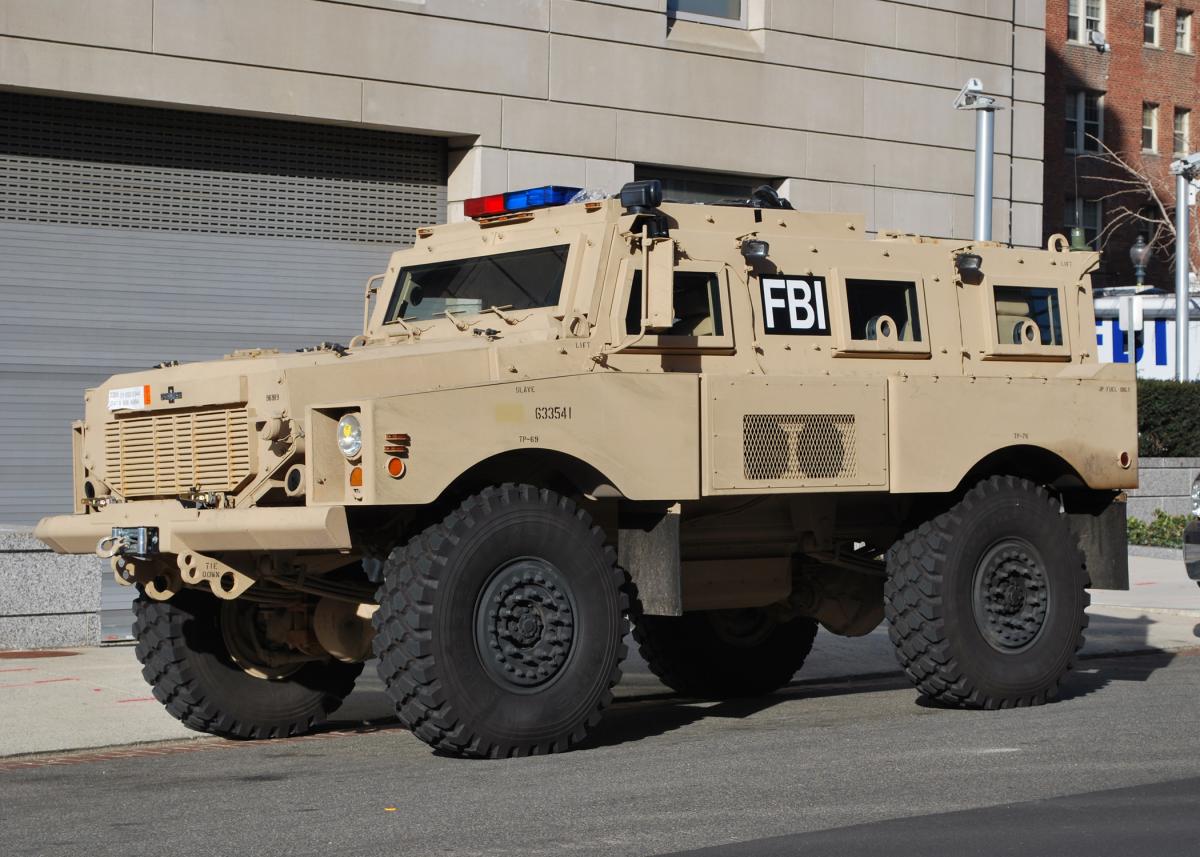 Recently, the Bergen County  Sheriff’s Office was the recipient of two 15 ton Mine-Resistant Ambush Protected (MRAP) vehicles back in July of this year.

MRAP’s were designed to protect soldiers stationed in the Afghani capital of Kabul and the Iraqi capital of Baghdad against roadside bombs.

The move came under fire by many officials and residents in Bergen County.

“The attorney for the Sheriff’s Office said the vehicles would be used by the regional SWAT team, executing high-risk warrants and transporting high-risk prisoners,” reads a July 22 op-ed in The Bergen Record.

“But is the sheriff anticipating transporting former detainees from Guantanamo Bay through the streets of Hackensack?”

“Thank God we don’t have mines in our streets of any of our towns,” Bergen County Executive Kathleen Donovan told CBS New York.

Donovan was an adamant opponent of Bergen County acquiring these two armored vehicles, and she ultimately fought a losing battle against the county’s application.

The Newark office of the American Civil Liberties Union (ACLU) issued a press release on August 1, calling on Bergen County Sheriff Michael Saudino to withdraw his office’s applications for the two MRAPs.

“No county in New Jersey needs a combat-style military vehicle to protect and serve the community, much less two,” reads the ACLU release.

The ACLU statement said that using military equipment can create a “warrior mentality among law enforcement.”

Sheriff Saudino stated that the vehicles could be used for disasters such as Hurricane Sandy, and that they are part of regional SWAT teams serving dozens of Bergen municipalities.

The Bergen County Board of Freeholders unanimously passed the measure for Bergen to acquire the two MRAPs, though Freeholder Chair Dave Ganz later told The Record that he did not have the situation at Ferguson in mind when voting.