The courtroom at South Brunswick’s Municipal Building played host to the case, due to a perceived conflict of interest due to Rawls role in Mayor James Cahill’s cabinet.  Friends and family of the victims, as well as several television news cameras were on hand for the case.

On May 6, Rawls was driving a government-issued SUV  when the children were struck on their way home from school and crossing in a crosswalk at Livingston Avenue and Delavan Street.  The incident was one of at least twelve crashes he has been involved in since being promoted to Fire Director in 2006.

The plea deal reached today between Rawls and the township’s prosecutor Jeremy Solomon means that many of the key details of the crash and subsequent investigations may be kept quiet until lawsuits from the victims move forward. 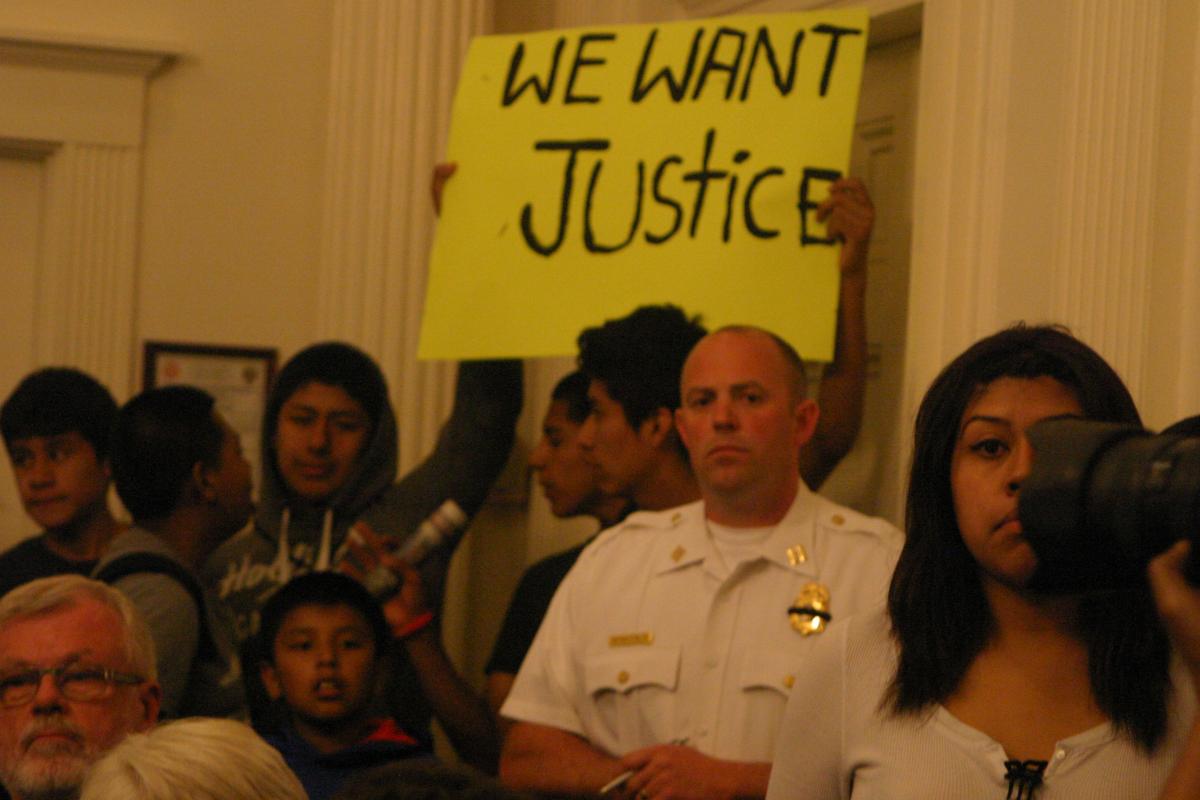 The victims, along with their parents, told their stories to Judge Michael V. Dowgin before he sentenced Rawls to pay a fine of $206 for the careless driving charge.

An additional charge of failure to yield to pedestrians in a crosswalk was dropped as part of the plea deal.

Jocelyn Palaez was seriously injured in the crash, just days before her fifteenth birthday, and has undergone two surgeries since the crash.

Palaez was unable to hold back tears when describing her recovery experience and the metal rods and tubes that had to be inserted in her leg.

“A lot has changed for me,” she told the court.  “I will never feel the same again.”

Her mother, who spoke with the help of a translator, had harsh words for the Fire Director. 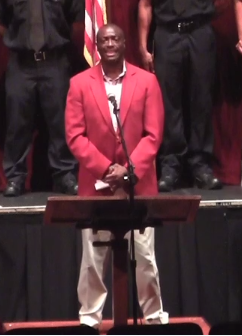 “This person has made a lot of people suffer,” she said, referring to Rawls.

Jocelyn’s father said the hospital released his daughter after only three days, and when she came home she was unable to take care of herself.

The father said he and his wife could not return to work for two months, because they needed to look after her while the defendant who had hit her went back to work just days after the accident.

“I also want to say that the first health aid was not to the kids, but to the defendant,” he said, claiming that Rawls was in an ambulance while Jocelyn was still on the ground.

Another girl injured in the crash, also fourteen at the time, said she was left with a fractured hip and sometimes could feel the pain.

Her mother, who also used a translator, said that as a single mother she felt her family’s lives had been damaged psychologically and economically.

“We want him to know he doesn’t have the slightest idea how traumatized we are,” she said. Her main unanswered question was how someone could have failed to see three people in the road.

The victims and their families said all they wanted was to petition for the best judgment in the case and to see the defendant receive the maximum penalty for his actions.

Howard Buckner, the attorney representing some of the victims, said the most tragic part of this incident was that it was completely avoidable, had the defendant been attentive to his driving.

Thomas Buck, a Milltown-based attorney who defended Rawls in the hearing, expressed sympathy to the victims and their families, but added that Rawls has no points on his driving record and that claims he “speeds around New Brunswick” are false.

According to Buck, an investigation by the Middlesex County Prosecutor’s Office ruled out drugs, alcohol, speeding and use of electronics as possible factors that caused the accident.

But at least one piece of information made public by the prosecutor’s office appeared to be inaccurate.

A press release issued the day of the crash said that Rawls “immediately contacted authorities.”

However, NBC New York and New Brunswick Today revealed that Rawls did not call 9-1-1 or use his emergency radio to contact authorities.

Buck said Rawls was cooperative with the investigation, saying his client’s personal and work phone were both searched for evidence of use during the incident.

“It was a simple, inattentive lack of focus,” Buck said with regards to the cause of the accident.

Judge Dowgin said he examined the defendant’s driving record, but found that the most significant traffic incidents occured 20 years ago, which the judge considered “ancient history”.

However, public records show that Rawls has been involved in two cases of speeding several years ago and at least eighteen additional crashes, a dozen of which came after he became the Fire Director in 2006.

Rawls’ attorney defended him by saying that as Fire Director, Rawls often had to drive quickly, but that these incidents never led to any traffic violations.

As we reported, Rawls has previously been involved in at least two different crashes that led to legal claims being filed against the city.

The family plans to file a civil suit against Rawls and the city. However, Dowgin ruled that Rawls’ guilty plea cannot be used in the civil suit.