NEW BRUNSWICK, NJ—Two New Brunswick residents have been arrested and charged for the burglary of a dog, a one-year-old Schnoodle dog named “Pepper” along with over $12,000 in jewelery and property.

When the Franklin Township resident reported the theft of her property and dog to the police, they in turn contacted nearby animal shelters, local media and veterinarians.

The two New Brunswick residents later called in to Cedar Lane Animal Clinic in the Somerset section of Franklin Township, saying that they were in posession of Pepper the dog, and that they would be bringing it to the clinic. 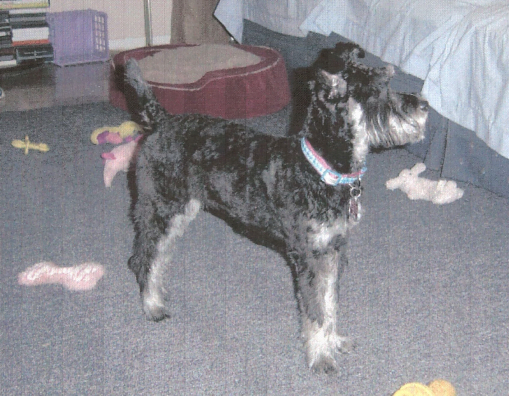 The dog had already been reported missing to authorities and the Somerset CountyProsecutor’s Office had notified the press.

Staff from the clinic in turn, contacted the police, who brought Garcia and Andrade in for questioning.

Garcia gave permission to the police to search his car, where the remainder of the stolen property was discovered, according to the authorities.

Pepper was later returned to its Franklin Township owner.

The two were charged with  burglary, theft of property and theft of a domestic companion animal, all in the third degree.

Garcia is currently being held at the Somerset County Jail with a $20,000 bail.  Andrade was released without bail, on her own recognizance.