NEW BRUNSWICK, NJ—The nation’s birthday wasn’t the only cause for celebration last week, as some 5,000 people attended a party on the field at Rutgers’ football stadium, complete with dramatic video presentations and a fireworks show.

The event generated a lot of buzz with thousands of fans in attendance, including two thousand that registered prior to the event and earned a free beach towel by doing so.

The Big Ten Conference is an association of world-class universities and Rutgers joined the ranks of institutions such as Penn State, Iowa, Ohio State, and Wisconsin.

The “Big Party” had plenty of family-oriented activities set up including moon bounces, carnival games, food and refreshments, and a fireworks finale. 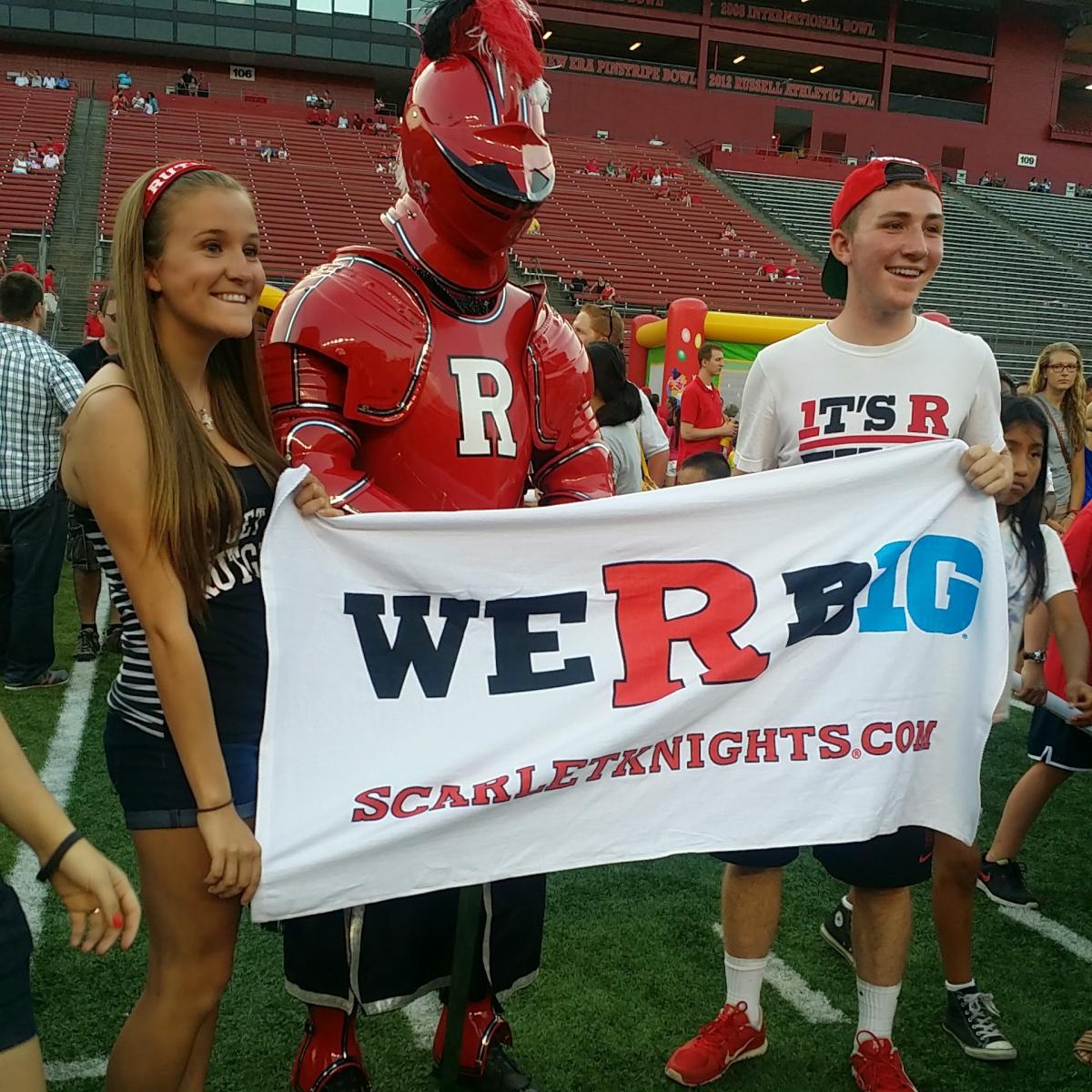 The field was full of excited fans, many wearing the famous Rutgers’ scarlet and white, while the NYC-based cover band Audio Revival played on a stage set up in the endzone.

Along with feature performances by the Rutgers marching bands and cheerleading squads, mascots and cheerleaders from several other Big 10 schools came out to show their solidarity and entertained the crowd, performing and posing for photographs with excited fans.

In the past year, the athletic department struggled with a financial deficit of $47 million, due in part to costs associated with switching from the former Big East conference to the Big 10.

The conference shift has been controversial due to the large upfront costs, but university officials project the move will generate revenue in the long term.

Hermann outlined some of the challenges Rutgers has faced, but referred to the inclusion in the conference as a “game changing day in our history.”

“They are who we are,” Barchi said pointing out that many of the nation’s research-intensive universities are members of the Big 10 and the CIC.

“We are Big Ten, but first and foremost we are Rutgers.”

One key aspect of joining the Big Ten is that it gives the conference a foothold in the nation’s largest media market: New York City.  Traditionally, the conference has been based in the Midwest.

The conference has its own television channel, which aggressively expanded into new terroritories across the country with the addition of Rutgers and the University of Maryland.

Big Ten Network President Mark Silverman spoke enthusiastically about the expansion and what it could mean for Rutgers in terms of television exposure, pointing out that customers of many cable providers including Cablevision will now carry the channel.

“The network and Rutgers Athletics  will be on more than you have ever seen in the history of Rutgers,” said Silverman.

The first Big Ten conference home football game for Rutgers will pit the Scarlet Knights against the Penn State Nittany Lions on September 13 and will be broadcast nationally on the Big Ten Network.