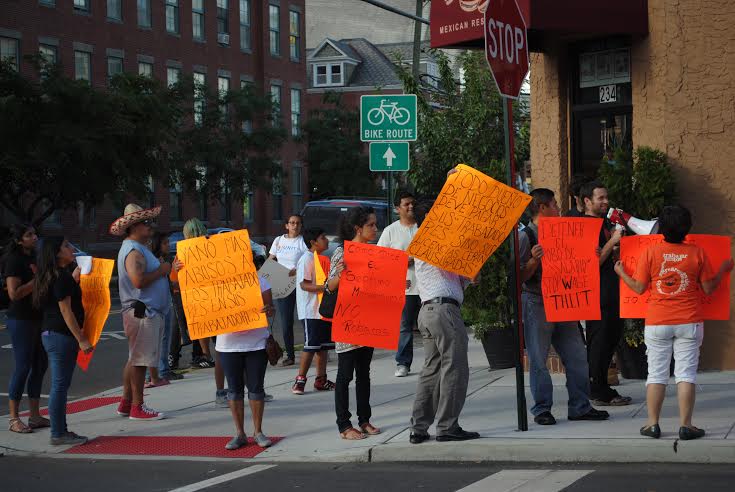 NEW BRUNSWICK, NJ—The City Clerk's Office has notified the management of a new restaurant on Somerset Street that their license to do business is in jeopardy due to a wage theft judgment against them.

"We will not renew your license until the wage theft finding has been cured.  You are not permitted to operate your restaurant beginning December 1, 2014," reads the letter, a copy of which has been obtained by New Brunswick Today.

Thursday’s protest of Las Cazuelas follows the July 7 court judgement filed by Garcia against the restaurant for wage theft.  Because of the judgment, the city's new wage theft law says that the business' license cannot be renewed.  Restaurant licenses are up for renewal once per year.

“They might be told they’ll be paid $400 a week which sounds great, but they wind up working 80 hours a week. It comes out to be less than minimum wage and they aren’t paid for overtime."

While immigrant workers are easy targets for unethical businesses to exploit, it's not just one group or industry that's affected by wage theft.

"This is not just a Latino issue. This is a community issue and wage theft destroys the community." The Maoz Vegetarian New Brunswick Facebook page originally said that the store had closed because they “lost their lease.”  The store's Facebook and Twitter pages have since been deleted.