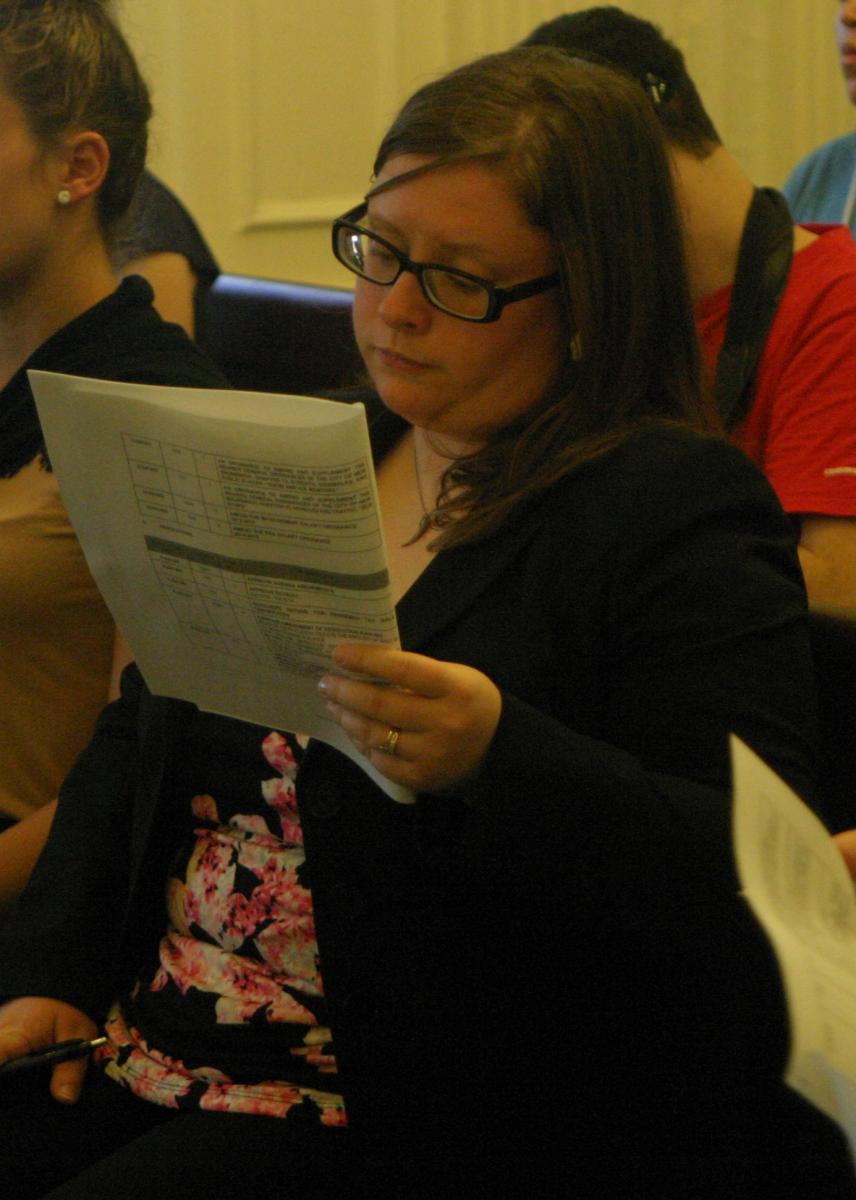 NEW BRUNSWICK, NJ—Ronald Bellafronte, a city employee who served a three-month suspension without pay for using a racial slur to describe a city attorney, will not return to his job as a housing inspector.

Instead, Bellafronte was transferred to a position the city's embattled Water Utility just eleven days after the department's Director resigned.

Water Director Frank Marascia's resignation has been characterized by the administration of Mayor James Cahill as an "emergency," that led to the abrupt privatization of day-to-day operations at the department.

But Cahill's administration has also been caught giving inaccurate information about Bellafronte's Water Utility job to the press, the public, and other elected officials.

At first, the city said Bellafronte would begin training as a water meter reader.  Then, they said he went out on medical leave almost immediately.

But, in reality, Bellafronte's training was cut short when he was found to be medically unfit for the job.

Contrary to public statements by city officials,  Bellafronte was given a new position in the "business office" at the Water Utility.

Cahill's spokesperson Jennifer Bradshaw and City Attorney William Hamilton misled the City Council and the public, indicating he was out on "medical leave."

Bradshaw told New Brunswick Today, "The Bellafronte info I provided you wasn't correct… He did not go out on medical leave, I misspoke."

It's not immediately clear if Bellafronte's $41,225 salary remains unchanged.

City officials claimed that Cahill's administration originally pushed for Bellafronte to be fired, but a politically-connected attorney who the city hired ruled that a three-month suspension without pay was appropriate.

Neither side of the dispute appealed the decision made by hearing officer Patrick Foley, a former attorney who worked at the private law offices of Thomas Kelso, the county government's top attorney, as well as the Executive Director of the New Brunswick Democratic Organization.

Bellafronte was accused of using a slur to refer to Assistant City Attorney Charly Gayden, an African-American woman who often worked with Bellafronte in his old job as inspector.

But that is no longer the case. After Foley ruled that Bellafronte could return to work on June 5, officials said they weren't sure whether or not Bellafronte would ever be a housing inspector again.

"The correct info is as follows," wrote Bradshaw in an email sent today, twelve days after Bellfronte returned to work.  "He began training to be a water meter reader and then was found to be medically unable to do the job. He now works in the business office of the water utility."

The city's Water Utility Director Frank Marascia tendered his resignation just eleven days before city officials transferred Bellafronte to the Water Utility, making much less likely he will deal with the Law Department, where Gayden works.

New Brunswick Today asked Cahill's spokesperson flat out if Bellafronte's pending transfer had anything to do with Marascia's resignation.

"I don't have any information about that," said Bradshaw, not denying that it was a factor in the popular Director's departure. "I can tell you Marascia resigned for a number of personal reasons."

Bellafronte's administrative hearing moved forward much more quickly than the cases against his former boss, Michael Mahony, who was arrested in December and charged by State Police with distributing large quantities of cocaine using his city vehicle.

Mahony's adminstrative case will determine whether or not he keeps his job, but it has not been scheduled, because Mahony still has not been indicted, according to city officials.

Another city employee, longtime Water Treatment Plant Superintendent, Edward O'Rourke, also awaits a date for his administrative hearing.  According to City Attorney William Hamilton, the delay is necessary because of the potential for criminal charges against him to move forward.

The New Jersey Attorney General's Office is allegedly investigating O'Rourke and possibly others in the Cahill administration after the city was caught falsifying of records to cover up water quality problems.

Both O'Rourke and Mahony remain suspended without pay and it is still possible that they will return to the public payroll one day.