Residents may still head over to State Theatre tonight for a 5:30 p.m. reading of the Declaration of Independence, followed by a free screening of the film "National Treasure".

Following George Washington's victory over the British at Monmouth in 1778, the banks of the Raritan here in New Brunswick saw one of the first celebrations of our nation's Independence, as 7,000-8,000 troops lined the water to fire their muskets.

On Friday at 1:30pm, the City will be celebrating this victory and George Washington's Feu de Joie (Fire of Joy) salute at Buccleuch Park hosted by the New Brunswick Historical Association.

Several re-enactors will be portraying the 2nd New Jersey Regiment on the bank of the Raritan and George Dawson will speak about the significance of this occasion (It's the reason the USA celebrates Independence Day on the fourth.) 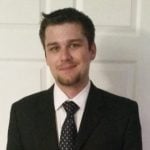