Despite concerns about its legality, the Senate’s Higher Education Committee approved the bill by a 3-2 vote along party lines, with all three Democrats reluctantly siding with Sweeney.

If it passes both houses of the legislature and secures the support of Governor Chris Christie, the board would be expanded to include one member appointed by Sweeney himself, in his role as Senate President.  Two more would be appointed by the state’s Governor, and the final new member would be chosen by the Speaker of the Assembly.

By law, the Trustees select seven of their members to serve on the smaller, more powerful Board of Governors. The remaining eight Governors are appointed by the state’s Governor.

“How in the world is this at all constitutional?” asked Kean, who said both US Supreme Court precedent and the 1956 law that made Rutgers the State University would require consent from the existing governance structures. 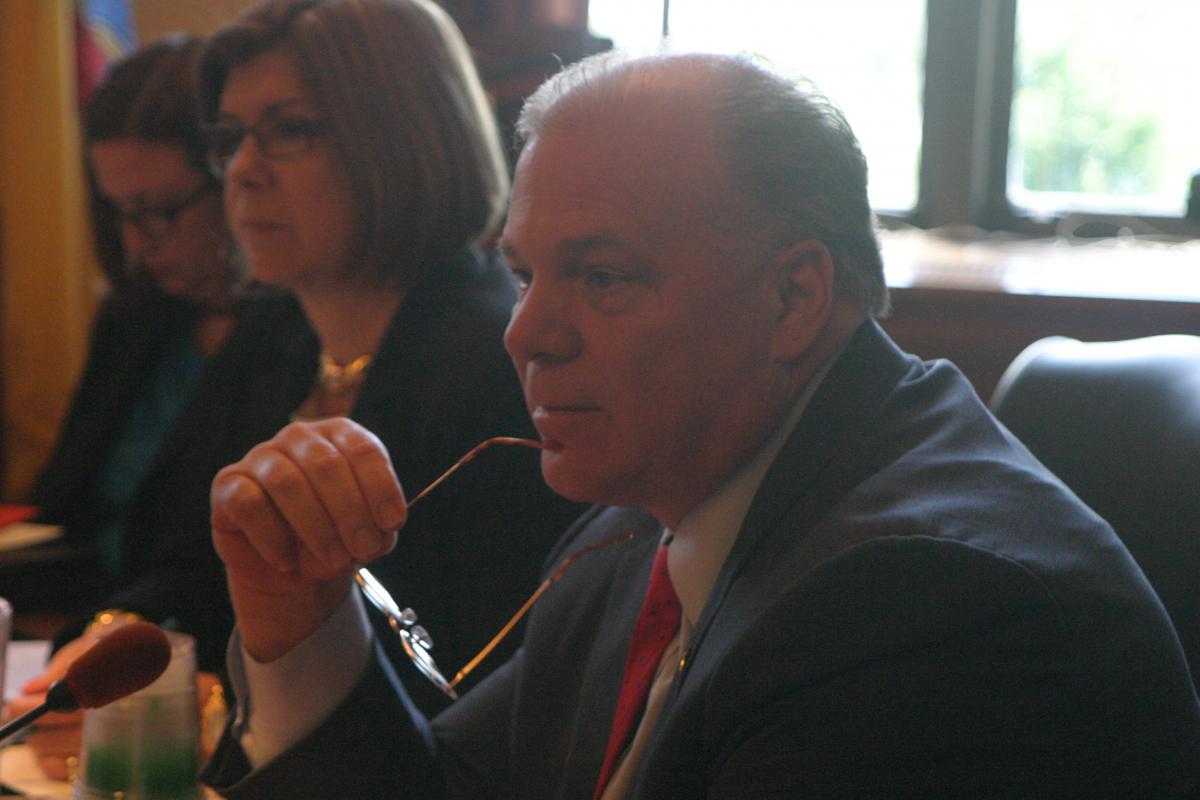 “That would be left up to the courts,” responded Sweeney.  “I’m not an attorney.”

“Some people feel this would be successful because laws are considered laws first, when there’s a challenge.  So then if this passes the legislature, I think it has standing.”

Pressed again to answer how the bill could possibly be constitutional if it did not secure the endorsement of the Trustees, Sweeney told Kean, “We’ll see in court.  And you know something?  When you go to court, sometimes you win sometimes you lose.”

When Sweeney made the argument that Rutgers was the only NJ public school that had any appointments that were not political, Kean countered that none of the state’s school have direct representation appointed by the Senate President or Assembly Speaker.

“It is correct that none of the political appointees to the Board of Governors have medical backgrounds,” said Peter McDonough, Rutgers’ governmental affairs agent.

“The most recent political appointees include two attorneys and a policy analyst,” he said.

Sweeney was permitted to sit with the Higher Education Committee after his remarks, and took advantage of the opportunity to question Derrick and Cantor.  He took issue with why a draft report on the issue of reforming the school’s government was not yet made public. 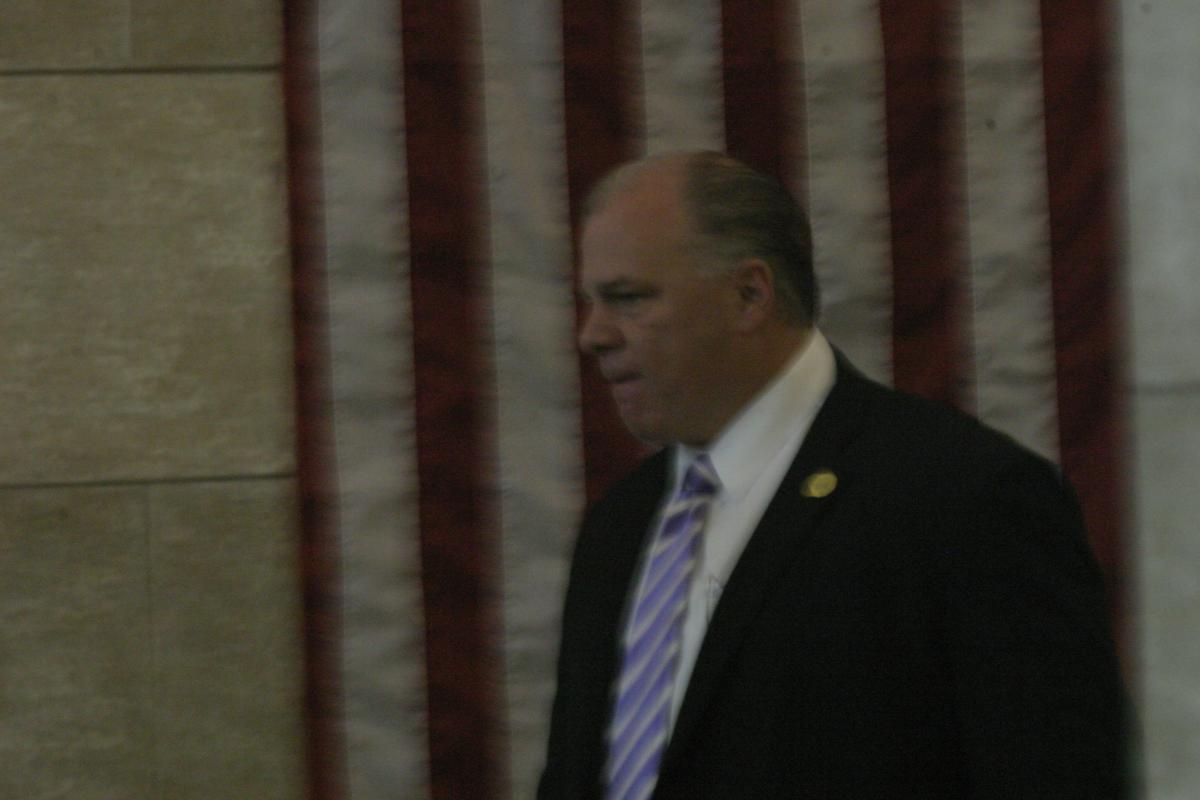 The move was widely seen as being made for ulterior motives, including pleasing Sweeney’s alleged political boss, George Norcross, who heads a Camden-based hospital that recently teamed up with Rowan, which calls Sweeney’s district home.

“Mark Herschorn, who’s the one who created all the embarrassment in the athletic program… They never took care of that.”

Like today’s fight, the Rutgers Trustees said that the bill could not be legally permitted to usurp their power, and the state’s legislative office agreed that it would likely be overturned if it did not get the endorsement of the Trustees.

This year, however, a new man is at the helm of the Assembly, Hudson County’s Vincent Prieto, the same official who submitted a companion bill identical to Sweeney’s last week, just as he did during the controversial push to abolish the trustees. After the trustee kill bill failed, Sweeney switched gears towards removing the only Latino member of the Board of Governors, New Brunswick’s own Martin Perez.

But Sweeney threatened a lawsuit, and briefly halted Perez’s addition to the board last summer.

Rutgers quickly reversed course and decided to honor the appointment, calling Sweeney’s bluff. The Senate President did not back down, filing a lawsuit against Rutgers, but that too failed.

Asked about Sweeney’s latest power play, Perez told New Brunswick Today, “The university must be free from outside political interference. It’s autonomy is part of the essence of the university and shall be not negotiable.”

Perez added that “the university must have internal mechanism of administration and governance that are transparent, accountable, efficient and inclusive.” 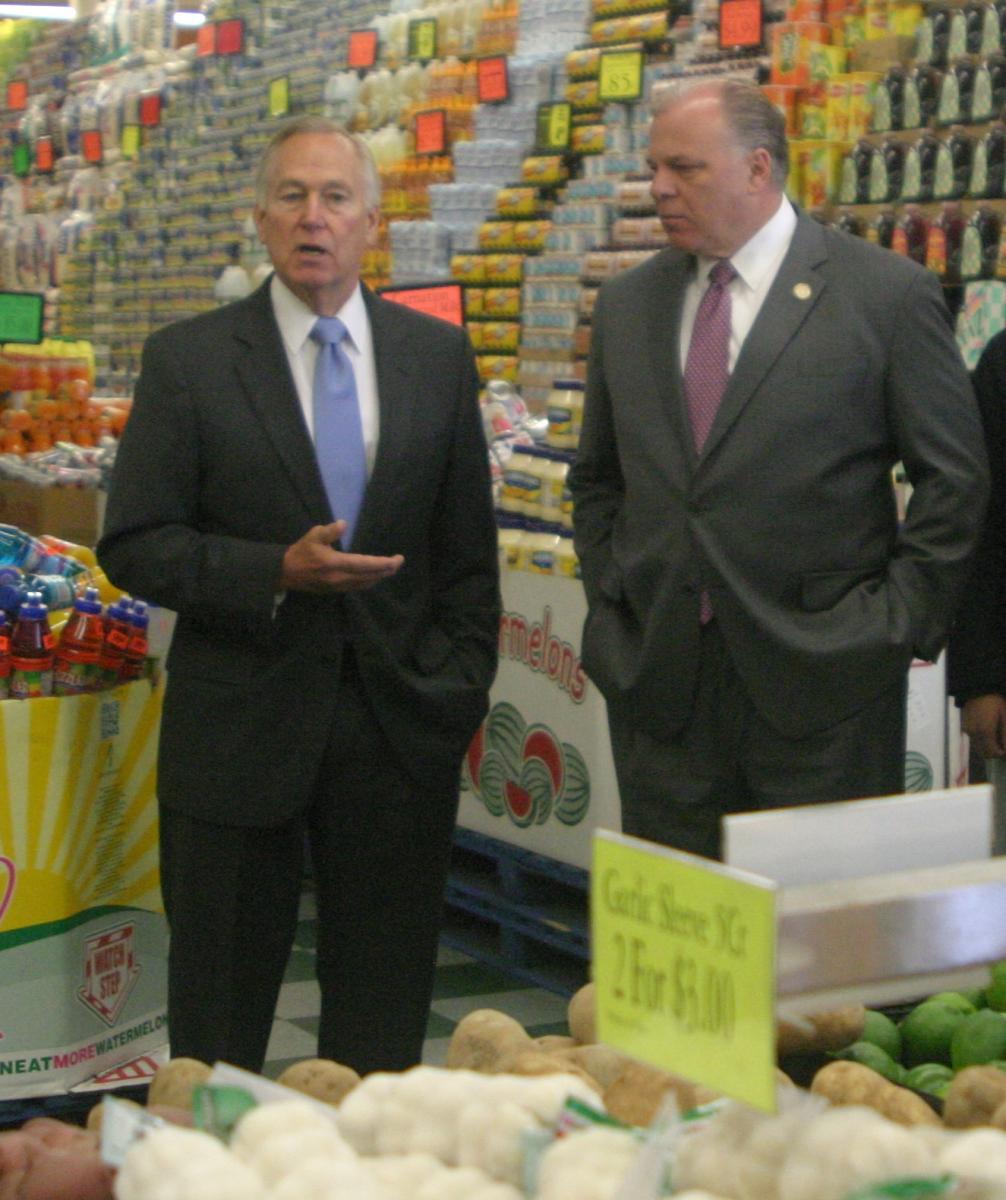 Sweeney used the Livingston Avenue Foodtown as a backdrop for the staged event celebrating the overwhelming victory of a ballot initiative where voters approved a Sweeney-sponsored increase to the state’s minimum wage.

Sweeney said that as President, this was his second “tour” of the state in three months, which he described as reasonable.

Ironically Cahill got burned in his most recent job creation endeavor, when the city’s newest supermarket TheFreshGrocer closed after just eighteen months.

Instead, Sweeney found himself deep into the city’s Fourth Ward for the press event, but the Star-Ledger’s Matt Friedman and WCTC’s Mike Pavlitchko both asked him about the controversial bill, much to the chagrin of Sweeney’s handlers.

“Nowhere in the bill is anything that will hurt the Trustees,” Sweeney claimed.