The hundreds of students subjected to the “military style” lecture were attending a special program meant to assist young men and women from economically and educationally disadvantaged backgrounds.

The Rutgers EOF program aims to help high school students from underprivileged backgrounds prepare for entry into college.  The program is the largest EOF Program in New Jersey, with a first-year class of approximately 300 students and about 1,300 total students.

In each case, the students are New Jersey residents who are the first in their families to attend college, and they exhibit determination and strong evidence for potential success in college.  Students qualify for EOF funding on the basis of both financial and academic need, according to officials.

To that end, the program includes a five-week “summer institute” which helps students prepare for freshman year.

But on their second night staying in the Newell Apartments, some 300 students were told to line up and stand at attention in a parking lot, part of an annual ritual that lasted for more than an hour. Students, some of whom were under 18, were barred from using the bathroom for the duration of the ritual.

“We were told to line up in straight lines, outside in the parking lot for an hour as drunk Rutgers students drove by and shouted profanities and we were told we couldn’t turn our heads around to see if we were protected or not,” said the student, who wished to remain anonymous.

According to the student source, Rutgers employee Eliezer Marcellus led other staff in conducting the “military style” right of passage.

The student recounted the event and said that the staff lined the students up into rows and shouted at them to “stop laughing,” “stop giggling,” and “look straight.”

The student said that the ritual degraded them and made them question what the Rutgers experience was really like.

Sources say Marcellus’ lengthy verbal diatribe has been a tradition in the Rutgers School of Arts & Sciences EOF program that has been going on for many years, but last year several students felt offended and spoke up.

“I heard it’s a tradition… This is what they do to get the students straight because they are afraid that they’re coming from these urban communities where they can do whatever they want.”

Typically, Marcellus’ ritual, which administrators later characterized as “a meeting,” is not done outdoors. Because the Newell apartments lack a large common area, the parking lot was the site of the incident.

This year’s summer institute, which starts today, will take place on the Livingston campus in Piscataway.

When the EOF students arrived for the second day of orientation, almost immediately, leaders with the New Student Orientation (NSO) program noticed something different in their demeanor.

Sources say the decrease in morale prompted NSO leaders to speak with more than a dozen students privately about their experience with Marcellus.

Eventually, administrators and even Marcellus himself came to speak to the EOF students in a special meeting to address the students’ concerns.  But those talks still left some students dissatisfied with the outcome.

“[Marcellus] never actually apologized… He made us feel like we weren’t here yet, like we didn’t make it [to Rutgers].” 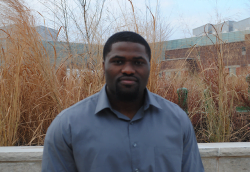 As students arrive for this summer’s EOF Summer Institute, sources say it might be the first such program in years that Marcellus is not a part of.

Officials with the EOF program confirmed that Marcellus is out on leave until the end of the month.

“I can’t really talk about his attendance or what’s going on with him right now,” said Rutgers EOF Director Michelle Shostack, who confirmed the leave of absence.

According to public records, Marcellus was hired in February 2008 as a senior counselor for the EOF program.

“Mr. Marcellus continues to be employed by the university.  We have nothing further to say,” said University spokesman Greg Trevor, who declined to answer questions about whether Marcellus was put on probation following the incident.

New Brunswick Today’s attempts to contact Marcellus have been unsuccessful so far. 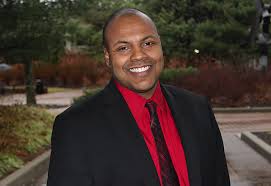 James Whitney, the Senior Director of the EOF Program and an EOF graduate of Rutgers University, told New Brunswick Today he believed the incident was just a case of “miscommunication” and a “discrepancy” between the orientation leaders and EOF staff.

According to Whitney, the incident was just students who were “in a meeting,” where some of the students “wanted to go to a party” but they were told they couldn’t.

“When [new students] first come and hear from the orientation leaders about all the things you can do during the year, of course naturally they’re going to think they can do it in the summer,” said Whitney.

“I was not there…  If that did occur, my understanding was that it was a meeting and that in the meeting they explained to them these were the policies,” said Whitney.

According to Whitney, there were “no official complaints” nor anyone who felt they were hazed or upset.

“I do know that there were some students from my understanding were upset that they couldn’t go, or they didn’t like the way they were told.”

Under questioning, Whitney admitted that staff members were “all addressed by their supervisors at the time,” by Dean Eddie Manning, and that Whitney himself took the unusual step of meeting with the entire group of EOF students to address the issue.

“At one point, I had actually met with students in reminding them about anything that occurred, and if they had any issue or concern,” Whitney said.

However, after hearing recordings of Whitney’s interview with New Brunswick Today, the student participant took issue with the administration’s official story.

“I don’t like that he tried to make it seem like it was our fault, because it’s not true,” said the student source.

“That’s a lie and I don’t like how he put the blame on us because we didn’t do anything wrong.  They should have come up with a better excuse.”

“I am pretty sure I can vouch and say that no one was trying to go to a party.”

After being offended by the incident, the student source and several other students were put in contact with Elizabeth O’Connell-Ganges, the Executive Director of Student Life, where they formally filed their complaints on the incident.

However, O’Connell Ganges denied there was an incident and referred all questions to the EOF program.

Eventually, when Whitney spoke directly with the students, he emphasized that Marcellus’ job was “on the line,” said the source.

Sources said some students were more offended about the Marcellus incident than others, with many encouraging their fellow students to “get over it.”

According to the student source, students had widely varied opinons on the incident. While some were offended, others thought the treatment was in a manner of tough love and was appropriate.

The meeting with Whitney at times devolved into people talking over one another, and at one point, Whitney threatened to shut down the Summer Institute program, according to the student source.

“[Whitney] definitely heard from us in that room alone what happened. I think some students gave him an out. Because if half of the students said to get over it and half are only voicing their opinions about being mistreated then obviously the majority are going to convince the rest of them to just get over it. So they don’t have to address the issue and it doesn’t have to go to the media.”

Still, the student source tells New Brunswick Today much of this could have been avoided if Marcellus had been apologetic.

“My thing is that if [Marcellus] would have said, ‘I’m sorry,’… I would have been a little bit more forgiving. The fact that he just skated around the issue and didn’t address it after that, that just pissed me off, because you know you did wrong.”

“We all complained, clearly some of us were offended.  But… then you blame it on us to say that we wanted to go to a party.”

Still, the student said there was no doubt that the EOF program is a tremendous source of support for low income students.

“Overall EOF is great for students once you get to college… I think that summer program experience needs to be revamped.”

Editor’s Note: Jad Kaado contributed to this article. Briana Supardi was previously listed as an author, also contributed reporting to the article, but requested her byline be removed as she did not agree with the focus of this article.