The summer series includes four 5K’s, with a “Youth Development Running Series” held before each race, taking place over four Tuesday evenings in June and July.  The remaning dates this season are: June 24, July 8, and July 22. 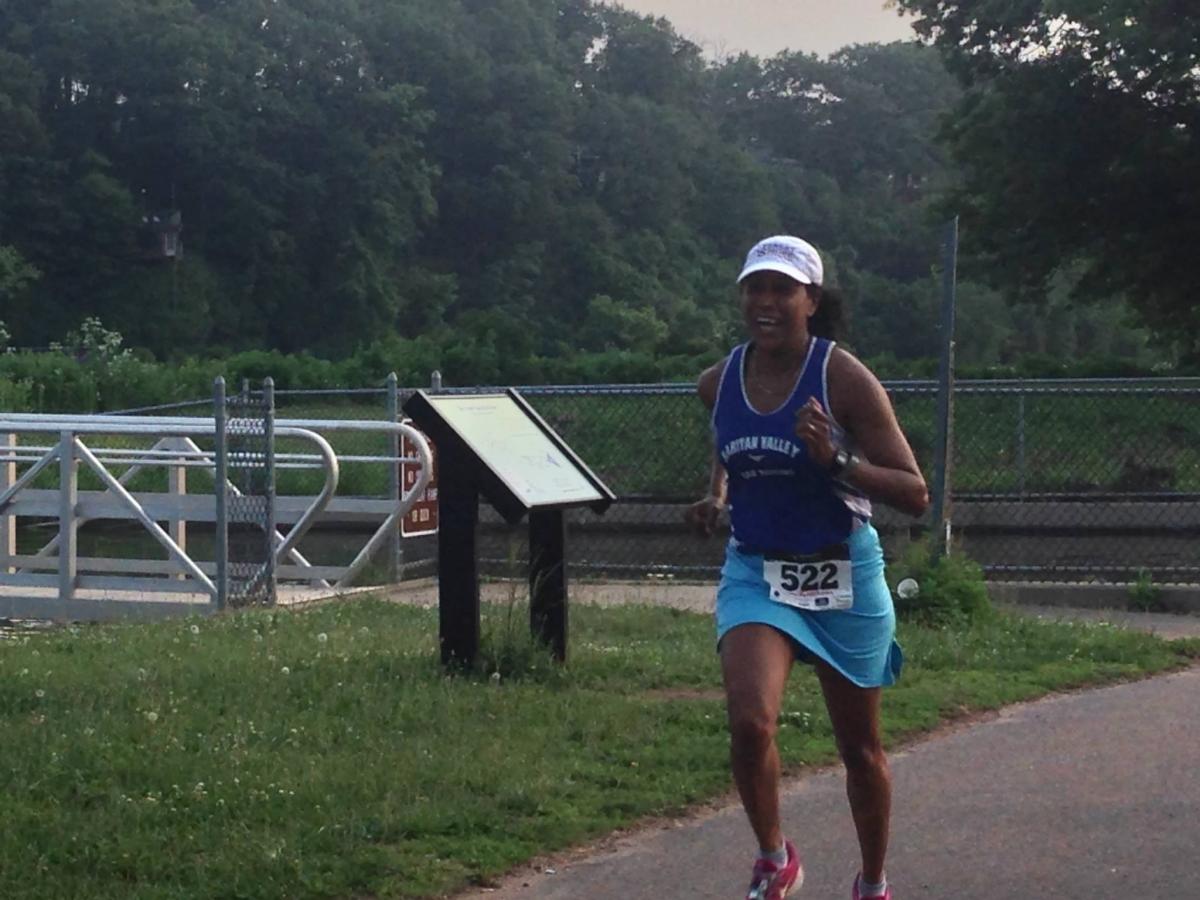 A free informal preview run was held on the USATF-NJ cross country course last week and included a guess-your-time trial (no watches allowed) practice run to get familiar with the twists, turns, drops and hills found over the two-loop, grass and trail, course.

After the preview run, New Brunswick Today caught up with race director, Kay Hallenbeck, one of three new race directors to take the helm this year since the original two race directors have stepped down after 30-years.

Asked how she felt about the transition to race director after “apprenticing” last summer, Hallenbeck said that she was happy “to carry on the tradition.”

“It’s been a great event for the club [RVRR], a great series of events for the club every year. We want it to be good for everyone.”

Although this year represents its second consecutive summer back in Donaldson Park, the series was moved to New Brunswick’s Buccleuch Park in 2007 due to the renovation project in Donaldson, and remained in New Brunswick for six summers until 2012.

In a last-minute decision before the summer of 2013, longtime race director Doug Brown opted to move the series back to Donaldson Park, its original venue.

Brown said working with the City of New Brunswick was becoming increasingly difficult, and that it sounded to him “like they did not want us there.”

About 300 feet of the course in Buccleuch at both the start and finish was on the grass and the city complained to Brown that the race was damaging the grass.

The kid’s race would need to be run on the road and Brown was asked to pay New Brunswick Police for two officers $40/hour each for a minimum of 3 hours to close the road. Since Donaldson Park is a Middlesex County Park, it offers a few advantages over Buccleuch Park.

One is that you are allowed to have an “open flame” for barbecuing, unlike in parks controlled by the City of New Brunswick.

Another advantage is that you can purchase an alcoholic beverage permit from the county.

He told New Brunswick Today he prefers running the series in Donaldson Park.

“Buccleuch is too urban. You are on a path. Here you are mostly on grass. It’s true cross country. A true cross country involves a lot of grass and that’s what this course has. The other one is just a dirt path that you go around.”

Priola added that the Highland Park course has roots which makes it perfect for cross country.

“I really love it,” said Dyson.  “I think it’s wonderful. It’s a small group and everybody stays until the end. Usually [at other races] people run the race and then they split and there are a few left… I like it very much.” 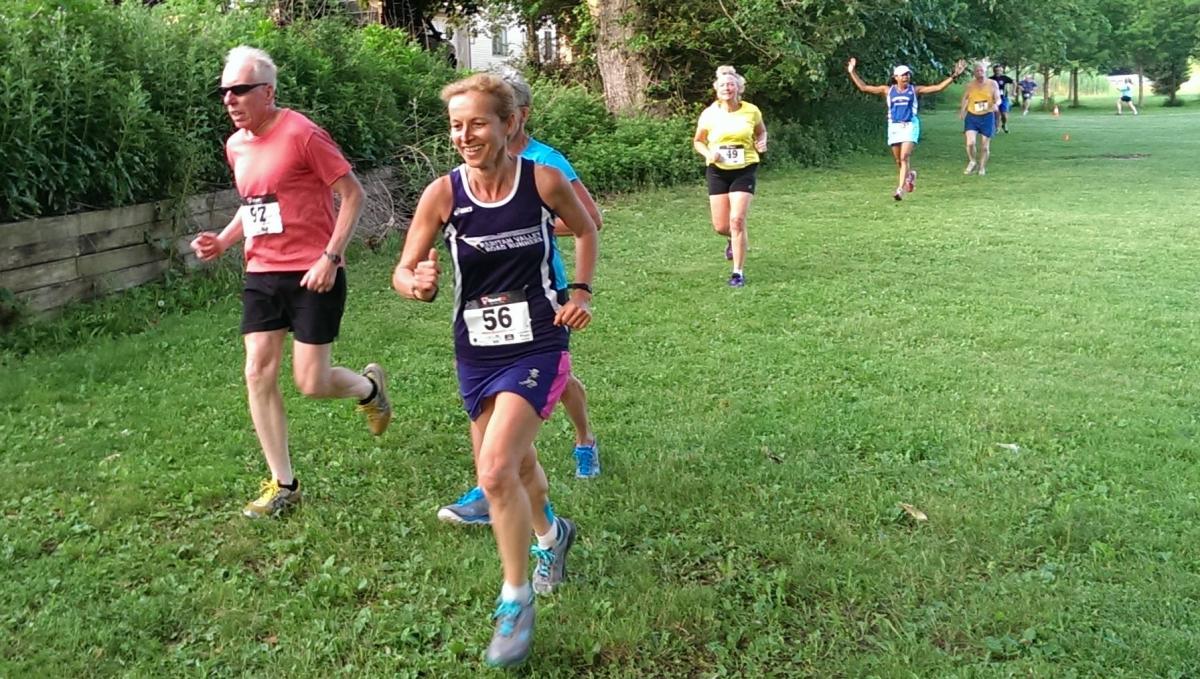 “We are lucky that the thunder storms held off.” Shaeffing said.  “Doug Brown and Janice Reed, both were here – the old race directors for 30 years. There are still people hanging out at 8:45, so it must have been fun.”

“It was a lot of fun [calling the start for first time], it was a good feeling to help plan the race with my two co-directors and to see it starting off on a beautiful summer day.”