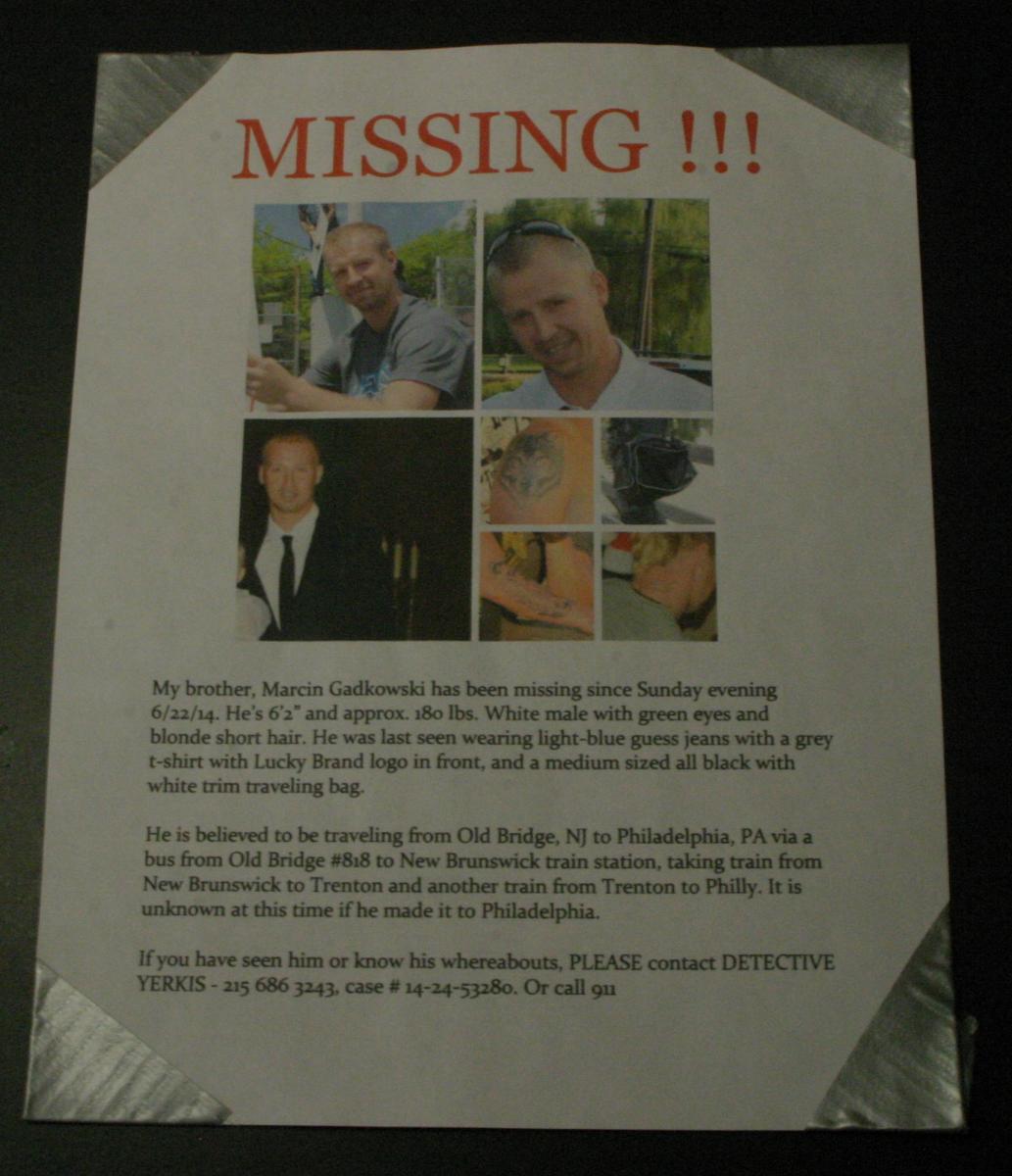 UPDATE (7/1): The body has been identified as Marcin Gadkowski.

NEW BRUNSWICK, NJ—City Hall and NJTransit confirmed that a body was found this morning around 11am this morning next to the New Brunswick train station.

"A passerby on the train platform called in the body," said city spokesperson Jennifer Bradshaw, who indicated the body was found on Johnson & Johnson property.

"It does not appear to be suspicious.  Police are still waiting on an autopsy," said Bradshaw.

The body was apparently found in an area of bushes between a Johnson & Johnson building, and a staircase connecting George Street with the train platform.

Authorities did not respond to requests for information, and Bradshaw said she did not yet know the identity the victim.

But just a few feet away from the spot where the body was found was  a homemade sign seeking help locating a missing person, Marcin Gadkowski.

"He is believed to be traveling from Old Bridge, NJ to Philadelphia, PA via a bus from Old Bridge #818 to New Brunswick train station," reads the notice apparently written by one of the man's siblings.

According to a Facebook page started to help locate Gadkowski, he was 36 years old at the time he went missing and his last known contact was a phone call with his sister when he was on the bus to New Brunswick.

Officials with the Philadelphia Police Department, whose contact information was listed on the flyer, referred questions to New Brunswick police.