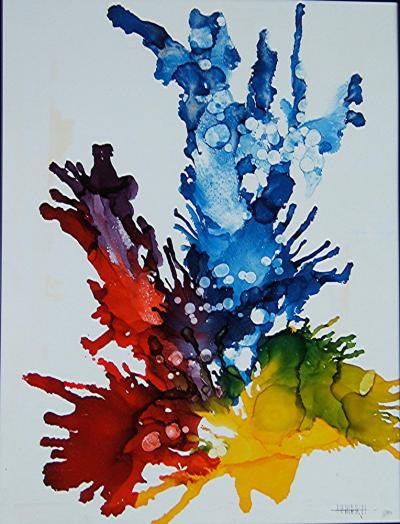 On Friday there was an opening reception at Alfa Art Gallery in which members of the New Brunswick Chamber Orchestra played and community members mingled.

The artwork of John Hawaka was also displayed. One of his pieces helped inspire the creation of the festival.

Saturday evening saw a collaboration between the Lustig Dance Theatre and the New Brunswick Chamber Orchestra at the Victoria J. Mastrobuono Theater on the Rutgers Douglas campus.

Quiet City and Appalachian Spring by Aaron Copland were performed as well as Concerto in E-flat Major “Dumbarton Oaks” by Igor Stravinsky and Serenade for Tenor, Horn, and Strings by Benjamin Britten.

The orchestra states in their program that it strives to “perform music that [they] think matters. Whether it was written in the Middle Ages or sometime next year, in the heart of Old Europe or the new conservatories of East Asia”. This festival allowed them to carry out their mission.

The festival finished on Sunday June 15th with the New Brunswick Chamber Orchestra joining with the Christ Church Parish Choir.

The first piece they performed, called Four Catalan Songs, was composed by a New Brunswick based composer named Edgar Girtain. Charles Schneider was a soloist for this piece.

The rest of the concert “followed the theme of minimalism” said Artistic director Mark Hyczko. Pieces such as “Estampie” from String Quartet Set by Lou Harrison and Frates by Arvo Part. The Christ Church Parish Choir joined in the final piece Triptych by Tarik O’Reagan.

At the close of the festival, Hyczko said that it was “very rewarding to work with such high caliber musicians and artists.”

He continued saying that he “hopes to expand in the future into something even more successful”.

Ellen Dusault and Peggy Christ, two attendees of Sunday’s concert, called the experience “Fabulous, the best they ever done” and “very engaging”.