UPDATE (5/9): According to RUPD, 20-year-old David Lima of East Brunswick, turned himself in yesterday and was charged with 3rd degree Burglary, Theft, and Criminal Mischief.

According to a report from the Rutgers University Police Department, the suspect, who along with an associate were caught on surveillance cameras, forced his entry into the buliding and vandalized a vending machine, also taking food items from it.

Talia Friedman, a member of Chabad, stated the perpetrator had taken seven dollars worth of food, in addition to breaking one of the bolts on the front door.

No money was reported to have been taken, and instead, was seen laying around the vandalized vending machine. 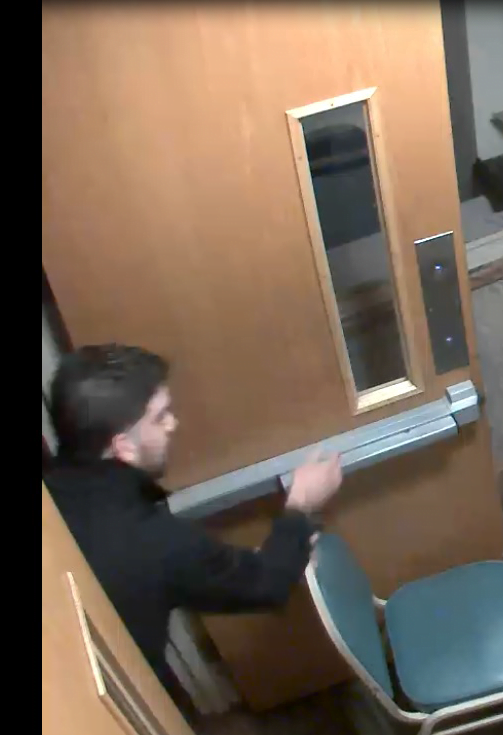 The perpetrator was seen on camera fleeing the scene with four male associates.

According to a member of Chabad, surveillance footage showed that the suspects appeared to have been under the influence of drugs or alcohol.

“They were not walking straight, they were stumbling, ambling, strolling, waving back and forth. They didn’t look serious.”

The man in question is described as a white male, approximately 21 years old, with a light beard and dark brown hair.

He was also wearing a black jacket with blue jeans, and black shoes with white soles.

Anyone with information that could help identify the pictured suspects has been asked to contact the Rutgers Police Department of Investigations at 848-932-8025, or at 732-932-7211. 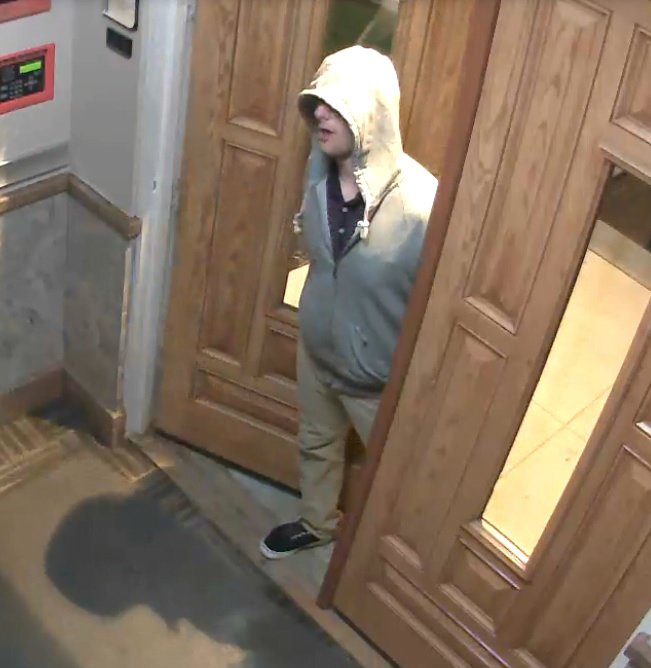 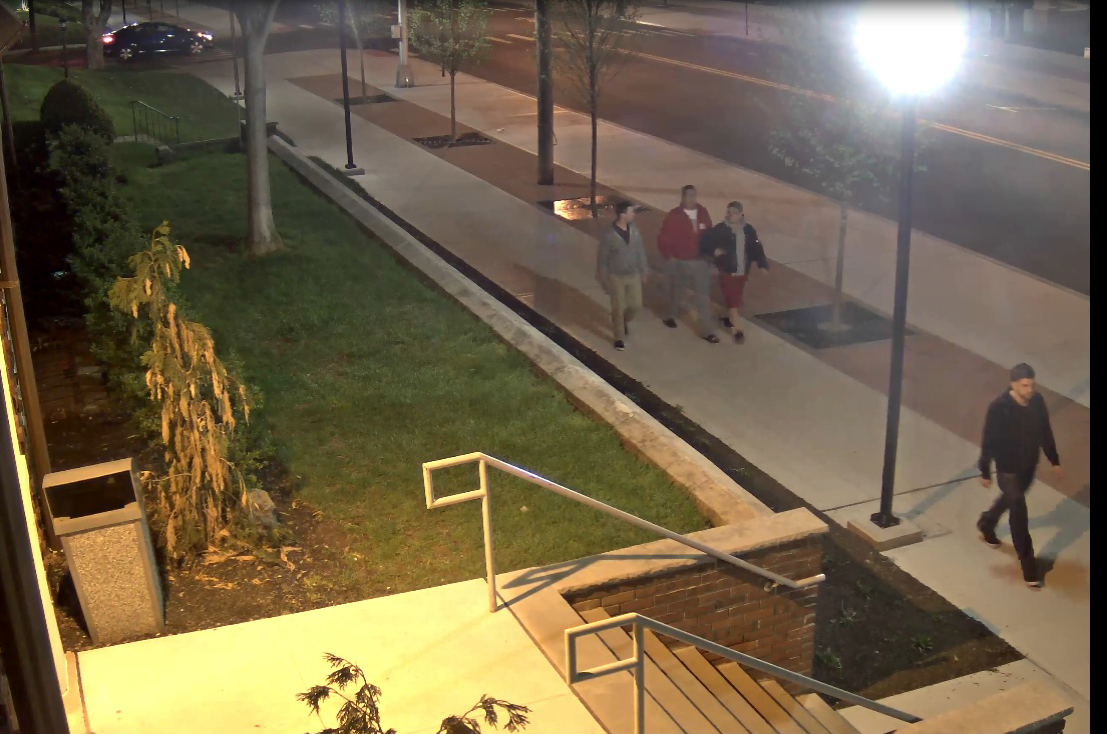