NEW BRUNSWICK, NJ—Roughly 100 high school students left class early this morning, and many more wore red clothing to school, to protest the proposed non-renewal of contracts with some of their favorite teachers.

Superintendent Richard Kaplan confirmed that the school was put under “lockdown” for about twenty minutes.

“We did go into a lockdown.  About a hundred youngsters… decided to leave their classes and walk through the hall in a disruptive manner.”

“It was a protest that was stopped by administration,” said one student who posted on New Brunswick Today’s Facebook page.  “It was to help teachers keep their jobs because we believe they are being fired with no good reason.”

Using social media, students coordinated to wear red in solidarity with several non-tenured teachers at the school who recently received notification that their contracts are not expected to be renewed by the district.

According to Kaplan the teachers in question still have an opportunity to appeal the decision to his office, as well as in writing to the Board of Education, which is scheduled to meet on May 13 to make the final decisions. 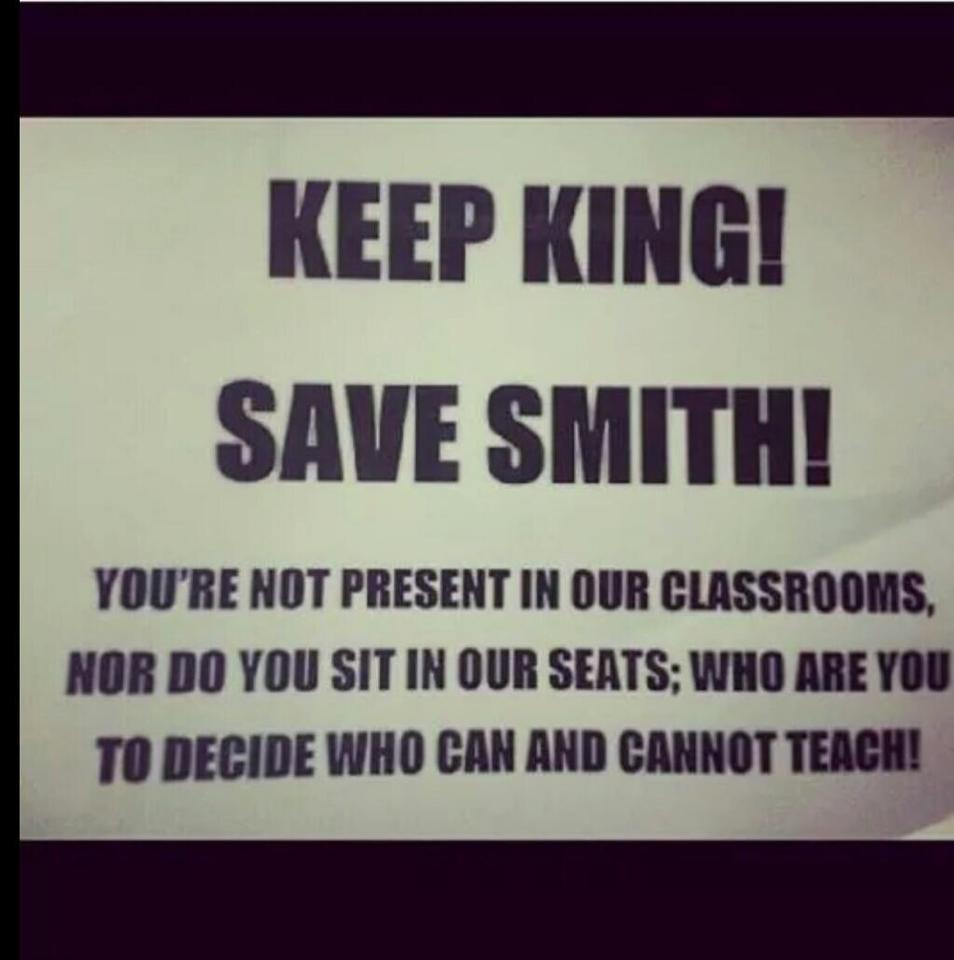 Students also wore red in solidarity with the teachers, who were identified as Mr. King and Mr. Smith in a photograph of a protest sign submitted to NBToday by a NBHS student.

Kaplan said he viewed videotapes of the incident and that it is possible students will be suspended for “disrupting the school day.”

“I can’t tell you how many were suspended,” he said citing state law concerning student’s right to privacy.

“The issue that is suspendable is that they disrupted the operation of the school day,” he said.

The decision to walk out of class was criticized by some students, who preferred to express their frustration in a different way.

“We are writing letters on the behalf of those teachers and that was it,” wrote one student on the NBT Facebook page. “But for some reason, some students decided to walk out. The school kept us in a lockdown and security guards grabbed any student that was outside on the hallways.”

Kaplan defended the school’s actions, saying “Our administration was there and our adminisration did the right thing. Teachers came out to assist and they moved them to an area where they could have a conversation.

The Board of Education will be holding a brief re-organization meeting on Tuesday May 6 at 7pm in the NBHS auditorium.  The contract renewal vote will take place on May 13 at 7pm at the same location.