Scented candles are what come to mind for most, but in fact these are just a few of the soda flavors that have graced the taps at Destination Dogs.

From the guys who brought pork belly and pineapple-topped hot dogs to the former Doll’s Place, at the corner of Paterson and Joyce Kilmer, comes a beverage menu with ingredients that read like an apothecary’s shopping list.

Paying homage to phosphate soda fountains of the past, managing partner and cocktail creator Michael Parker has found a kindred spirit in the spirits of the Prohibition era.

“We’re inspired by the old school everything,” says Parker. “There’s a certain way that people did things a long time ago, and to most people at that point it was a craft.”

Parker’s libations certainly meet the criteria of hand-crafted.  Only the freshest seasonal produce and herbs contribute to his sodas. Kegged in-house with taps alongside the craft beer, current soda offerings include grapefruit, ginger pop, and cucumber mint.

His experience experimenting with syrups, tinctures, bitters and shrubs lent itself to the inevitable. “I’ve been make syrups so long for cocktails that it was kind of an easy transition to get into making syrups for sodas,” says Parker.

Naturally, these sparkling refreshments find their way into many a highball glass. Parker’s sodas often replace common commercial cola and ginger ale mixers, as well as add layers of depth to proprietary creations. 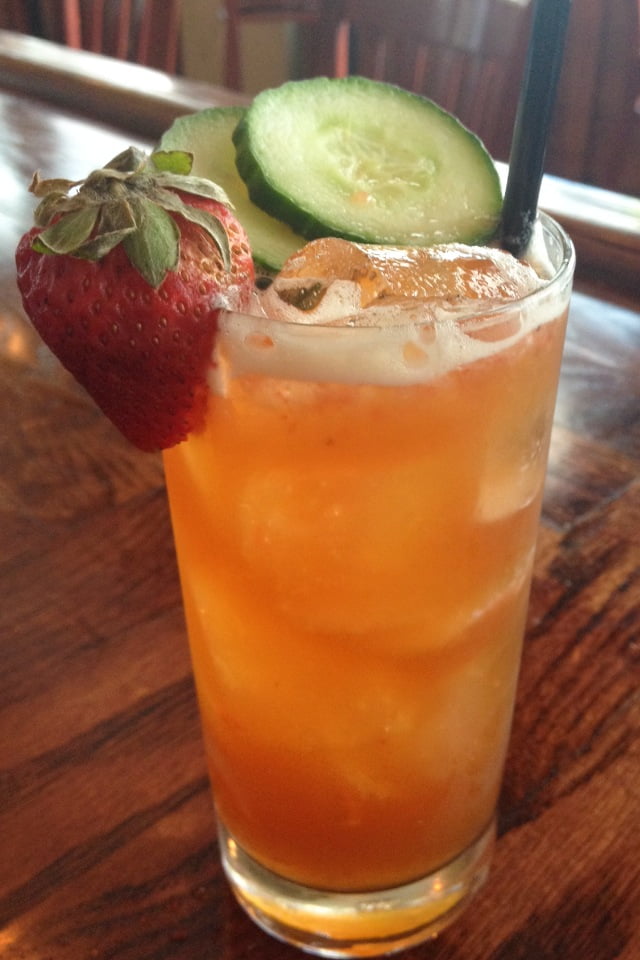 The Monk’s Gone Wild, a Hub City original created by partner Jimmy Cronk, starts with strawberries muddled into green Chartruse, then shaken over ice with simple syrup, lemon juice, and Pimms finished with a float of ginger pop.

Parker also raises the profile on the traditional Dark and Stormy with the Scuro Y Fernety — a blend of Fernet Branca, lime and ginger pop. And with summer just around the corner, Parker plans to roll out some new concoctions.

“We’ve been working on a ginger and lemongrass infused gin,” says Parker. “One of my favorite things to work on every summer, when the price drops and they come out, is Concorde grape.”

“They have a noxiously robust flavor and anything that you do with them just maintains that deep dark purple color. Just aesthetically all drinks with Concorde grape look really good.”

“And it’s fun to kind of trick people and make things with Concorde grape taste like something you wouldn’t expect it to. Like combining Concorde grape and scotch and citrus. Throwing things together that when you read it on paper, it seems like it would be delicious and appetizing, but you have no expectation of what it may taste like.”

These and other warm weather thirst quenchers will be heading to the shore this summer, as Destination Dogs gears up to open its second location in Atlantic City.

The new 160-seat place, slated for opening July 1, will set up shop on Tennessee and Atlantic Avenues. “Atlantic City will be fun for us. We’ll get to see what we can do in that town, because there isn’t anything like this in Atlantic City,” says Parker.

“There’s not a lot of things that are privately owned that are outside of the casinos.”

Just a stone’s throw away from the boardwalk, the seaside locale will continue in the New Brunswick location’s pioneering style. 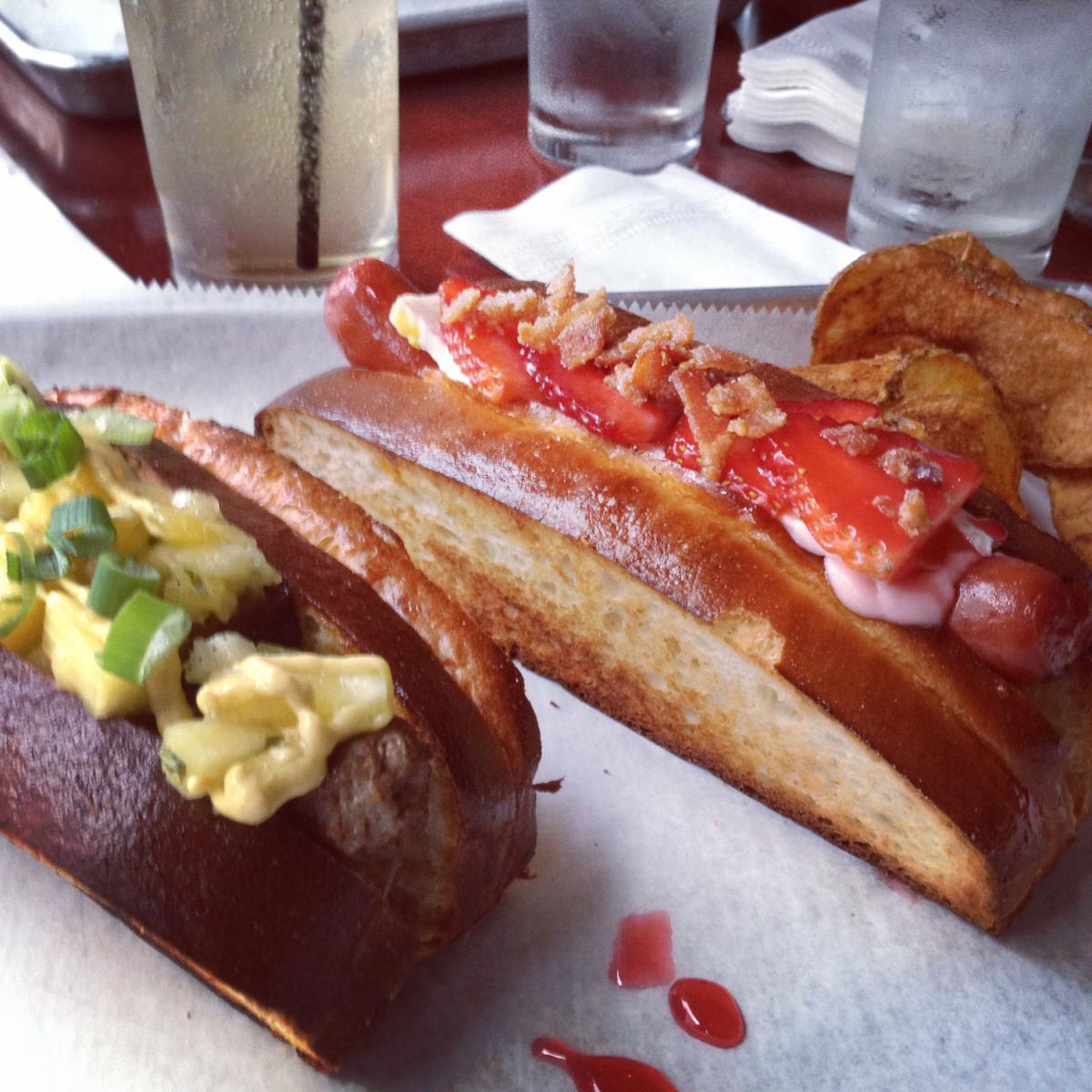 Destination Dogs opened in a much smaller space on Spring Street in September 2012, but their gourmet hot dogs quickly developed a big following.

Within a year, the establishment acquired a liquor license and moved two blocks away to its current location.

The former location is now home to the teams latest food project Garden Steak — elevating the profile of the steak sandwich, true to their style.

Although the Atlantic City outpost is steps away from the ocean, “the only beach vibe it will have is that it will be near the beach,” Parker jokes.

“In true prohibition cocktail fashion, we’re vampires by nature, and we’re going to sit inside of a dungeon and make cocktails and drinks.”