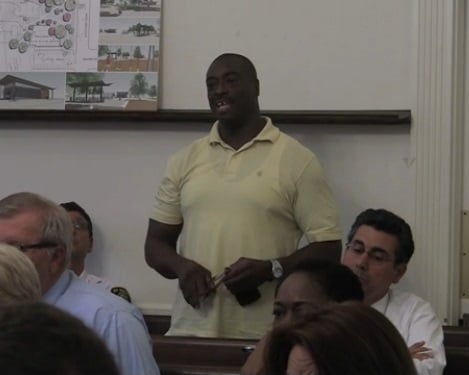 UPDATE (10:10PM): This story has been updated to include information from NBC New York and the Middlesex County Prosecutor's Office.

Carmen Jaime, who identified herself as the aunt of one of the victims, said she had tried to reach the girl's mother via cell phone, but had been unsuccessful.

The Middlesex County Prosecutor's Office took over the investigation because of Rawls role in the city government, one of ten department heads appointed by Mayor James Cahill.

"We are still getting information on the incident," said Cahill's spokesperson Jennifer Bradshaw.

"The Mayor spoke with the families of the children at the hospital this afternoon and offered his support and that of the City. He also visited with the fire director, who only expressed interest in the well-being of the children. We hope all recover soon."

"They were here in a heartbeat," Agosto said.

In March, the city received the results of a "road diet" survey which considered the possibility of decreasing portions of Livingston Avenue from four lanes to three and adding a bike lane.

"It's a dangerous street," Suastiga said. "This an example of why they have to do something about this."