Casillas won his Super Bowl championship in 2010 as a member of the New Orleans Saints, a source of pride for that city and Casillas’ hometown of New Brunswick.

He is one of the first, if not the first NFL player from New Brunswick to win a Super Bowl.

Besides being an outstanding athlete, Casillas has also been very active in the community.  Casillas has done a lot of charity work and is always stopping by different schools, speaking to kids and assisting in charity events in New Orleans, Tampa, and in New Brunswick.

The local legend recently took part in a charity basketball event at NBHS featuring professional athletes who got their start at Rutgers or in New Brunswick.

The event raised $3,000, which was split between the HUB Teen Center and the local Rotary organization.

Casillas has also been involved in the NBHS Play-It-Smart program. This academic program helps a lot of athletes stay on track with their grades and was a big part of Casillas’ own high school experience. 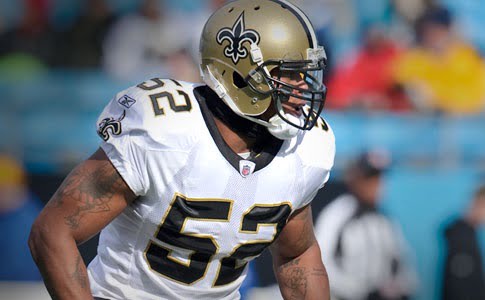 After playing college football at the University of Wisconsin, Casillas was not chosen in the 2008 NFL Draft, but was quickly signed by the New Orleans Saints as a free agent.

He made the cut and joined the Saints’ 53-man roster out of training camp in 2009 and almost immediately contributed on defense and special teams.

In his rookie season, the Saints went on a tear, winning their first 13 regular season games and making it to the Super Bowl for the first time in franchise history.

In that game, Casillas came through in what many consider to be the turning point, when he forced the ball out of an opponent’s hands and helped recover an onside kick to start the second half en route to a 31-17 victory over the Colts.

All of his hard work and dedication through the years paid off as the rookie Casillas and his teammates won the Super Bowl XLIV championship in front of 74,059 people at Sun Life Stadium in Miami Gardens, Florida.

The live broadcast of the game was watched by 106.5 million viewers, making it the third most-watched Super Bowl in history.

After suffering a foot injury during the pre-season the following year, Casillas was sidelined for the entire 2010 season.  He stayed with the Saints for 4 years before being released in March of 2013. 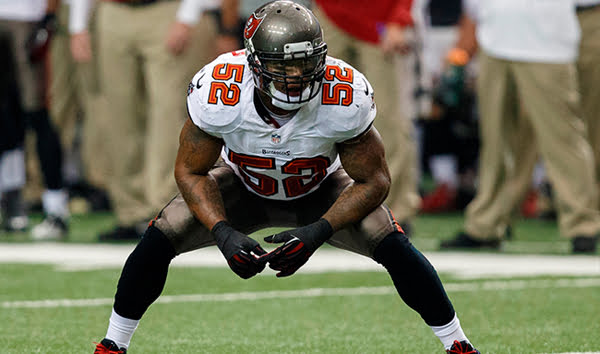 Now with the Bucs, Casillas is a candidate for the starting strongside linebacker position, and is also one of the Bucs’ most valuable players on special teams.

Casillas joined the Buccaneers last season and dealt with some injury issues, but was able to play in 12 games with four starts. He had 24 tackles, two passes defensed and one forced fumble, while adding nine tackles on special teams.

Although he spends much of his time in Florida, Casillas still gives back to his hometown community of New Brunswick.

As a student at NBHS, back when it was located on Livingston Avenue, Casillas was a threat both on offense and defense for the Zebras.

Casillas scored eight touchdowns on offense in 2004 and was a member of Super Prep’s New Jersey top 35 team, first team All-State, All-County, and County Defensive Player of The Year.

He made 90 tackles including 20 stops behind the line of scrimmage, and sixteen sacks, as a senior. 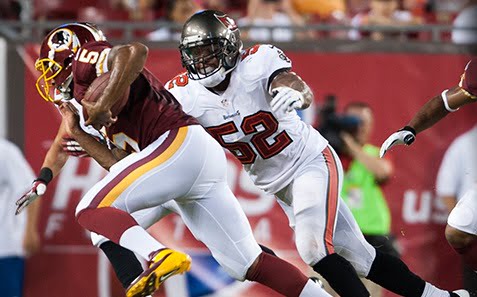 After his senior year at NBHS, Casillas enrolled at the University of Wisconsin in 2005 and made an impact for the Badgers on special teams.

Along with his quick speed and hard hits, Casillas has a knack for finding the ball.

One of his most memorable plays during his college career was when the Badgers were losing to the Minnesota Gophers and Casillas blocked a punt that was recovered for a touchdown.

With 30 seconds left on the clock the Badgers completed a stunning rally that lifted them to a 38-34 victory over the Gophers.

He was also All-Big Ten honorable mention his final three years at Wisconsin.

Though some questioned whether he had what it took to translate that success into the pro game, six years later Casillas has proven through hard work and determination that an NFL roster is where he belongs.

Fans of Casillas can stay up to date with his career by reading his new blog at Jonathan-Casillas.com.