Boraie bought the two four-acre parcels, located just a quarter-mile from the city’s Boardwalk, for less than eighteen times what the local government’s tax assessor says the land is worth. 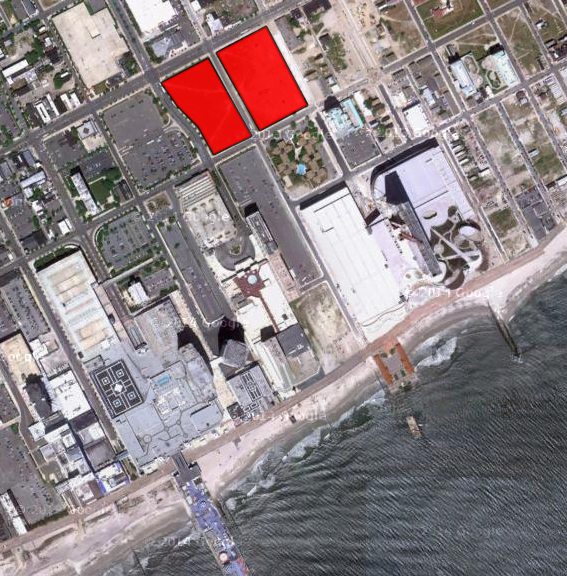 At the vacant Atlantic City site, known as “Pauline’s Prarie,” the company has pledged to build “The Beach at South Inlet,” a 250-unit luxury apartment complex “with amenities such as a doorman, on-site parking and swimming pool.”

Sam Boraie, a Vice President at Boraie Development claimed a smaller assessment when contacted by NBToday: “The land was originally assessed as CASINO USE, and has sat vacant for the past fifty years,” Boraie wrote.

Boraie pointed out that his firm will “bear additional financial responsibility for environmental clean-up and all planning costs associated with the parcel and the development.”

But the city’s tax assessor disputes his assessment, saying that $18.5 million is the appropriate figure.

“That assessment should not have been changed,” she continued.  “The assessment will be changed back to $18 million.” 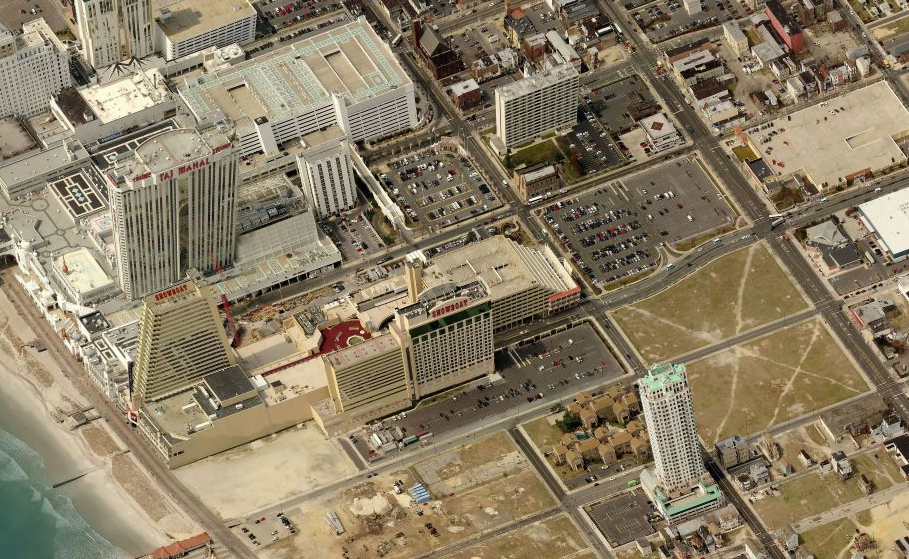 Robinson said the previous mayoral administration had engaged in “a lot of discussion last year in the spring and summer,” when asked what led up to the properties’ assessments being cut by more than two-thirds.

“The Housing Authority board approved that because it was working with the city to advance redevelopment on the site,” the agency’s Acting Director of Redevelopment Ira Fonorow told New Brunswick Today.

Langford had called the Boraie project “a shining example of urban community development at its best.”

According to Langford, Boraie is “well-known for building successful inner-city projects…  that enhance entire communities.”

“They bring to Atlantic City the knowledge, expertise and capital necessary to create a new, vibrant community.”

But, according to the developer’s track record, much of Boraie’s capital comes from the government in one way or another.

Last month, Boraie Development was approved for a $30 million government loan from the state’s Casino Reinvestment Development Authority (CRDA), despite a questionable track record of failure to deliver on promises made to local and state governments in the past.

“The CRDA is providing financial assistance in the form of construction and take-out lending not to exceed $30 million,” reads an authority press release issued the day after the approval.

“This Board action signals a kick-start to revitalization in the South Inlet,” said CRDA Board Chariman Jim Kehoe.

The release pointed out that the board had made a “preliminary determination of project approval” in December, and then granted Boraie “project approval and a fund reservation,” last month. 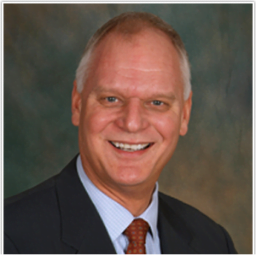 Last November’s election sent a Republican into the Atlantic City Mayor’s office for the first time in 23 years.

But Guardian recently appeared on a “private panel” at a February 28 redevelopment conference last month with Waseem Boraie.  Like his brother, Waseem is also a Vice President with the development firm.

Mayor Guardian and the City Council’s members did not respond to emailed questions about the project.

In January, the new mayor was quoted by the Philadelphia Inquirer as saying, “We need to make Atlantic City a place where developers want to build.” 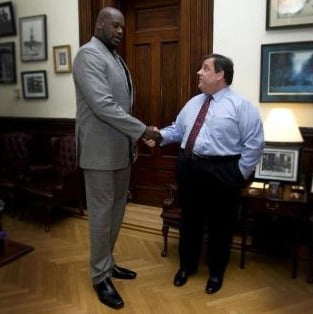 Among those involved with the development firm is retired basketball player Shaquille O’Neal, who took the unusual step of endorsing Gov. Chris Christie’s re-election last fall.

Christie’s administration has come under fire for approving $4.8 million in Hurricane Sandy disaster relief funds to support another luxury rental complex being erected by Boraie in New Brunswick, an area that was not heavily damaged in the superstorm.

A series of New Brunswick Today articles exposed the developer’s questionable track record for delivering on promises made to state and local governments, including similar pledges to the ones tied to securing the Sandy funds.

As we reported, the developer was forced to revisit agreements made with the New Brunswick Parking Authority and the state’s Housing and Mortgage Finance Agency when its first major project, a 23-story highrise in downtown New Brunswick, failed to make good on promises of public parking and affordable housing. 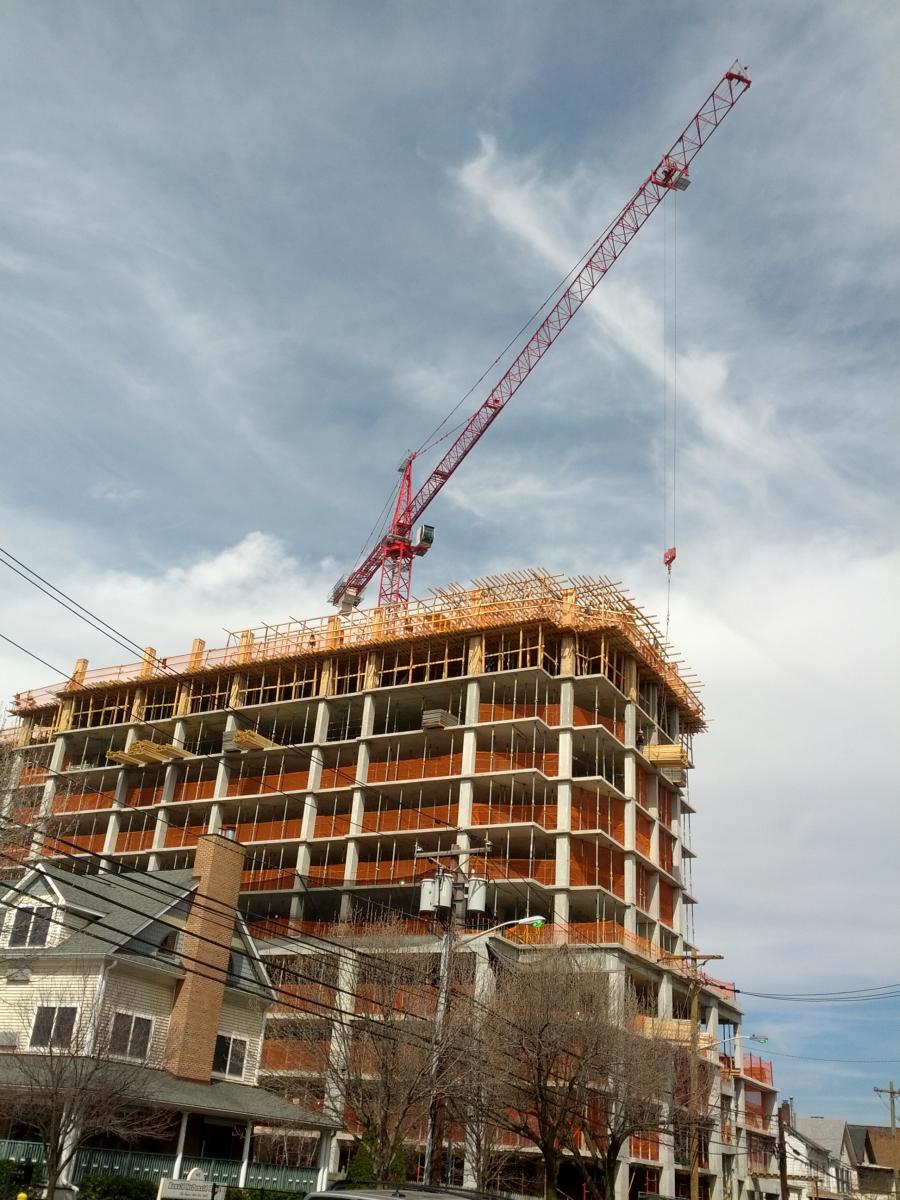 The New Brunswick project, dubbed “Somerset Mews,” had been in the works for years before the Hurricane, but the $4.8 million was quietly approved and officials held a strange groundbreaking ceremony that no members of the press attended on September 23.

It wasn’t until four months later that NBC New York revealed the politically-connected developer had been awarded Sandy funds, on the heels of accusations by Hoboken’s mayor had alleged just the opposite occurred in her town: that Christie administration officials threatened to withhold the recovery money if she did not approve a large-scale private development project.

“I believe this is something you mentioned to the team last week or maybe two weeks ago,” wrote Katrina Cheung, a CRDA worker forwarding a request from this reporter to the agency’s chief spokesperson Kim Butler. Accidentally, Cheung included New Brunswick Today on the forward.

Like most state agencies, the CRDA has gone silent when it comes to requests for information about deals with Boraie Development, ever since New Brunswick Today continued asking questions about the developer’s track record, and ultimately forced the Department of Community Affairs to admit they had misrepresented Boraie’s credentials in a press release.

Prior to the high-profile attention on Boraie’s most recent project, the CRDA also touted the reputation of the company it would eventually approve for a loan.

“This is what we need to attract people back to Atlantic City,” Waseem Boraie told the AC Press. “Based on our research, if there was a product geared toward the young in Atlantic City, they would live here.”