By: Anastasia Khramova
In: Archive

NEW BRUNSWICK, NJ—“Mitt,” a new documentary film produced by Netflix, will be screened tonight at 7:30pm at the Eagleton Institute’s “Popcorn & Politics” event, free and open to all Rutgers University students at 191 Ryders Lane.

The documentary, which was six years in the making, focused on former Massachusetts Governor Mitt Romney and follows him during his failed 2008 and 2012 presidential election campaigns.

The one hour and thirty minute film first premiered at the Salt Lake City Film Festival, where Romney and his family were in attendance.

The unique documentary of the Republican candidate was directed by award-winning filmmaker Greg Whitely whose films include “New York Doll” and “Resolved.”

Romney contacted Whitely, who was honored to direct and edit Mitt which fist came out in Salt Lake City film festival in 2012.

While the website Rotten Tomatoes, which compiles reviews from critics across the country, gave the film an impressive 81%.

But not every reviewer had nice things to say about the documentary.  Boston Magazine claimed that the movie had no sense of irony.

The Washington Post’s Hank Stuever called the film “a departure from similar projects that have taken us in to campaign war rooms and built their stories around the political machinery in action.”

According to the Eagleton Institute, representatives from the Rutgers College Republicans, Rutgers Model Congress, Rutgers Democrats and Douglass Governing Council will be on hand at tonight’s screening and participate in a discussion about the film.

Refreshments will be served. 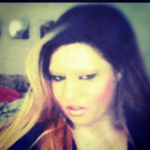