Marchetta will be transferred to a newly-created position: Assistant Business Administrator.

Jennifer Bradshaw, a Rutgers alumna who lives in Highland Park, will take over the spokesperson job.  She served as the editor of New Brunswick’s Patch.com news website since it launched in 2011.

Her coverage on Patch.com was among the best and most comprehensive in the city, featuring a wide range of relevant content.

“Jennifer’s skills as a reporter and knowledge of New Brunswick will be a real asset in providing residents, the media, businesses and visitors with information about City services and operations and news, events and items of interest,” Cahill said in a statement released today.

The statement did not mention the salaries of either Bradshaw or Marchetta.  Marchetta was hired in January 2012 and eventually given a raise to his current $60,000 salary.

Bradshaw’s hire is the latest sign that Cahill will likely run for an unprecedented seventh term as the city’s mayor.

Bradshaw, like most employees of Patch, a nationwide online news network, was abruptly fired last month after the project was sold to Hale Global.

From 2006 to 2011, Bradshaw worked for the Asbury Park Press, another outlet that has been shedding its staff in recent years.

According to Bradshaw, she starts the new City Hall job on Monday.  The spokesperson position, also known as a public information officer, is considered an employee of the Mayor’s Office.

The Mayor’s office and Marchetta did not immediately respond to questions about the personnel moves.  According to Bradshaw, Marchetta will be starting a new job working under embattled Business Administrator Thomas Loughlin. 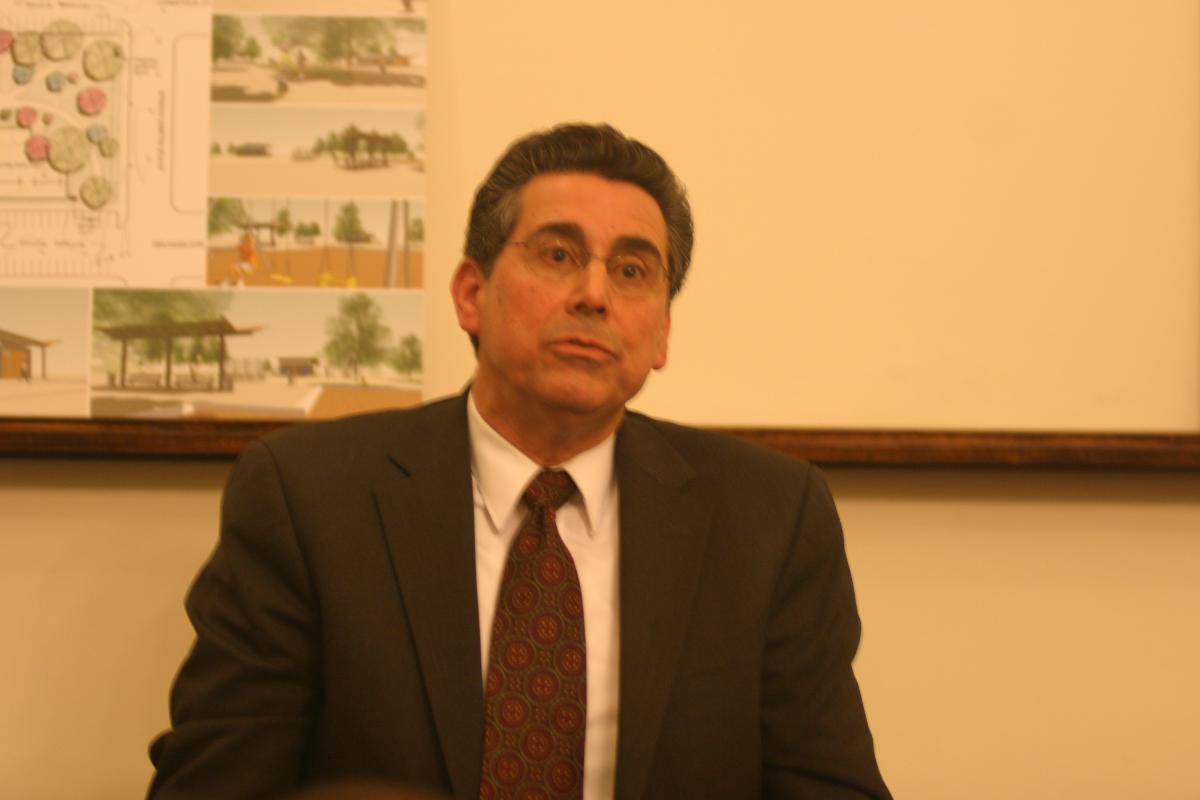 On March 5, Marchetta issued a press release referring to this newspaper as a “political blog” and questioning the motivations of a public records lawsuit filed by the author of this article.

The City Council’s members were given the opportunity to defend the press release at their public meeting that night, but declined to comment on it.

Marchetta uncharacteristically left that meeting early before the author of this article raised the issue.

But on March 14, the city gave in to public pressure and providing at least some of the police jurisdiction maps New Brunswick Today had requested.  Marchetta’s release claimed the release of the jurisdiction maps could “jeopardize the security” of the city’s residents.

“I am also very pleased that Russell Marchetta has taken on the role as Assistant Business Administrator,” said Cahill.

“In his new position Russell will be involved in such areas as preparation of operational and capital budgets, management of public properties, collective bargaining for municipal employee contracts and energy related issues.”

Marchetta, a Monmouth County resident, has multiple relatives currently working in high-level positions in the administration of Gov. Chris Christie.