Study: No Other University Subsidizes Athletics as Much as Rutgers

By: Lisa Marie Segarra
In: Archive

NEW BRUNSWICK, NJ—The Rutgers University athletic department has received $47 million in subsidies from the university.  This comes after the department found itself with a deficit of $79 million after the 2012-13 season.

This marks a 67.9% increase from the $27.9 million in subsidies that the athletic department received from the university in 2012.

Reportedly, this makes the Rutgers athletic department the most heavily subsidized athletics program compared to other public universities throughout the nation according to a USA Today article.

Officials attributed the increasing costs to last year’s scandal involving former head basketball coach Mike Rice, in which Rice was found to have engaged in abusive conduct including shoving and throwing basketballs at players, cursing, and using homophobic slurs.

Officials also blamed costs associated with Rutgers switch from the Big East to the Big Ten.

The scandal following Rice’s behavior cost the university $2.2 million due to the early termination of both Rice and former athletic director Tim Pernetti’s contracts. Exiting the Big East Conference in order to enter the Big 10 cost the university a total of $9.8 million.

While the athletic department’s chief financial advisor, Janine M. Purcaro, has noted that these are one-time expenses, the anticipated neutral budget Rutgers President Robert Barchi claimed the department would reach in six years from that date seems to be getting harder to reach.

The Rutgers athletic department has generated $262.3 million since 2005, but the university has also subsidized $238.6 million.

Recent revenue standings for the athletic department have not improved either. Ticket sales dropped by $1.2 million. Total revenue for the 2012-13 season reached $32 million.

Contributions to the athletic department also fell by $3 million.

Overall, athletic spending by the university has been met with controversy. Nearly $10 million of this year’s subsidy comes from student fees.

Many in the Rutgers community voiced concerns that the money would be better spent on academics rather than athletics, as reported by a recent article on Muckgers.com.

Barchi has also claimed that over the next dozen years, the athletic department will bring in about $200 million by joining the Big Ten.  However, it is not clear yet whether the change will ultimately have a great financial payoff.

As Rutgers officially enters the Big Ten on July 1, many will be looking to see the actual impact of the conference switch on the department's bottom line. 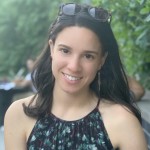