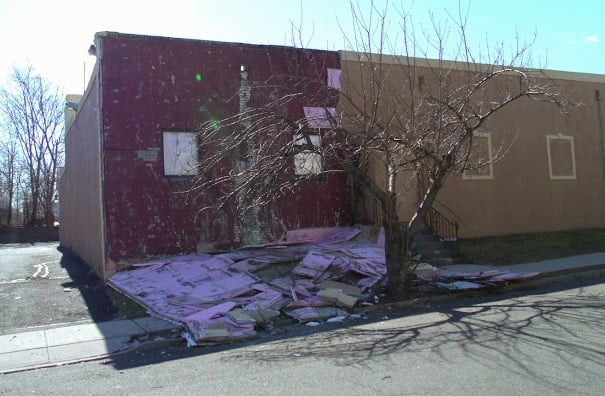 NEW BRUNSWICK, NJ—Around 1:40pm this afternoon, a large portion of a bar building collapsed onto the sidewalk near the intersection of Seaman Street and Commercial Avenue.

D'Gala, located at 156 Commercial Avenue, was closed this afternoon and city officials were on scene assessing the damage.

A neighbor who frequently complains about the bar's impact on surrounding properties said that, as a huge chunk of stucco siding fell off the building, it sounded like a high-speed car accident.

The city's construction code official William Schrum confirmed the building will not be cleared for occupancy until an architect confirms it is safe to enter.

Editor's Note: The photograph above was taken by Richard Rabinowitz.