UPDATE (7:05pm): This article has been updated to include comments from NJTransit.

NEW BRUNSWICK, NJ—One person was killed after being struck by a train at the New Brunswick train station shortly before 5pm.

"According to eyewitness reports, the subject was leaning in the path of the oncoming train," said William Smith, an NJTransit spokesperson.

Four more people standing on the platform were injured as the train struck the person, who was identified only as an adult male.

One person refused medical attention, and three others were taken to nearby Robert Wood Johnson University Hospital with non-life-threatening injuries.

Local police use their emergency alert system to send the following message at 5:09pm: "Due to an ongoing police investigation train riders should expect delays at the New Brunswick Train Station." 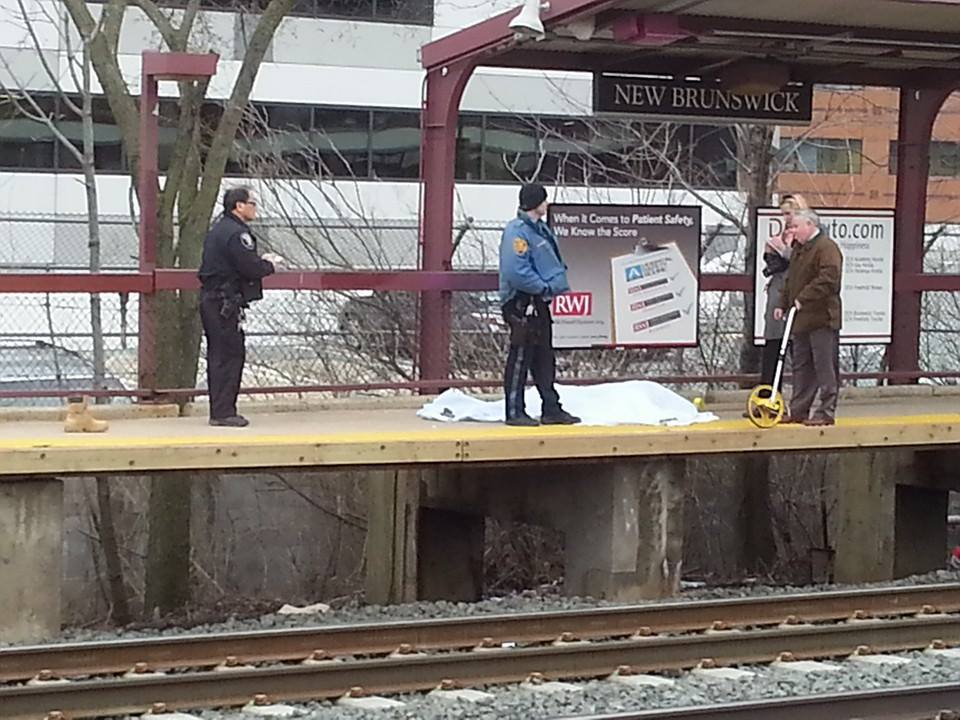 A white tarp was seen covering up the body of the deceased on the northbound side of the station, as investigators proceeded with their work.

Several news helicopters have been hovering over the city since the incident, and television stations have reported that three people were hospitalized.

Northbound rail service has been restored, but all trains are currently skipping the stop in New Brunswick, as well as bypassing the Edison and Metuchen stations.

Please check back at NewBrunswickToday.com for updates on this developing story.

Editor's Note: The second photo in this article was taken by Danny Axelrod.