By: Paul Muolo
In: Archive

NEWARK, NJ–A tragic auto accident on the night of Friday, March 21 on the New Jersey Turnpike left one Rutgers student dead and another injured.

Santa Pumpura, a 21-year-old student studying finance at the Rutgers Business School, was killed in the accident.

According to police, the students were struck by a 2011 Dodge Caravan that swerved into the shoulder while they were inspecting their own flat tire on the side of the road.

23-year-old Halim Habib, a senior enrolled in the School of Environmental and Biological Sciences was also seriously injured, and remains hospitalized.  Habib was critically wounded and sustained life threatening injuries, but is currently in stable condition.

According to the Star-Ledger, the crash took place on the southbound side of the New Jersey Turnpike, at around 6:52 p.m. After an ambulance rushed both to the hospital unfortunately, Pumpura was officially pronounced dead at 8:02 p.m.

“We are all diminished when a life is taken from us. The loss of a loved one, friend or colleague is always difficult”. President Barchi also included in the email, a list of counseling and grief services that are open to any and every one.

Pumpura was originally from Rigia, Latvia and moved to Piscataway recently to attend Rutgers.  According to friends, the deceased was a ‘"joy to be around" and an "extremely intelligent person."

Not only did Pumpura speak four different languages (Russian, German, Latvian and English) but was also on the Dean’s list.

The driver of the Dodge Caravan, a 58-year-old man from Basking Ridge, has not been charged.  However the accident is still under investigation by local authorities. 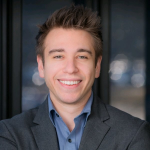