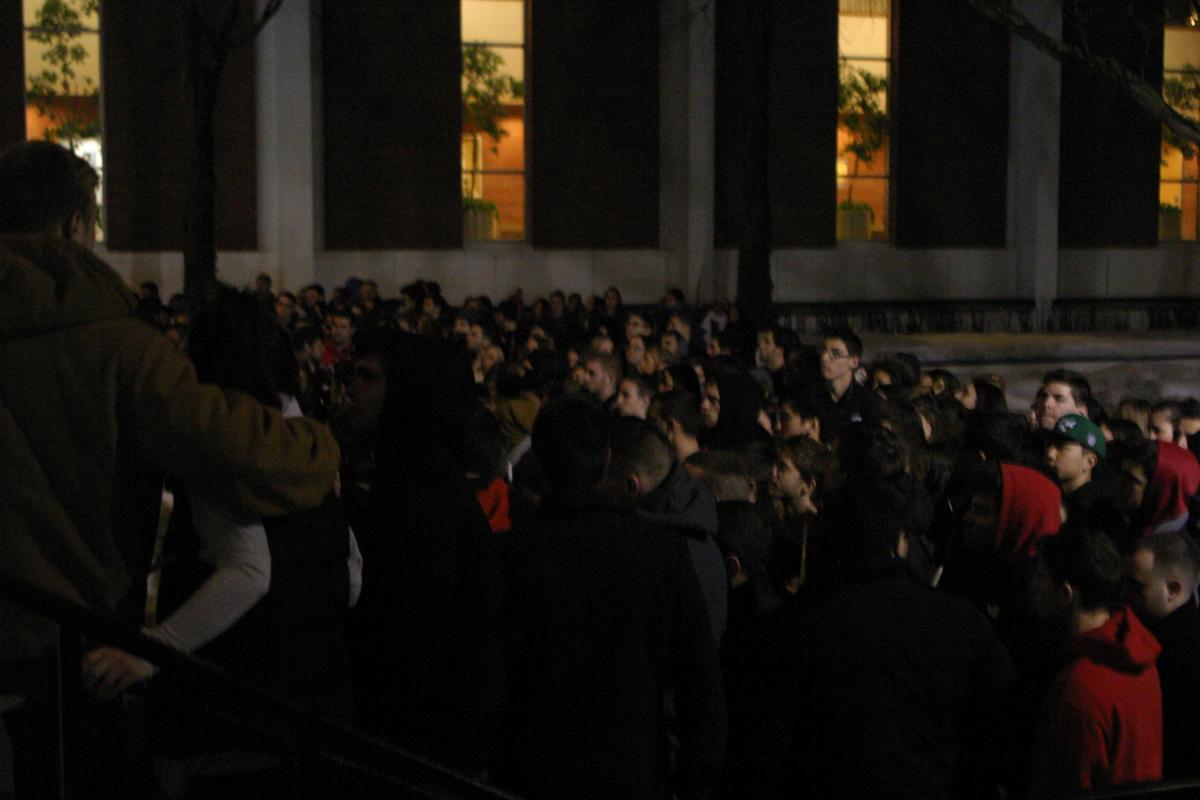 Two Weeks After Unsolved Murder Near Campus, Rutgers Still Has Not Informed Their 65,000 Students

NEW BRUNSWICK, NJ—Rutgers University's administration has been extraordinarily quiet about the recent killing of a former student just blocks from campus, while a spokesman for New Brunswick police falsely claimed that Rutgers had alerted "all of their students" of the incident.

Contrary to claims made by New Brunswick Police Captain JT Miller at this week's City Council meeting, the University still has not sent out an email notification to the student body regarding McCaw's death.

Capt. Miller said that both Kean and Rutgers had "put out mass e-mailings" in an effort to produce leads in the unsolved murder investigation.

"Rutgers University and Kean University… they put out mass e-mailings to all their students asking for more information," said Miller.

While it is true of Kean, most of Rutgers' 65,000 students received no such email.

Despite a vigil that drew more than 300 concerned students on Wednesday, the university's President Bob Barchi has been completely silent on the killing.

Barchi's subordinates, including Gregory Jackson and Felicia McGinty, have been privately responding to concerns that have been pouring in from students and parents, but the university has not issued any statements about the incident.

"When something terrible like this happens, it is especially important for each of you to take good care of yourselves, both physically and emotionally. Take care to engage in healthy habits, like getting enough sleep, eating right, exercising, and avoiding the overuse of substances," read the email from Martin Markowitz, a Senior Associate Dean at the Business School.

Asked Thursday if Rutgers had sent an email to all its students, Acting Middlesex County Prosecutor Andrew Carey admitted, "I have no idea what Rutgers did about that."

Nevertheless, Carey said the investigation is active and "we're still looking for help from the community."

Carey's office today confirmed that "no arrests have been made, but the investigation is active and is continuing."

The initial statement from the prosecutor's office came more than 24 hours after McCaw's lifeless body was found, and omitted McCaw's connections to Rutgers and New Jersey.

"It is my understanding that the [deceased] is a former Rutgers Student, however not currently enrolled and/or otherwise affiliated," said Captain Michael Rein of the RUPD.

Neither Rutgers nor the city's Mayor James Cahill has issued an official statement of their own.

Russell Marchetta, a spokesman for Cahill, did not respond to a question emailed earlier this week about the mayor's silence on the city's first murder of 2014.

Rutgers University's media relations department did not answer direct questions this week asking if they had sent any communication to students in an attempt to assist the investigation.

"The Rutgers University Police Department worked with the lead investigating agencies (the New Brunswick Police Department and the Middlesex County Prosecutor) in canvassing the neighborhood to distribute flyers requesting the community’s help to gather information. RUPD continues to assist the lead agencies in the on-going investigation."

Kean University mourns the loss of William "Billy" McCaw, an accounting major and recent transfer to Kean. McCaw died tragically in New Brunswick Saturday morning. He was 22 years old. The University community extends its condolences and deepest sympathy to the McCaw family, who are in the process of arranging services.

If anyone has any information related to Mr. McCaw's death, please contact Det. Sgt. Gorman of the Kean University Police Department at 908-737-4823 or by email at [email protected]

Jacqui Klein, whose daughter lives in off-campus student housing, told New Brunswick Today that faculty had not been notified of the killing, and were instead learning about it as students did, "through the grapevine."

"A beloved young man was killed in your community…. There is not an announcement of increased security or more cohesive cooperation between NBPD and RUPD, not an expression of sorrow at a life cut too short, not an offer of counseling or support for our children who we entrusted to your guidance, not even an acknowledgement that is happened."

And earlier today, the Middlesex County Prosecutor's Office announced via press release that Crime Stoppers was offering an undetermined reward for "for information that leads to an arrest in the death."

Editor's Note: The fourth photograph in this article (flowers and McCaw jersey) was taken at last Wednesday's vigil by Jennifer Han.