NEW BRUNSWICK, NJ—As the community copes with a tragic murder just blocks from the Rutgers campus, a lawsuit has been filed by the editor of this newspaper seeking official police maps that show how the city’s two major police departments divide responsibility for public safety.

As we reported on December 20, several sources including Rutgers Police Chief Kenneth Cop indicated that changes had been made to the areas where Rutgers police officers had “Title 39” authority, the power to pull over vehicles and issue traffic or parking citations.

“Yes there’s been some changes, and I’m not going to get into the specifics of those exact areas… That’s at the authority of New Brunswick,” Cop told New Brunswick Today at the time.

But it may have been a point of contention between the two departments since as early as September, when Rutgers Director of Student Conduct Anne Newman said the departments were “still sorting out jurisdictional issues,” according to The Daily Targum.

The author of this article is represented in the lawsuit by Clinton-based attorney Walter Luers, who specializes in New Jersey’s public records law. The case was filed in Middlesex County Superior Court.

Just 45 minutes before New Brunswick Today broke the story, we submitted identical public records requests to Rutgers and the City of New Brunswick asking for copies of the color-coded city maps that showed where in the city each of the departments would take the lead, and where there was shared responsiblity. 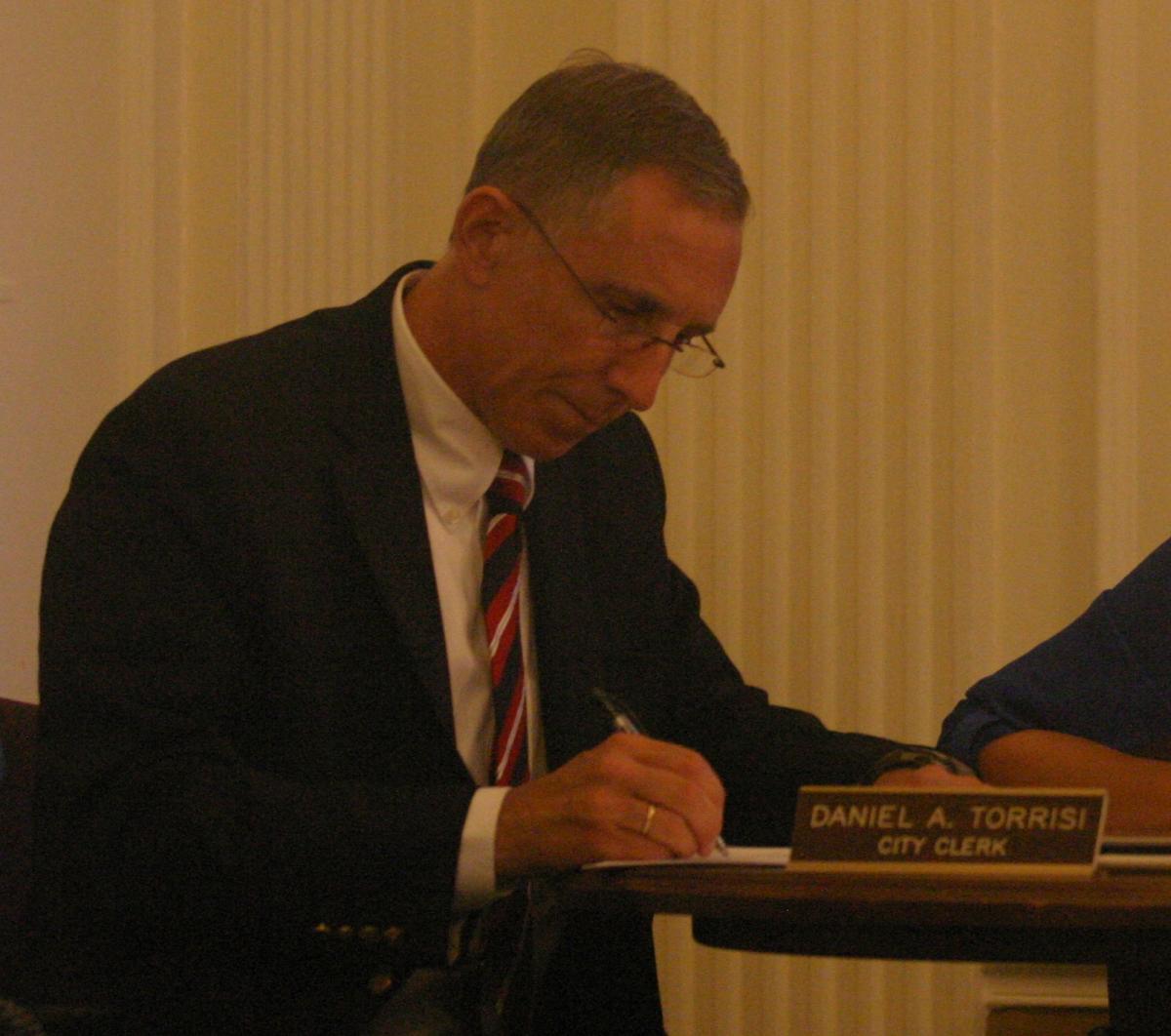 New Brunswick’s City Clerk Dan Torrisi, one of the 61 city officials that collect a six-figure annual salary, was named as a defendant in the lawsuit.  His office denied the public records request for copies of the jurisdictional maps.

“The maps for which you seek release are not being provided inasmuch as there is a greater public interest in maintaining the confidentiality of these maps when balanced against your interest in obtaining same,” Torrisi wrote in an email to the author of this article on January 27.

Rutgers’ custodian of records, however, never responded to our identical December 20 request until yesterday afternoon.

“I received in the mail a copy of your complaint and civil action against RU Custodian of Records,” wrote Susan Glick, the school’s official record-keeper.

“For reasons as yet unknown, I never saw your email request; the lack of response was not intentional. I wanted to let you know I received this packet and will be having our counsel contact yours.”

Coincidentally, part of the university’s failure to respond to the request may have been another surprising jurisdictional change.

One of the more curious, little-known changes made in the wake of the embarrassing Mike Rice scandal was the removal of the responsibility for public records from workers in Old Queens, the main administration building on the New Brunswick campus.

Instead, the custodian of records office was inexplicably moved roughly 25 miles away to the Newark campus as part of a renewed push for ethics and compliance with the law.

But in this case, it appears that our request for the police maps was lost in the shuffle, or perhaps ignored. 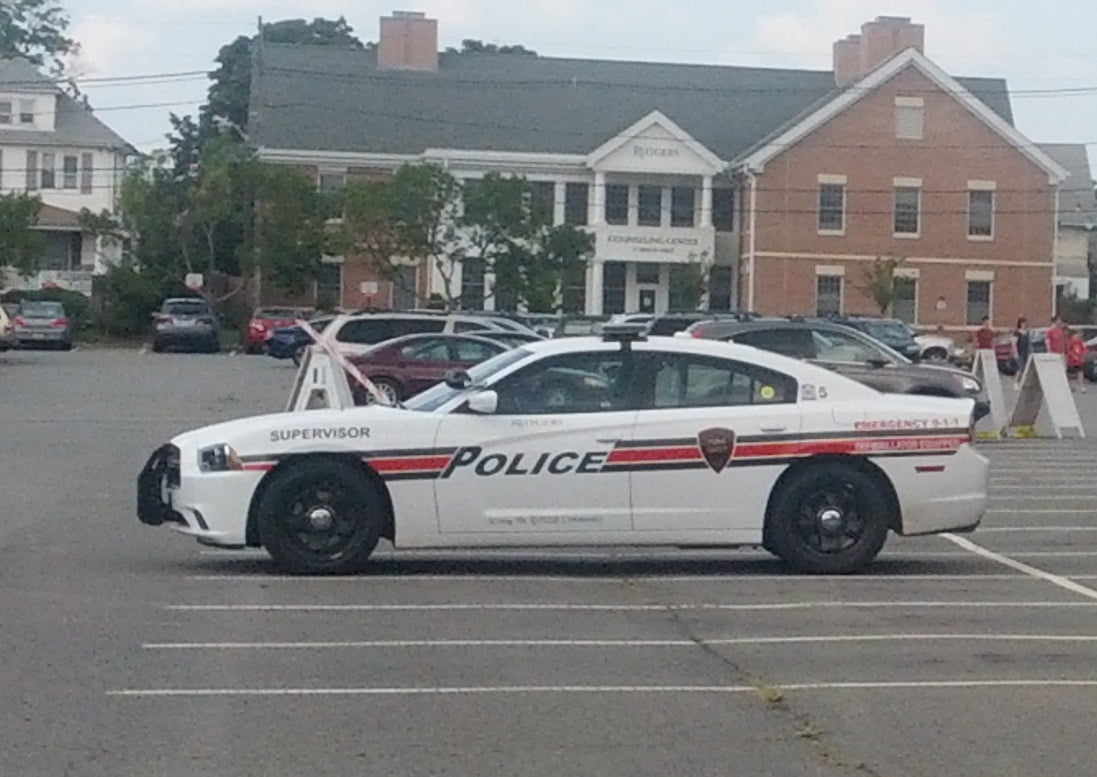 On January 27, the author of this article asked Rutgers to confirm that they had received the original request, now more than a month old.  No response.

Four days later, after again reminding Rutgers of their obligation to respond to the records request, former custodian of records Kimberlee Pastva responded.

“This office no longer handles records request pursuant to [the Open Public Records Act]. We have forwarded your request to the new office.” wrote Pastva in the January 31 email, the last communication received before filing suit Friday.

According to an article published in yesterday’s Daily Targum, the city government and NBPD officials did not have much to say about the lawsuit.

“Russell Marchetta, spokesperson for the city, said he could not comment by press time due to lack of information about the suit. Capt. JT Miller of the New Brunswick Police Department could not be reached by press time,” read the front-page article written by Targum’s Erin Petenko, adding that Rutgers also did not provide a comment.

Two days before the lawsuit was filed, and four days after a dead body was found in a neighborhood dominated by Rutgers students, Miller downplayed the recent jurisdictional changes at the February 19 City Council meeting.

“[RUPD’s] restrictions on Title 39 statutes have always been in effect. Every year–every couple years it’s revisited,” said Miller. “We re-do the map depending on properties that Rutgers builds and the way campus changes within the university.”

Miller, who attends the council meetings in leiu of Director Caputo, did not elaborate on the specifics of the changes.

“And it’s always been in effect. It’s not something that came up new,” Miller continued. “It’s just, you know, parameters change and agreements made with the university.”

Pressed by New Brunswick Today, Council President Rebecca Escobar agreed to investigate the changes in jurisdiction and the mysterious reasons for them. 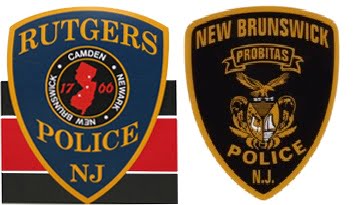 The tenuous relationship between the two police departments has evolved over time, and could easily be characterized as more adversarial than cooperative.

But now, the unsolved murder of former Rutgers student Billy McCaw has cast the inter-agency dispute in a new light, leaving many community members to call for increased harmony between the police forces.

McCaw’s body was found behind 28 Hartwell Street, an area that traditionally had been patrolled by both agencies before the Title 39 changes.

Meanwhile, some have speculated that a battle between the departments’ respective police unions might be brewing, considering the lucrative opportunities Rutgers offers for off-duty work at football games and other large events.

As it stands now, even though the games are held in Piscataway, large numbers of NBPD officers accept offers to work on gamedays, paid by the university through the city, who also benefits financially from the arrangement.

The budget for “extra-duty” police officers is expected to increase as the university joins the Big 10 athletic conference later this year. 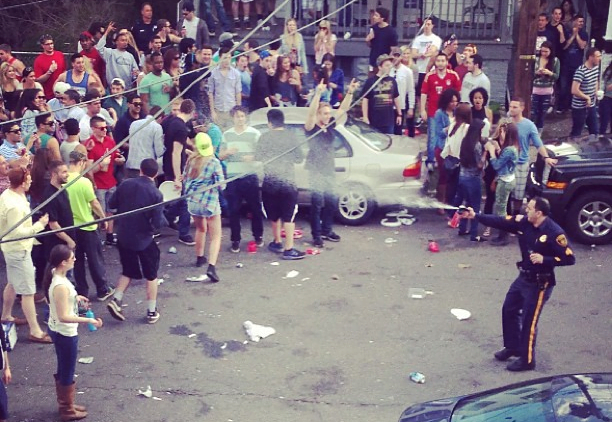 New Brunswick’s police leaders have also had little patience for recent incidents of out-of-control partying in student-dominated areas, as evidenced by their forceful response to a wild block party on Delafield Street last April.

In 2011, after a particuarly raucous explosion of partying during the annual “Rutgersfest” celebration, NBPD Director Peter Mangarella publicly shamed the school and demanded they end the annual spring festival, which often attracted tens of thousands to the city.

Additionally, New Brunswick police have become increasingly apprehensive about the growing role that Rutgers PD has played in city neighborhoods over the years, as students more frequently turned to off-campus housing instead of living in dormitories or with their parents.

With the merger between Rutgers and the University of Medicine and Dentistry of New Jersey complete, the RUPD’s workforce grew to include 151 sworn officers, roughly ten more than the NBPD.  The RUPD also patrols Rutgers campuses in Piscataway, Newark and Camden.

Aside from restrictions on pulling cars over in most of the Hub City, the Rutgers Department actually has statewide jurisdiction. No other community has placed on the RUPD the types of geographic restrictions on law enforcement that NBPD has traditionally insisted on.

In general, students seem to prefer working with the RUPD, who have a superior reputation and special training to deal with issues that commonly involve college students. 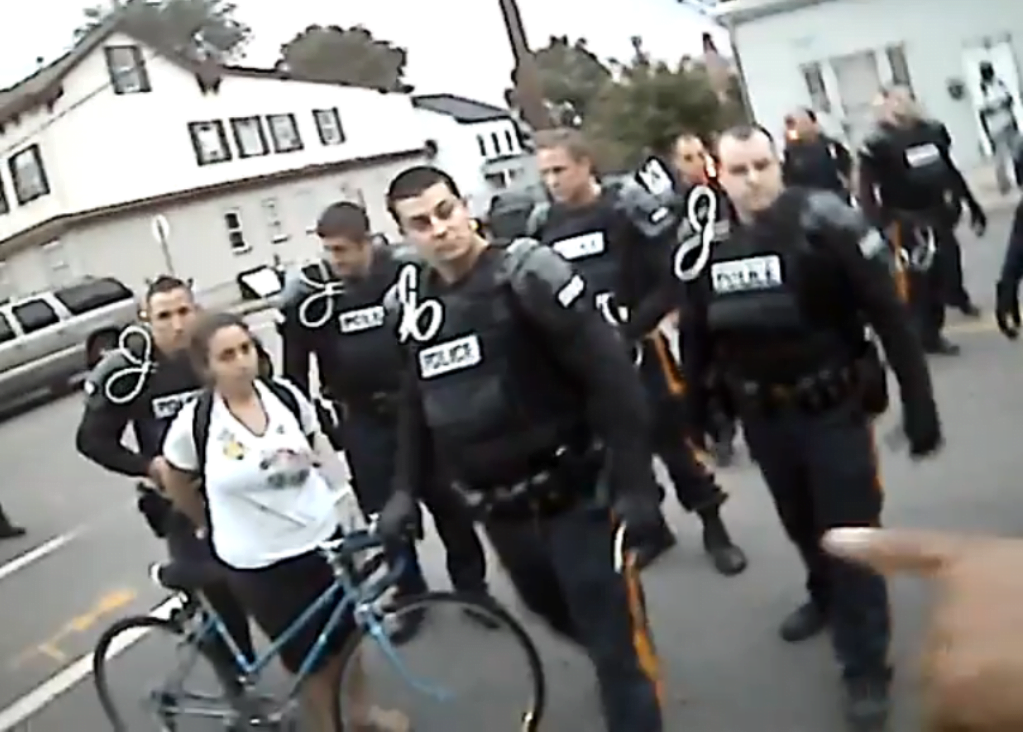 In September 2011, a 19-year-old female Rutgers student was arrested by a swarm of New Brunswick police officers clad in riot gear at a peaceful protest for Barry Deloatch, a man shot and killed a week earlier by NBPD officer Brad Berdel.

The reason for her arrest?  She refused to move her bike onto a crowded sidewalk.

She later beat the charges against her in municipal court, as we reported in 2012.

Two 19-year-old male students claimed New Brunswick police officers beat them up and hurled slurs at them one cold night during December 2010, forcing them to sit in their underwear after knocking down their front door and ransacking their home.

In that case, police had barged into the wrong apartment in a multi-unit building.

As we reported in 2012, no evidence of any crime was found and the two students were eventually paid a $120,000 settlement by New Brunswick and Middlesex County taxpayers.

Meanwhile, the Rutgers Police Department avoided controversy for the most part and earned a prestigious honor in 2011 when they were accredited by the Commission for the Accredition of Law Enforcement Agencies (CALEA).

Sources say that this development came much to the chagrin of New Brunswick’s department, which does not enjoy the same accreditation.