NEW BRUNSWICK, NJ—Imagine living through one of the coldest of winters in recent memory without having a warm place to stay.

Long-term homelessness is an issue that various county organizations are trying to address, as Elijah’s Promise hosted the annual “Point in Time Count & Survey” on Wednesday to determine the number of homeless individuals in the county and provide them services.

Elijah’s Promise, the city’s only soup kitchen, was one of three sites in the county where the survey was conducted. 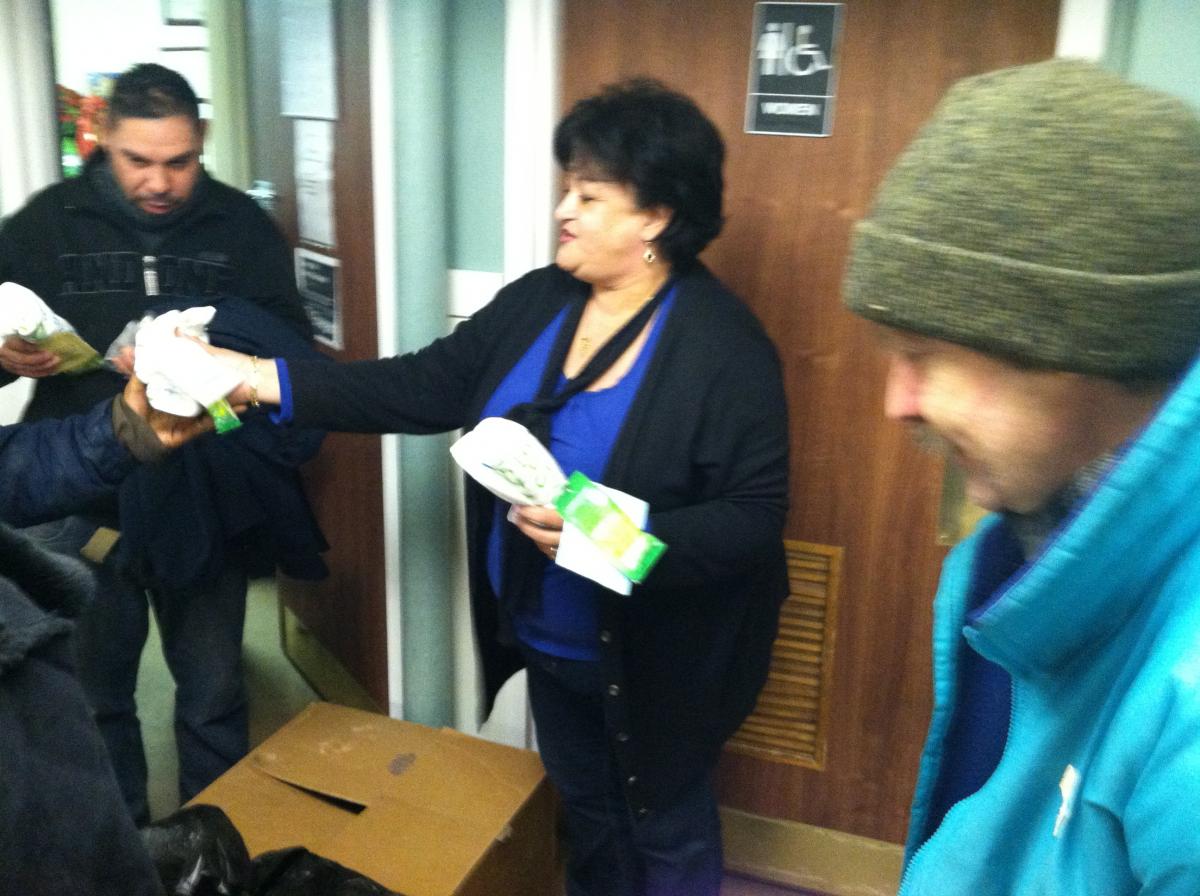 Throughout the day, homeless peoples from New Brunswick and other parts of Middlesex County poured through the doors of Elijah’s Promise to to be included in the count, receive a hot meal, and take advantage of services made available including HIV testing and the distribution of coats and hygiene products.

One homeless person named Anna, said she was thankful for all of the services she received, which included a hair cut and makeover.

“They did a wonderful job, a beautiful job,” she said. “They took the time to really show us they care. They weren’t here to do what they did and that’s it.”

“This is what we call home,” Anna said.

Volunteers helped those who came in to Elijah’s Promise fill out an extensive survey regarding their living situation and what services they are interested in receiving. The survey is designed to help secure government funding for the county’s homeless population, said Christine Lackey, director of Social Services for Making It Possible to End Homelessness.

In 2007, Middlesex County’s political leaders announced a ten-year plan to end homelessness in the county.

“Middlesex County, recognizing the need to move toward a coordinated strategy to end homelessness, embarked on the Ten Year Planning process in early 2007,” read the ten-year plan released in 2008.

But since the plan kicked off, homelessness has increased in the county, according to the Point in Time surveys.

The total number of homeless in the county was reported as follows:

Statistics from this year’s survey were not immediately available.  Last year, 861 adults turned in surveys and reported an additional 667 children who were homeless in Middlesex County on the day of the survey.

“A lot of people don’t like to admit they have a psychological problem, Buricelli said. “They view it as a weakness.”

The report said that the high percentage of homeless reported in New Brunswick may be a result of the fact that the survey was conducted in the city and the greater number of volunteers in New Brunswick for the count.

“New Brunswick actually admits that it has a homeless problem,” Burricelli said.

While Elijah’s Promise is not a homeless shelter, it is designated a “Code Blue” site during snowstorms or when temperatures drop well below freezing.  The City of New Brunswick declared “Code Blue” for nine days straight leading up to the survey.

Just around the corner from the soup kitchen is the city’s only long-term homeless shelter, the Ozanam Men’s Shelter, which houses 40 adult men, as well as two transitional housing programs.