UPDATE: This article has been updated to reflect a public notice sent out yesterday by Franklin Township.

MILLTOWN, NJ—The 7,000 Milltown residents who buy water from New Brunswick’s embattled Water Utility have not yet been notified of the water quality cover-up that took place, despite the fact that they may have been exposed to disease-causing microorganisms.

“Other municipalities have sent out things to their constituents.  I’m sure we would probably do the same,” Milltown Mayor Eric Steeber told New Brunswick Today.

On November 20, New Brunswick’s Business Administrator said, “[Milltown and Franklin] have been notified and both towns will get a copy of our public notice.  They then do with that what they choose.”

On November 27, New Brunswick notified its thousands of customers in detail about a major cover-up of water quality problems from 2010 to 2013. 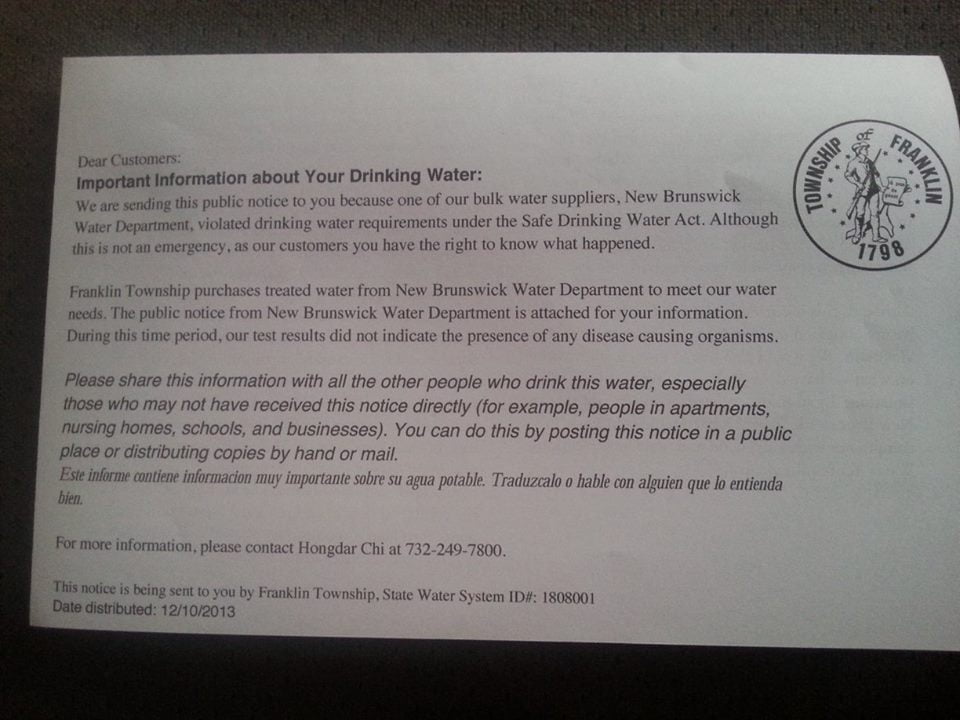 And yesterday, Franklin Township notified their customers, including  the full text of New Brunswick’s notice.  However, at last night’s Council meeting, Manager Robert Vornlocker said “no notification has been made.”

Milltown officials did not issue similar notices, and during their final Boro Council meeting for the year, officials couldn’t say when they would be formally notifying their own customers of the problems that may have affected their water.

Officials in Milltown also cited ambiguous “investigations” at various levels of government, and Mayor Steeber hinted that litigation against the City of New Brunswick may be in the works. 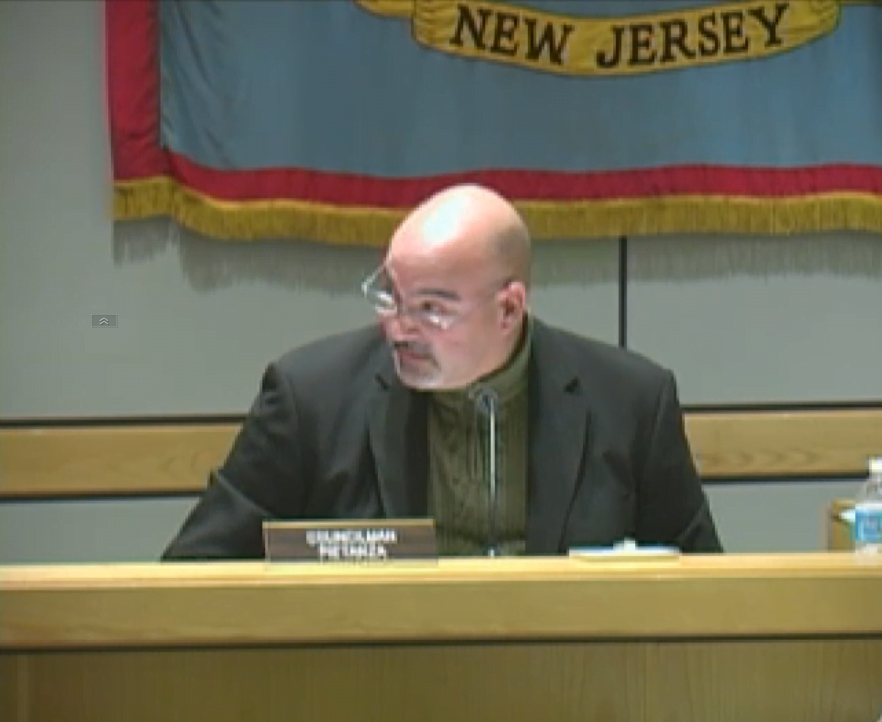 Other Milltown officials seemed to think their work was done.

“I emailed you our statement over a week ago and it was read at this meeting on television,” Councilman Joseph Pietanza said, speaking out of turn and raising his voice, while implying that there was nothing more to be done.

Pietanza actually emailed us the following statement on November 27, indicating that Councilman Randy Farkas–and not he, himself–had said it:

The Borough of Milltown Samples water independently from New Brunswick and in fact does more tests than those required by DEP to guarantee the quality of our drinking water and the safety of our residents. This matter is currently being investigated, and it is anticipated that additional information will be made available at the conclusion of the investigation

At that time, I will schedule a public meeting with the Superintendent, our new licensed water operator, and our Borough Engineer to answer any questions any resident may have concerning our water utility and the quality of our drinking water.

New Brunswick Today had previously left three phone messages for Business Administrator Denise Biancamano.  All three went unreturned, and she did not respond to an email sent yesterday.

Vornlocker, the Franklin Town Manager, also hesitated to talk about the issue publicly last night:  “I don’t really want to go into this in the public session… We’re beginning to tread on territory we really shouldn’t tread on.”

But Franklin officials have previously taken a hard line against New Brunswick.  Their Water Department purchases, on average, 1.5 million gallons per day from New Brunswick, in addition to other sources.

“If we have to incur any additional extra costs relative to re-testing, or if there’s anything like, that I suggest that we have to be prepared to go after New Brunswick for reimbursement of those costs,” said Councilman Brian Regan.

“I think we should tell New Brunswick to ante up,” said Mayor Brian Levine.  “What happened with them, I think they should be paying.”

Franklin’s Town Attorney Louis Rainone said that he received a call from an attorney representing Milltown regarding a potential “joint effort” against New Brunswick.

“They asked whether or not Franklin was interested in maybe meeting and discussing with them ways in which the municipal customers might be able to do this as kind of a joint effort… and what response that they’re going to have to this,” he told the Council on November 27.

“So I told them that they could certainly send us whatever information they had and that would probably something that we would probably participate in,” said Rainone.

By contrast, Milltown’s elected officials have been quiet on the subject of the scandal.  Edward O’Rourke the man accused of the cover-up worked for Milltown as well, as recently as September.