NEW BRUNSWICK, NJ—Under pressure from local activists, the Board of Freeholders passed a resolution banning a dangerous type of gas drilling in Middlesex County, and showing support for a ban across the entire state of New Jersey.

The measure, passed unanimously at the most recent Board of Freeholders meeting, makes Middlesex
County is the first county in New Jersey to prohibit hydraulic fracking, a controversial extraction process that was made illegal in New Brunswick earlier this year.

In hydraulic fracking, large numbers of chemicals and large amounts of water are injected into the ground, breaking open the rocks deep within the earth and freeing the oil or natural gas underneath.

Hydraulic fracking has been shown to have serious negative effects on the environment and the health of people and animals nearby.  Most notably, the process has been connected to water contamination.

Food and Water Watch, as well as other environmental and social groups, have been building support for a county-level ban on the practice for more than six months.

During the November Freeholders meeting, Food and Water Watch presented a letter calling for an end to fracking in Middlesex County.

The letter was signed by approximately two dozen organizations in and around Middlesex County.

Freeholder Charles Tomaro voiced his support for the measure, saying that, “Chris Christie has vetoed legislation that would ban fracking in New Jersey, failing to protect our drinking water from this dangerous practice.”

Freeholder Charles Tomaro announced that he would send out copies of the resolution to the other 20 counties in New Jersey, encouraging them to take action as well.

Members of Food and Water Watch, as well as other groups including the NJ Public Interest Research Group (NJPIRG), Environment New Jersey, and the NJ Sierra Club were present at the meeting.

The ban was received well by advocates and attendees at the meeting.

“This will end up generating enough support that other counties will follow suit,” said Elliot Warren from Environment New Jersey.

“Other municipalities will generate the same bans, and make sure that the counties will take the same action.”

Jim Walsh, a city resident who has run Food and Water Watch’s New Jersey office since 2009, said the ban was appropriate for Middlesex County.

“It’s no surprise that county freeholders would take prudent action to ban a dangerous, dirty practice like fracking.” 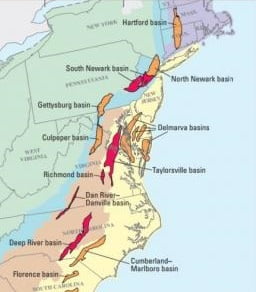 Highland Park and New Brunswick were the first two municipalites in New Jersey to ban fracking.  Both bans were adopted after Food & Water Watch raised the issue.

According to the U.S Geological Survey, Middlesex County sits atop 876 billion cubic feet of natural gas.  The natural gas is part of the South Newark Basin, where fracking has not yet been proposed.

Although fracking has not yet been attempted in New Jersey, it has had numerous adverse effects on the environment and public health in numerous states.

Many residents of New Jersey have expressed concern about Pennsylvania’s gas boom having fallout effects on New Jersey, in the form of proposed piplines, gas power plants, and offshore liquified natural gas ports.