NEW BRUNSWICK, NJ—Brian Levine, the mayor of Franklin Township is not happy with New Brunswick’s Water Utility, which provides millions of gallons of water to his town’s residents each and every day.

Levine said he was surprised that New Brunswick Mayor James Cahill never contacted him about major problems at the city’s Water Utility, which serves residents in New Brunswick, Franklin, and Milltown.

“They never reached out to me… If they’re guilty of what is alleged, then I think it’s a terrible thing,” Levine said in a phone interview last week

But Cahill’s longtime Business Administrator Thomas Loughlin appeared to tell a different story: “We’ve spoken to both the towns.  Both were understanding, both offered their support,” he said during a tumultuous City Council meeting last week.

Levine shot back, “I’m not supporting anyone who would pull a scam on the public.  That’s how municipalities get bad names.”

“It’s going to cost me time and money to either get the word out or make sure the water is okay,” he said. 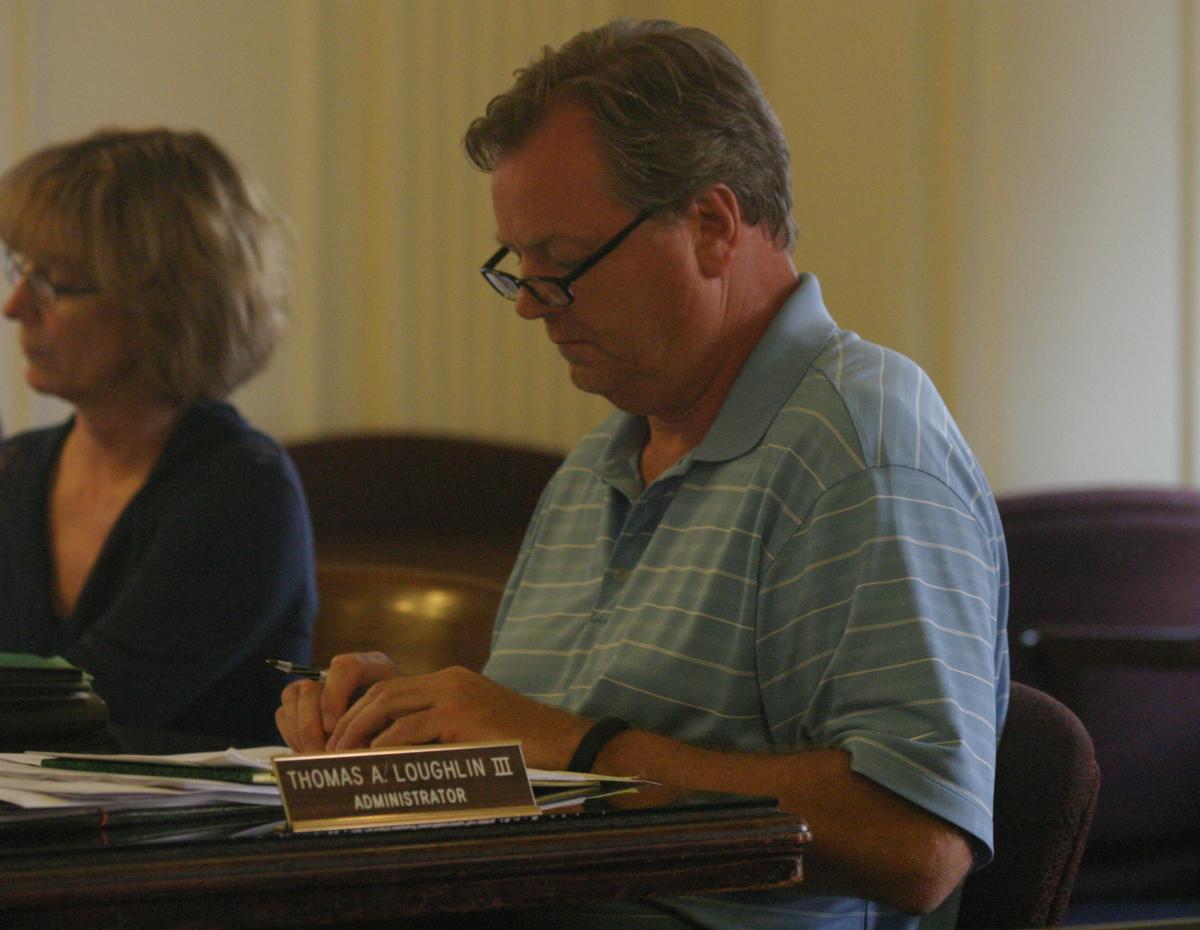 As we reported on November 14, for at least three years, the city’s 146-year-old public utility was lying about the quality of the water it was providing city residents, and residents of the two neigboring communities that buy the water in bulk.

Loughlin, who was in charge of the utility when the violations occurred, hinted that the municipalities could potentially re-evaluate their decision to regularly purchase millions of gallons of “bulk water” from the New Brunswick Water Utility.

“I don’t know what their long-term decision will be… I’m sure they expect compliant water just as our residents.”

Today, for the first time, New Brunswick made an effort to notify the utility’s thousands of customers of the violations.

A notice mailed out to residences and businesses was also posted on the city website: “During the period of January 2010 to May 2013, the New Brunswick Water Department violated numerous treatment and monitoring requirements of the Federal and State Safe Drinking Water Act Regulations.”

“If we incur additional costs because of the charges that the [New Brunswick] results have been falsified, and we have to run additional tests, the cost of that should be incurred by New Brunswick, not by us.”

On Monday, at Milltown’s Boro Council meeting, Councilman Randy Farkas read a prepared statement: “This matter is currently being investigated, and it is anticipated that additional information will be made available at the conclusion of the investigation.”

“The Borough of Milltown Samples water independently from New Brunswick and in fact does more tests than those required by DEP to guarantee the quality of our drinking water and the safety of our residents,” Farkas said.

Farkas confirmed that Edward O’Rourke, the man accused of submitting intentionally false paperwork to the state, also worked for Milltown in a shared services arrangement. 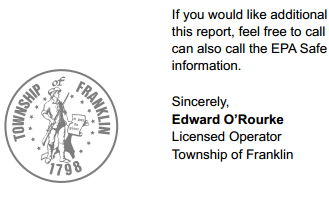 The same month that the Department of Environmental Protection began investigating problems with water cloudiness in New Brunswick, Franklin Township reported a spike in “total coliforms,” a measure of microscopic bacteria in the water.

According to an “Unresolved Total Coliform Notice” made the following month to Franklin customers, “We took 92 samples for coliform bacteria during June 2013; 9 or 9.7% of those samples showed the presence of coliform bacteria. The standard is that no more than 5 percent of our samples may do so.”

“The Total Coliform was reported during the week of June 10, we took 9 repeat water samples on 6/14/2013 in the area where positive coliform were reported. All results come back negative. To ensure good water quality, we also flushed our water mains. Total 94 hydrants were flushed.”

“We do not detect coliform bacteria now.”