NEW BRUNSWICK, NJ—A rainy forecast and poor planning caused a chaotic start to the Rutgers school year Monday, as droves of students were prevented from entering the school’s annual involvement fair once the crowd reached capacity.

Normally, the event is held outside on Voorhees Mall, but predicted thunderstorms caused Rutgers to relocate to a student center and gymnasium on College Avenue.  The event began at 2pm, but around 3pm the inclement weather ended, revealing a beautiful day and a mob of students looking to get involved.

More than 100 students crowded outside the main entrance to the Rutgers Student Center, while workers strictly enforced the fire code.  At times, staff members used a bullhorn to tell students to come back later.

Staffers told New Brunswick Today that a growing number of on-campus groups would have made the fair crowded, even if it were held outside.

Unable to fit tables for all of the 422 groups recruiting at the event, the fair was also expanded to the College Avenue Gym. 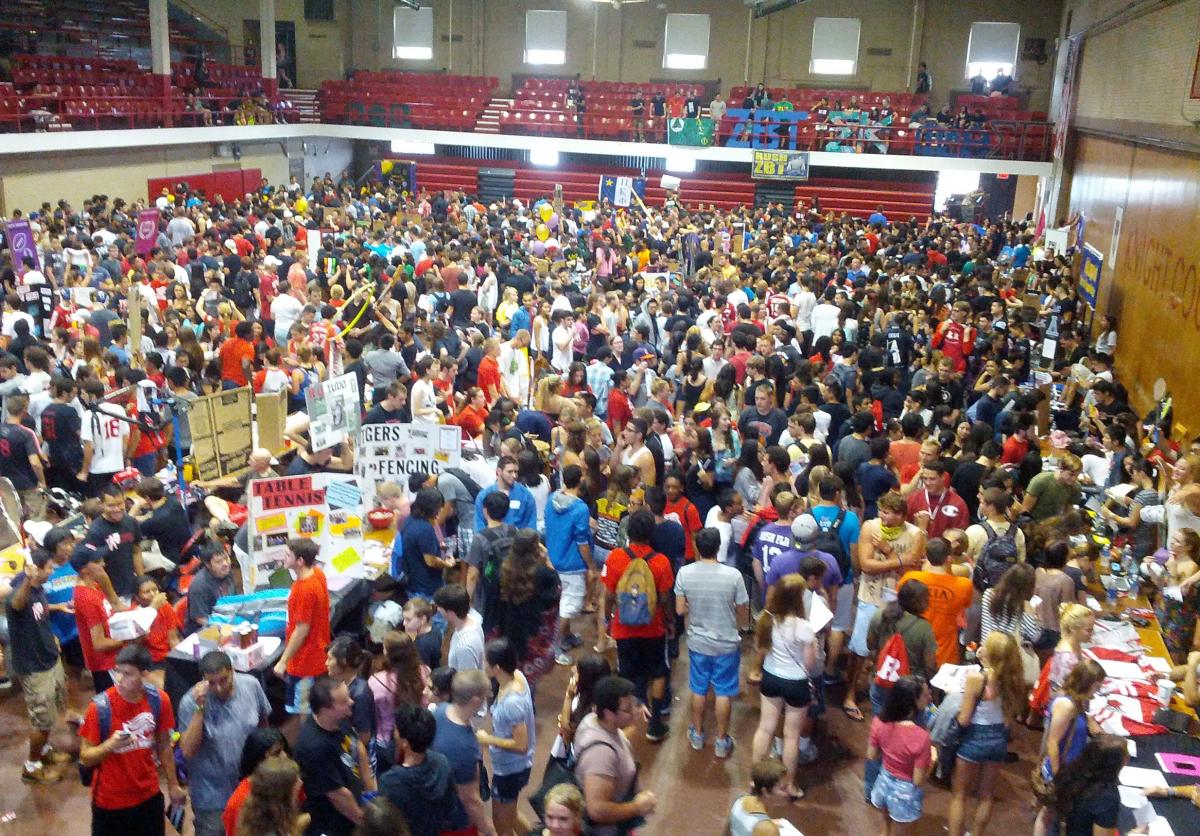 While students were able to freely access the gym, between two and three thousand students crowded the facility.  And the organizations tabling there were limited to just two categories: athletics and fraternities/sororities.

It was also remarkably hot and the university did not think to move in any fans.

“That place is hot even when there’s no one in it,” remarked one dean at the university.

A source said the event’s organizers had discussed potential rain dates for the fair, but were unable to arrange for one due to the school’s three home football games this month, as well as a number of religious holidays.

R.O.N., a fictional robotic Knight character created by the student orientation program at Rutgers, tweeted the following at 3:17 pm: “We are experiencing large crowds of awesome #rutgers students at the involvement fair. Give us time to filter people out and come after 430!”

A Rutgers spokesman told New Brunswick Today, “Students turned out in large numbers despite the bad weather. In order to safely manage the capacity of the facilities, a system was established which allowed students to enter after other students left the fair.” 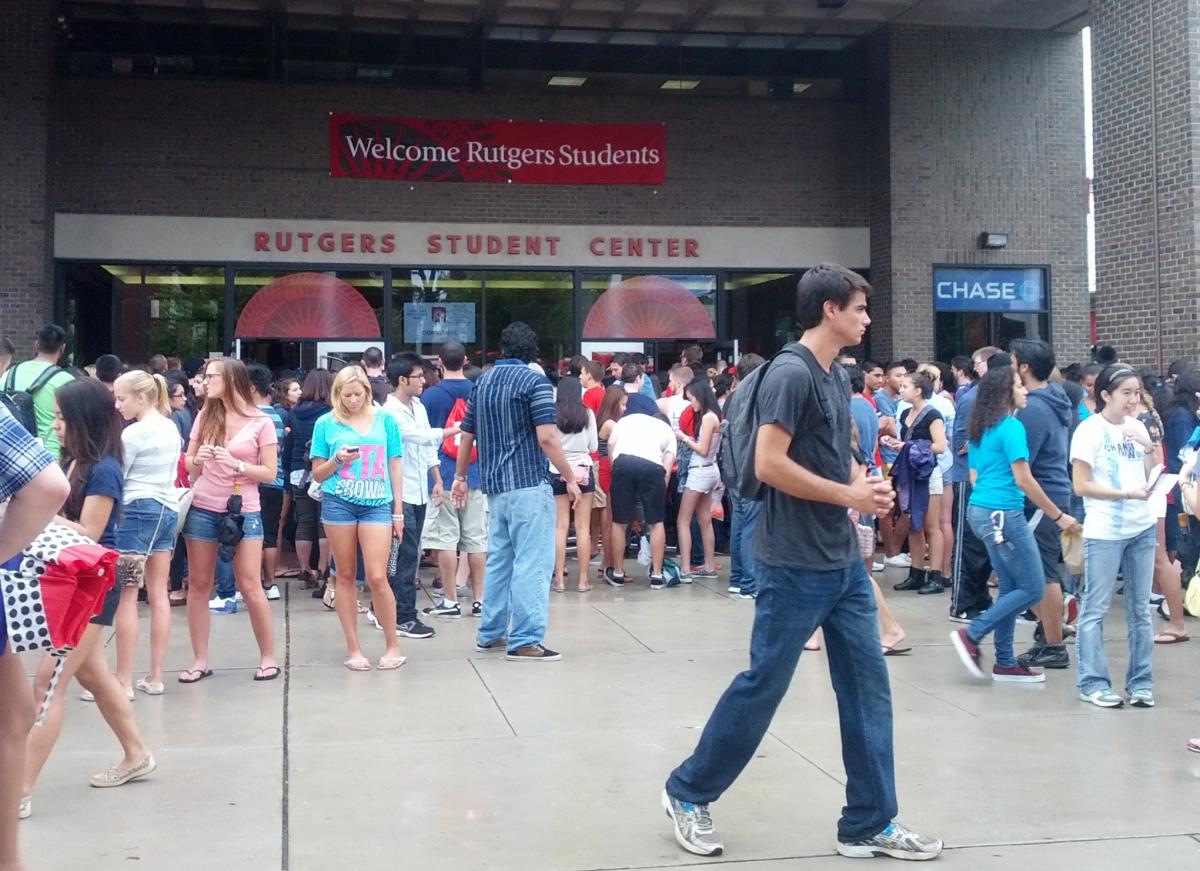 “Students chose to either wait in line or leave and return later in the day. Students understood the circumstances and situation and were cooperative with staff.”

But an anonymous source at Rutgers complained about the lack of a large enough space to host events, something staff have been pushing for over the course of the past several years.

“It is embarrassing that we don’t have any sort of large event space or auditorium on this campus to host large events. Our largest multipurpose room space is about 500-600. Compare that to our peer institutions and you’ll see that we are embarrassingly behind.  Brookdale has a bigger space than us,” said the source.

Rutgers said, “Student Life has not received complaints from students about the fair and, in fact, has received positive feedback from student organization members regarding how many new students they met and interacted with at the Involvement Fair.”

But on social media, many had complaints about the event.  Twitter user Paige Mallett posted, “If you want to know what hell probably feels like just go to the Rutgers involvement fair for an hour with no water bottle.”