NEW BRUNSWICK, NJ—The Original Raritan River Festival & Rubber Duck Race will be held for the 34th consecutive year this Sunday, September 29 in Elmer B. Boyd Park from 12-6pm.  The event is free and open to the public.

Rehabilitated and reopened in 1999, Boyd Park is located on the riverside of Route 18 and Commercial Avenue. Today the park serves as the site of various community music programs and annual events. It is also the location of New Brunswick Landing, a floating dock with slips available for boaters. 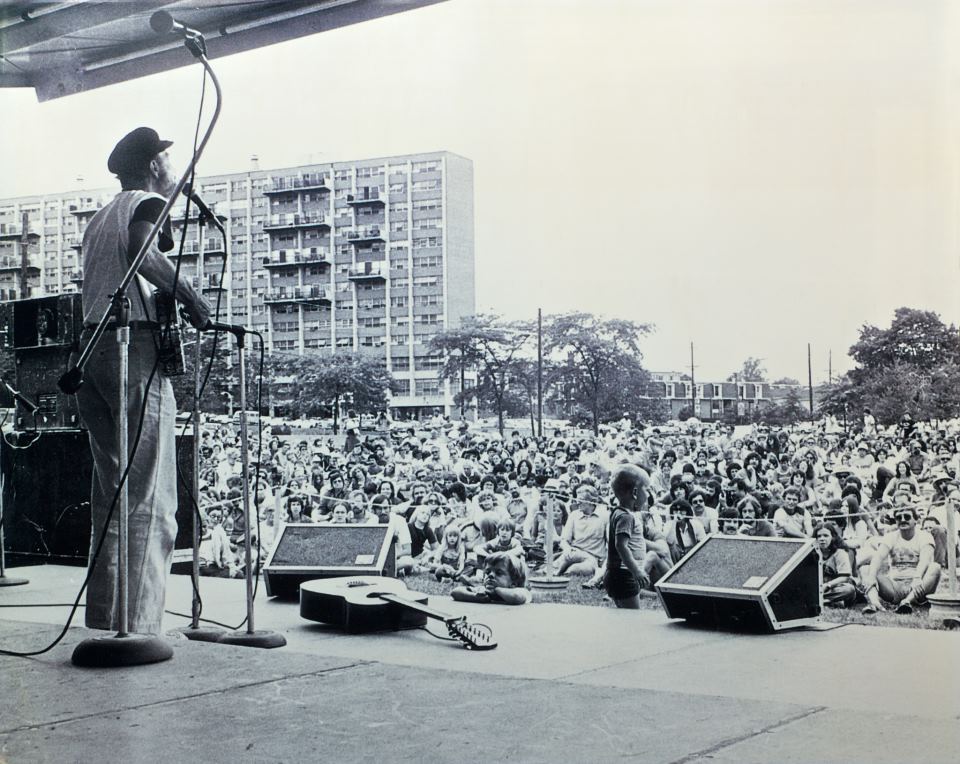 The Raritan River Festival began in 1980 on the 300th anniversary of the City of New Brunswick.  The headliner that year was none other than Pete Seeger.

According to the festival’s first chairman, M.J. Babcock:

Historically the development of Central New Jersey was based largely on the utilization of the Raritan River to transport people and goods. Most of this commerce was centered around the head of navigation at New Brunswick.”

As the years went by, the construction of Route 18 severed the city of New Brunswick from her river, and new generations of New Brunswick children grew up without an understanding of the historical role that river transportation played in the development of the City.

The Original Raritan River Festival is a free event featuring local vendors, environmental activities, and live music throughout the day. This year’s lineup includes popular local artists like The Band Called FUSE, Buzzard Wagon, and many others.

The full schedule of performers is available on the Raritan River Festival website.

The festival will also offer fitness classes, Duckland for children, environmental activities, contests like “Burger Mania,” as well as food and craft vendors. A beer garden will also be located next to the main stage, courtesy of Harvest Moon Brewery. 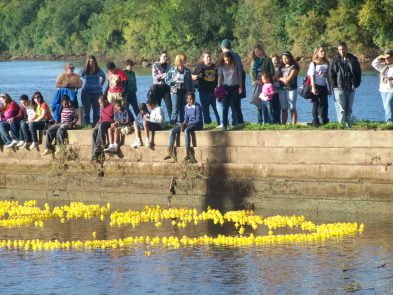 Other festival events include fitness classes, canoe rentals and a cardboard canoe race, robotics demonstrations, and the highlight of the day: the rubber duck race.

Participants adopt rubber ducks to watch them race along the Delaware and Raritan Canal. The rubber ducks are “egg-dropped” into the canal by the Beez Foundation, the Rubber Duck Race’s organizers. According to Sue Winkler, Entertainment Director for the festival on behalf of Hub City Revival, “The duck race is the highlight of the event, and it is a fundraiser for the Beez Foundation, a nonprofit that helps fight pediatric brain cancer.”

First prize for this year’s race is a $1000.00 American Express gift card.

You can adopt a duck online or by making a $5 donation at the festival.  For more information, visit the festival’s Facebook page.