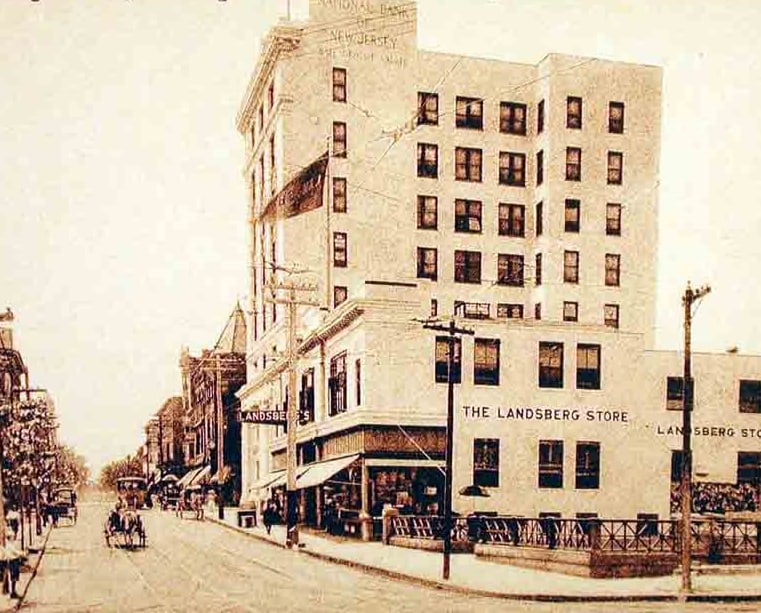 George Street Closed Due to Partial Collapse of Historic Building

NEW BRUNSWICK, NJ—Bricks reportedly came tumbling from the top of an eight-story building at about 5:30 this morning, prompting the police to close one block of George Street for the past twelve hours.

The Chase bank branch in the building was closed, and the bank is directing people to other branches. One worker named Elizabeth told New Brunswick Today that no one was hurt.

Harvest Moon, a brewpub located next door, was forced to close for the day as a result of the collapse.  Their building, owned by the same developer, appeared to suffer minor damage from the falling bricks.

NJ.com quotes a policeman as saying, "Part of a building – siding – came off; we don't want people walking around down there."

The city announced the road closure at 9:02 this morning on their Facebook page, without disclosing the reason for it.  After New Brunswick Today asked why the city did not use its Nixle emergency alert system, city police issued an alert at 12:37 pm, six hours after the incident.

"George Street (between Albany Street and Church Street) will be closed due to a partial building collapse, Work crews are on scene and hope to have George Street open later this afternoon," read the alert.

As of 3:30pm the street was still closed as a crew worked to set up scaffolding in case more of the building collapses.

The historic building at 390 George Street is eight stories tall and was built in 1908, according to Emporis.  Originally it was one of the tallest buildings in the city and the home to the National Bank of New Jersey, which left the downtown area in the 1970's.

Currently, the building is owned by notorious developer Omar Boraie.  According to Boraie Development's website, the building has 60,000 square feet of renovated office space.

Among the building's tenants are the Middlesex County Board of Taxation and the Rutgers University School of Social Work.