NEW BRUNSWICK, NJ–Inspired by the world’s problematic dependence on burning fossil fuels and coal for energy, professors at Rutgers University are researching better solutions for energy consumption in the hopes of combating the effects of climate change.

One of the top research schools in the nation, Rutgers conducts a vast range of research for a greener society including studies on biofuels, solar energy, photovoltaic, energy policies, wind energy, and hydrogen.

Professor Charles Dismukes from the Department of Chemistry and Chemical Biology and the Waksman Institute of Microbiology was acknowledged in the Rutgers Energy Institute for his research on chemical and biological approaches to renewable energy production. His research focuses on bio-inspired artificial photosynthesis for making fuels, using the principles of natural photosynthesis to do so.

“It is a new science for solar fuels,” said Dismukes.

Modern energy storage is accomplished using batteries which are made from rare materials like lithium.  Therefore, most batteries have a low energy density storage which means it can only hold a small amount of energy per unit weight.

In order to supply a home with power using a rare and low energy density material like lithium, the size and cost of the battery would be so large and expensive that it couldn’t be scaled to have a global impact.

“Solar fuels can achieve higher density energy storage so far less material is needed. The impact this could have is that one could decrease energy use in fossil fuels,” said Dismukes.

Dismukes plans to apply the existing solar capture technology that’s already in solar panels by adapting them for use in photo-electrolyzers that solve the energy storage problem by splitting water into its elements using low cost abundant materials.

This research has been patented and a second patent has been filed. Vigorous effort is going on right now to create disposable electrolyzers, according to Dismukes.

“But what we need is more corporate, private and government funding of [research and development],” said Dismukes. “The rate of which this is being funded is completely limited by lack of money.” 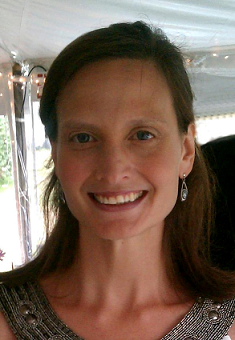 According to Professor Rachael Shwom from the Human Ecology Department, the government plays a big part in regulating the use of energy in the United States.  Shwom researches how U.S. energy policies are influenced by efficiency improvements that are often identified as an important and politically achievable step to reduce American greenhouse gas emissions.

In her research, she found that energy policies today not only have to focus on industries, but also people’s energy use behaviors.

“In the 70’s when the first energy crisis hit, there was a big emphasis on saving energy in ways such as putting on a sweater and lowering the heat, but as people got more energy efficient technologies, such as heating, some people would tend to blast the heat,” said Shwom.

“Efficiency decreases the amount of energy appliances consume, but with this behavior of excessive consumption in addition to the growing population and technological advances, energy consumption still increased.”

According to Shwom, it is difficult to get energy efficiency policies passed by the government, but when they do adopt a policy change, energy savings increase dramatically. These policies help reduce energy consumption per person which is important to the growing society.

“The media did not do a good job in accurately representing the information, but has become better as they’ve realized the problem.”

“Our addiction to fossil energy and historical unwillingness as individuals to adopt energy efficiency and sustainable practices is accelerating the day when this limited resource will be unavailable as fuel,” said Dismukes.

“Earth is on course for its inevitable geological destiny much faster than expected. The big surprise is that humans, the chosen ones, are the ones accelerating it.”